Google’s Android L is here: And the L stands for…? 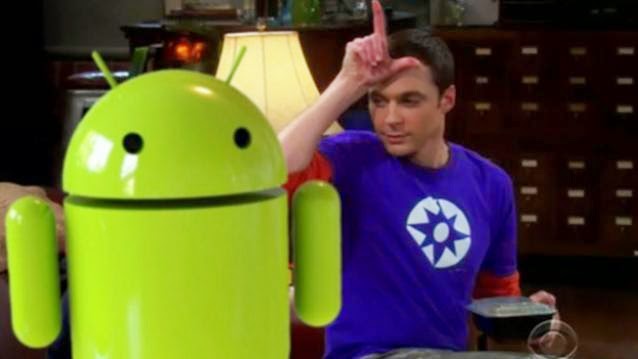 Not that kind of L, we hope (Original Image: CBS Interactive)

Finally, the next iteration of Android is here with a refreshing new look and some cool improvements. Google has introduced it as ‘L release’ without giving any specific name, and has kickstarted the guessing game for which dessert the search giant pick would pick next. The company will release the developer preview later today and will probably christen it when the first official devices running it finally arrive later this year.

The next version of Android is about to begin with L, and there are a lot of theories as to what the name could be. While lollipop, lemonhead and licorice seem to be a current crowd favourite globally, Indians are expecting it to be named after the desi sweet – Laddu or Ladoo. In fact, last year a group of students from IIT-Kharagpur – which also happens to be Pichai’s alma mater – have been lobbying for the next version of Android to be named Lassi.

HTC has quickly put out an image showing several options to consider from including lemon meringue, lady fingers, lava cake and even lemonade. There are some who also feel, the name is ‘L’ itself, while others think the company is buying time to fetch a sponsored brand. The Indian Twitrrerati is rooting for Ladoo, while some are ripping into the name, saying Ladoo’s updates would be called Motichur, Boondi, etc. Some others are busying joking around the L itself…as in L for Loser.

Here’s a quick look at what Twitterati is saying:

We’re excited for what @Google has in store at #io14. Any guesses for the Android L release name? pic.twitter.com/A4CtKGsFgh
— HTC USA (@HTCUSA) June 24, 2014

Android L is very much a preview – it will still get a dessert name later in the year, for sure. New Nexus then probably too.
— Gareth Beavis (@superbeav) June 25, 2014

@daveyalba You’d think “Lollipop” or “Licorice” would be easy. Unless they want another sponsored brand.
— Andrew Freedman (@Andrew_Freedman) June 25, 2014

UNLESS ANDROID L IS ACTUALLY ANDROID LADDOO. THEN I’M GETTING A NEXUS/ONE/WHATEVER DEVICE. I THINK.
— Rajat Sharma (@rajat15) June 26, 2014