Google to take on Pinterest? Google Stars leak points to big changes to you Chrome bookmarks 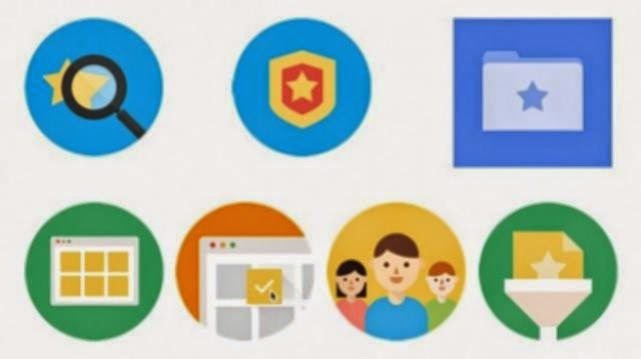 We heard about Google’s supposed Pinterest and Pocket competitor Stars earlier this year, though the feature has yet to materialise as a final product. However, Google seems to have jumped the gun and leaked Stars to the Chrome Web Store, allowing anyone to try out the feature. However, the extension has now been pulled from the store.

Android Police which managed to check out the extension, before it was pulled, says is still being dogfed inside Google or is in testing phase.

So what is Google Stars? It’s basically a revamped bookmarking feature for Chrome, which extends beyond the browser. When you install the extension, it claims to “add the Google magic to your data,” and arranges your existing bookmarks chronologically, while also suggesting topics you might be interested, based on your history. You can then sort out your bookmarks or ‘Stars’ into folders for easier access.

Google adds a bunch of pre-determined filters based on what it thinks are your interests. By default, folders are private, but you could share them with your circles, if you wish. Stars replaces the “bookmark” icon in Chrome’s omnibox, to avoid duplicate bookmarks.

What this is in reality is Google’s take on Pinterest or Pocket, which allow you to save things to see or read later. Like Pinterest, you can arrange stars by folder, so you have them ready for later. Pinterest has become the de-facto ‘planning’ platform, but with Google’s existing user base and the single sign-in system, the company will have a massive leg-up over rivals. Like Pinterest, users can create a folder with saved Stars for recipes or for their travel plans, and like Pocket, they can save stuff to read later.

Needless to add, Stars will also allow Google to collect user data in a more efficient manner, and would give the company insights into how users are sorting out their data, so that targetted ads are more precise.

The big problem at the moment—and this is based on the initial leak, which said more features will be added—is that this is restricted to Chrome and the web for now. Not everyone uses Chrome, let alone the many extensions, so the initial adoption is likely to be limited.

If Google does launch this, we can assume that it will have an Android app as well, which is the crucial piece of the jigsaw. Pinterest and its ilk are not native apps; they have to be downloaded, which is a barrier, albeit a small one. In the case of Pocket, it has in-app purchases too, which can be a turn off for smartphone newbies. Google could eliminate that by delivering a sort of hybrid for both these popular apps for free. For first-time Android buyers, Stars will serve that purpose without needing a third-party app. And along the way, Google has more data to use for ads.