Google search mobile switch a revolution for some 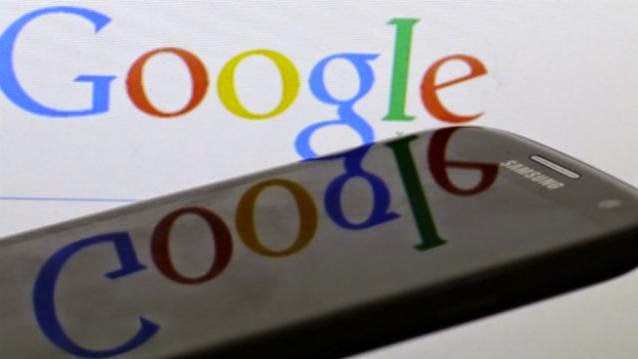 Google’s latest Internet revolution this week saw the web giant modify its search algorithm to favour mobile-friendly sites, in a bid to upstage Apple that US media branded a “mobilegeddon”.
US technology website WIRED described Tuesday’s algorithm switch as “likely the biggest change of the past three years.

“And it’s reminder of the wonderfully magnanimous yet deeply selfish way that Google uses its market power to accelerate changes across the rest of the Internet,” it added.
The change comes in the same week as a Google announcement it will launch its own US mobile wireless service, with considerable potential savings for customers using their devices at home and for international travel.

Google argues its algorithm revolution is good for users.

“We want to make sure they can find content that’s not only relevant and timely, but also easy to read and interact with on smaller mobile screens,” Google said in a statement to WIRED.

More than half of Internet searches worldwide are made on mobile phones, a trend that is driven by figures out of developing countries where smartphone penetration is higher than computers.
In 2011, a change to Google’s search algorithm affected 10% of English-language websites, while the 2012 change impacted some four percent, according to WIRED.

But the recent change, the extent of whose impact cannot yet be fully measured, has also sent shockwaves among brand owners and marketers, for whom online visibility is hugely important.
“Google has the power of life or death over some websites. A drop in Google ranking can mean a 60 to 80% loss in turnover,” e-marketing firm JVWEB’s president Jonathan Vidor told AFP. Even if mobile phones bring in only a small proportion of revenues, “everyone is scared Google might do something drastic”, Vidor added.

While it threatens to throw websites that have not been adapted to smartphone technology to the bottom of search rankings, the change introduced Tuesday has yet to cause the major impact experts had predicted.

“I observed absolutely no impact” on Tuesday said Benoit Sillard, director of leading French publisher CCM Benchmark, 40% of whose finance, women’s and news magazines online visits are via mobile.

“It will take at least a week before we see an initial impact, as the algorithm is going through a learning phase,” said Paul Amsellem, who heads a marketing, technology and mobile phone advertising firm, the Mobile Network Group.

Amsellem believes “Google has just lost its mobile search bet” by placing unrealistic — and ultimately unfulfilled — hopes in websites shifting over to mobile platforms en masse.
Mobile phone applications pioneered by Apple are still coming out on top in the race for the Internet throne.

Apple had placed its bets very early in the game on mobile phone downloads, Amsellem said, giving the technology icon the lead by taking control of applications, content and graphics, making users’ experience “the best it can be”.

Google’s Android apps are also hugely popular, but they tend to be less user-friendly than their Apple competitors.

Google risks losing users if its search results are not adequately adapted. It may even lose out in revenues from advertising and sponsored links — the company’s main source of money.

And Google earns less anyway if users go straight to apps, rather than use the search engine to get where they want to go. Ultimately, Google’s drastic move may mean users simply cannot find the site they’re looking for.

According to US magazine Techcrunch, 44 percent of Fortune 500 websites failed the search test, and another four percent of sites did not produce a result.