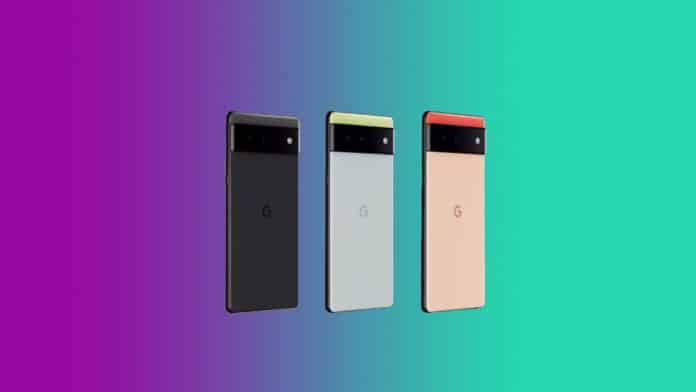 Google Pixel 6 Series Launch Date: The upcoming Google Pixel 6 phones are likely to incorporate ultra-wideband, or UWB, short-range wireless communication technology. It will allow IoT devices to be accurately monitored and positioned, as well as high-speed data transfer across a high-frequency radio spectrum. Australia, Canada, France, Germany, Japan, Taiwan, the United Kingdom, and the United States will be the first to receive the new Google phones.

Google has yet to announce the Pixel 6 series launch date, thus the Pixel 6 smartphones may not be available in India.

The Pixel 5a was just announced, and the Pixel 5a India launch is likely to follow shortly after the popular Pixel 4a in the mid-range segment.

(also see: The Pixel 6 and Pixel 6 Pro will have an in-display fingerprint sensor)

The code also showed that the Pixel 6 and Pixel 6 Pro would support up to 7x zoom when shooting videos in 4K quality at 60 frames per second.

The Pixel 6 Pro might include a 5x telephoto camera, while the Pixel 6 series could be without Super Res Zoom.

In the next Pixel 6 series, the company will use its in-house chipset Whitechapel processors for the first time. The Pixel 6 and Pixel 6 Pro will be available in two variants in the next Pixel series. The complete set of specifications was leaked by Front Page Tech’s Jon Prosser. The devices will feature a two-tone finish with a thin orange stripe and an orange “G” branding. Android 12 will be pre-installed on Pixel 6 devices.

The Google Pixel 6 release date has yet to be announced, but the internet giant is expected to stick to the same launch schedule as the Pixel 5.

The Pixel 6 has already been rumored to have an in-house Google processor. The next Google flagship will be powered by the Whitechapel chipset, which was developed in-house by Google.

A snapshot of ‘Whitechapel’ language included in a code update submitted to AOSP in the URL verifies the same in a new report by XDA Developers. The important information of Google Camera 8.3 APK, which has been pushed along with the Android 12 Beta 3 operating system, has been revealed. The latest camera APK released information on the display, back cameras, and front camera of both the Pixel 6 and Pixel 6 Pro handsets.

The Pixel 6 will include a 6.4-inch Full HD+ AMOLED screen with a punch-hole cutout. The display will have a refresh rate of 120Hz and will be powered by an in-house Google processor that is believed to be comparable to the Snapdragon 870 SoC. The Pixel 6 will ship with the Android 12 operating system and a 4,614mAh battery. The phone will be available in two configurations: 8GB RAM with 128GB or 256GB internal storage.

The Pixel 6 will include a dual-camera system with a 50MP primary wide-angle sensor and a 12MP ultra-wide-angle lens. The smartphone will sport an 8MP camera on the front.

The next generation of Google phones is likely to have 33W rapid charging technology as well as power bricks in the box.

In terms of the Pro model, the top-tier Pixel 6 Pro will include a triple camera system on the back, which is an upgrade over the Pixel 6. The camera will include a 50MP wide-angle lens, a 12MP ultra-wide sensor, and a 48MP telephoto lens. The smartphone is reported to include a 12MP camera on the front. The handset is also claimed to include an optical zoom and several additional camera capabilities.

The Pixel 6 Pro will include a 6.71-inch Quad HD+ OLED display with curved edges and a refresh rate of 120Hz.