Google may be working on Google Pixel 2 XXL codename ‘Taimen’, a third smartphone for Pixel 2 lineup 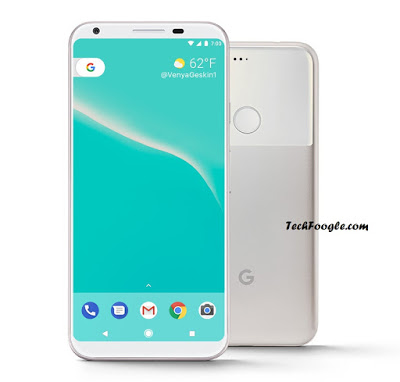 Google is working on the second generation of its Pixel lineup as the company confirmed that the smartphone is coming this year. The rumours have already started going around with reports of Google dropping the 3.5-mm headphone jack.

The latest rumour about the upcoming flagship comes as a report by Droid-Life. According to the report, Google may be working on a third smartphone under the codename ‘taimen’ to be launched as part of the Google Pixel 2 lineup.

Droid Life points out that it has confirmed the existence of the source from multiple sources. There are no details about the lineup except the code names for other two smartphones, ‘Muskie’ and ‘Walleye’. ‘Muskie’ is supposed to be the bigger 5.5-inch device while the other device, ‘walleye’ will be a smaller device with 5-inch screen size. The third smartphone ‘taimen’ might simply be called Google Pixel 2 XXL if the company follows the route of a screen size larger than 6 inches.

This comes almost a month after it was confirmed that the upcoming Google Pixel 2 smartphones will be premium flagship devices instead of a mid-range or watered down versions of the powerful Pixel lineup.

The smartphones are expected to come with Qualcomm Snapdragon 83X processors along with the rumoured Android O release.