Google Stadia Technology, a cloud gaming service, was launched in 2019 in response to the market potential of cloud gaming. Since then, the Mountain View behemoth has poured resources into Stadia, adding new features and games. However, the service did not take off as well as the corporation had hoped. The exponential expense of generating high-end games forced Google to close its in-house Stadia game production team in early 2021. Many of the company’s partners are now offering Stadia’s technology as “Google Stream.”

Google is selling Stadia technology under the name “Google Stream.”

According to a recent Business Insider story (paywalled), Google has begun selling Stadia‘s technology as a service to a few chosen partners, including Bungie, Peloton, and a few others. Google’s product is dubbed “Google Stream,” and it’s being marketed as a technology that other firms can use to power their games or create a streaming platform similar to its own.

While Peloton is said to be leveraging Stadia technology to power its fitness-focused games for exercise bikes, such as “Lanebreak,” Bungie had ambitions to develop its cloud game-streaming platform similar to Stadia. However, given Sony’s recent acquisition of the latter, it’s unclear if Google will be allowed to offer its Stream service to Bungie.

According to industry sources familiar with the situation, Google’s business model for the Stadia-branded service follows a “content flywheel” strategy. It entails retaining fresh independent games from established publishers to give to clients over time. “The key thing was that they would not be spending the millions on the big titles, and exclusives would be out of the question,” According to a source familiar with the situation, Business Insider.

As a result, it appears that Google has abandoned its efforts to compete with industry-leading cloud gaming services such as Microsoft’s xCloud and Amazon’s Luna. Nonetheless, the business appears to be gradually moving its Stadia platform to service and has begun to broaden its support for LG and Samsung smart TVs. 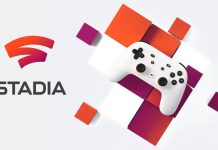 Good News for Gamers, these Games will be able to play...