Google Drive vs. One Drive vs. Dropbox: Which storage app works best? 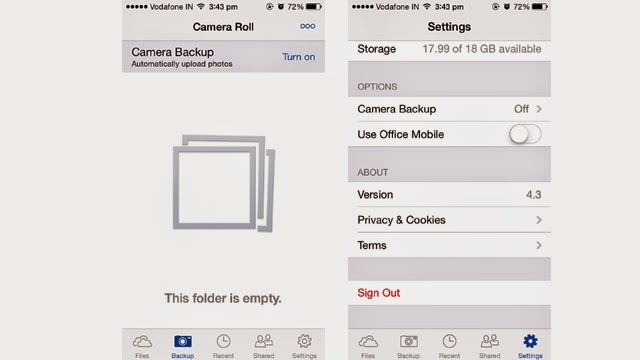 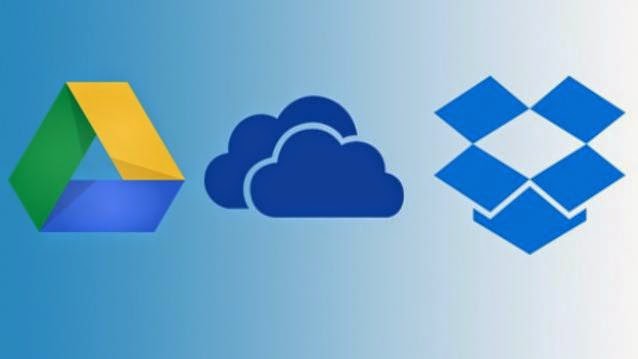 If smartphones had unlimited storage, we’d have all our favourite movies, music and photos saved right onto our phones, carrying them everywhere we went. Sadly, we are yet to see a smartphone with capabilities that advanced. In fact, extra storage can cost quite a premium. To put this into perspective, the 64GB iPhone 5s costs an eye-watering Rs 71,500 – Rs 18,000 more than the 16GB version.

Thank heavens for storage apps! Not only can you store a lifetime’s worth of photos, music and documents on an 8GB smartphone, but you can also access them from multiple devices and maintain backups. Move over physical storage options – cloud storage apps you can save you time, space as well as the money you’ll be spending on memory cards.

Many smartphones come pre-equipped with storage apps. Motorola provides 50GB of Google Drive storage with its Moto devices; while phones running on the Windows Phone operating system come with nearly 20GB of One Drive storage. But the perfect storage app may vary depending on how you intend to use it. Here’s a look under the hood helping you find out what each cloud service has to offer and which one will suit you best.

Automatic photo upload
Both Dropbox and One Drive have the option to automatically transfer photos from your phone to the cloud. This allows you to delete old photos and free up space on your phone. While you can upload photos to Google Drive, you’ll have to do so manually as there’s no ‘Automatic upload’ feature.

Camera backup on One Drive and Dropbox

Creating and editing documents
With Dropbox, you can open office documents such as spreadsheets and Word files. But you can’t edit them from within the app. However, you are given the option to open files on any document-editing app such as Google Drive or Office Mobile.

One Drive opens documents, spreadsheets etc on Office Mobile – Microsoft’s free Office app for mobile. If you don’t have it installed, the app asks you to download the app so you can proceed. This is the default setting, but you can change this by un-checking Office Mobile in the settings.

You can’t edit documents in Google Drive for iOS either – it makes use of office apps such as Google Docs or Office Mobile for editing documents.

Privacy
If you intend to save personal files on the cloud, you can’t possibly ignore its privacy features. All the three apps – Dropbox, One drive and Google Drive ensure that files are private, unless you choose to share them with others. However, Dropbox and Google Drive also includes an option to lock the app with a passcode so that no one other than you can access the stored files. 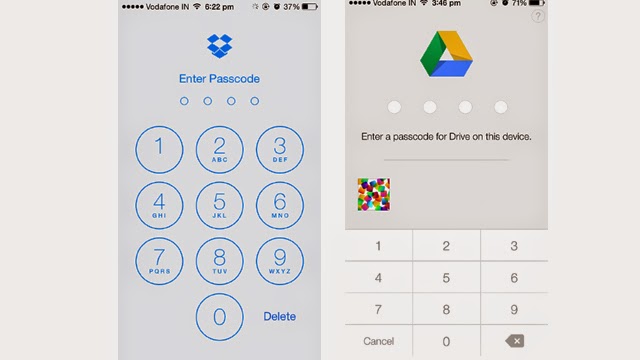 Sharing
Sharing is Google Drive’s strongest feature, which gives it an edge over Dropbox and One Drive. You can either choose anyone with the link to access your files, or assign specific people who can view, comment or edit photos.

Both Dropbox and One Drive let you share files only by sending the link to the files. The receiver gets a copy of the file and cannot make changes or add comments to the original file.

Features
Dropbox has some of the best features out of the the three options. It comes with a linking system, which allows you to connect your desktop to your Dropbox account. This it does by just clicking a picture of your desktop screen. 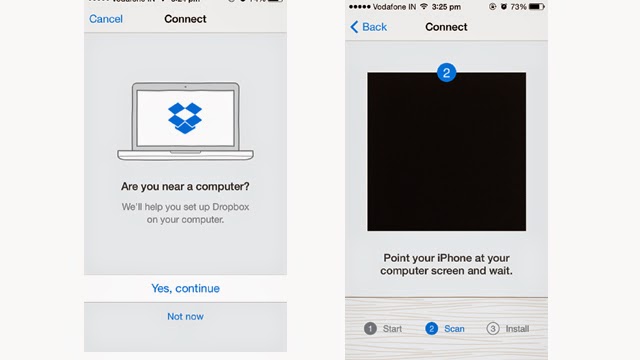 All the three storage apps let you print, delete and move files between folders from within the app.

Verdict
All the three cloud apps are extremely easy to use and are competent at the job they are meant to do. Google Drive has an edge in terms of sharing documents between computers and other contacts, however Dropbox tops our list for its flexibility, privacy and range of features.