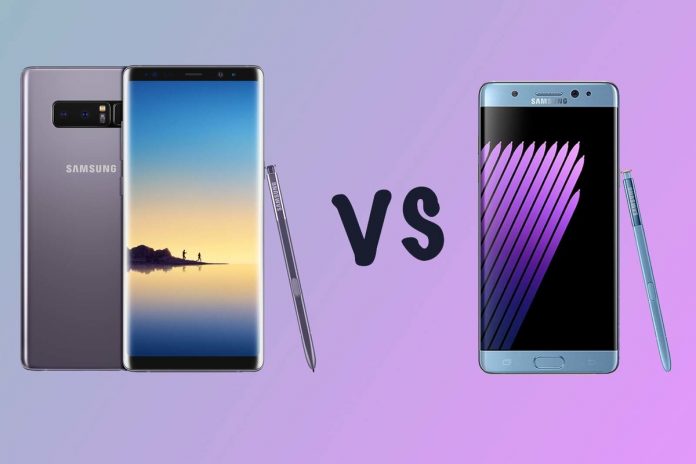 The 12MP primary camera has a wide-angle lens with an f/1.7 aperture whereas the secondary 12MP camera has a telephoto lens with an f/2.4 aperture. The dual-camera setup is capable of 2X lossless zoom and other features such as Bokeh effect and selective focus for background blurring. The rear camera setup records video in 4K at 30 FPS and features phase detection autofocus, dual optical image stabilization (an industry first, claimed by Samsung) and an LED flash. On the front is an 8MP camera with an f/1.7 aperture which captures 4K videos at 30 FPS whereas, the Galaxy Note 7 had a 5MP front camera with 1920×1080 full HD video recording at 30fps. 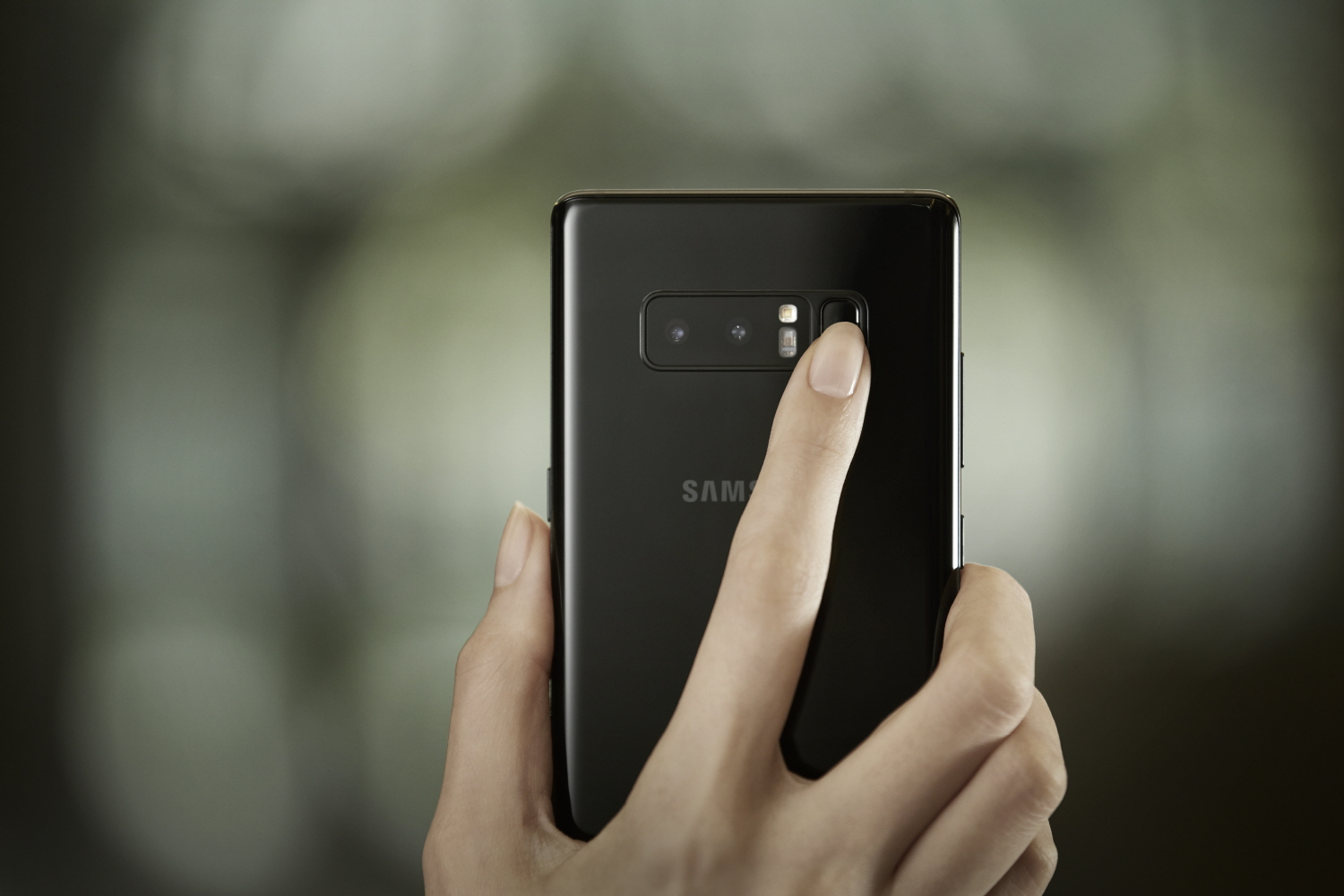 Another widely anticipated feature is the new and improved S-Pen.

Similar to the Note 7 stylus, the new S Pen is water resistant and has more levels of pressure sensitivity. The latest S-Pen features include capability of taking notes up to 100 pages in the Screen Off Memo mode, a live messages which are saved as GIFs and the user can also hand-write a message or picture with the S Pen. Also, the translate feature, introduced on the Note 7, is making a come back in this year’s Note 8. To translate a sentence, a user has to simply highlight the text and the S Pen will instantly translate the sentence into 71 languages.

On the design front, both the Galaxy Note 8 and the Note 7 feature Corning Gorilla Glass 5 panels on the front and the back. Samsung is offering an almost all-screen front with a metal and glass body design along with a built-in stylus. The smartphone sports a 6.3 inch 2960 x 1440 px Super AMOLED display with curved edges. With an 83.1% screen-to-body ratio and almost bezel-less design (compared to the Note 7), Samsung is aiming to rival other similar flagship devices.

Coming to what’s under the hood, the newly launched Galaxy Note 8 runs Android 7.1.2 Nougat with a promised update to 8.0 Oreo in near future.

As is with all Samsung flagship devices, the Galaxy Note8 will ship with two different chipsets, the Qualcomm Snapdragon 835, 2.45 GHz octa-core processor with Adreno 540 GPU for USA and China, and the Exynos 8895, 2.3GHz Quad-Core (Custom CPU) + 1.7GHz Quad-Core (Cortex-A53) with Mali-G71 MP20 for the remaining markets. The device will have 6GB RAM and onboard storage options of 64GB/128Gb/256GB which will be expandable via microSD card up to 256GB.

Powered by a 3,300 mAh battery with QuickCharge 2.0 via USB Type C port and the rear glass panel allows the Galaxy Note 8 to support wireless charging. Thanks to Galaxy Note 7’s 3500mAh faulty batteries, Samsung has opted for a slightly smaller battery for its new flagship.

For added security, Samsung is offering plenty of biometric security options to choose from, such as iris scanner and facial recognition, apart from a fingerprint scanner. The Galaxy Note 7 was amongst the first of Samsung smartphone to feature iris scanner for unlocking the device.

The smartphone will be available in four colour variants (two of which were leaked ahead of its launch)– Midnight Black, Orchid Gray, Deep Sea Blue and Maple Gold.