Google Android One to make a grand entry in India today 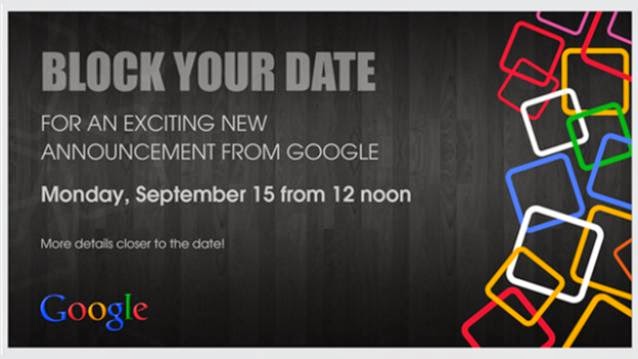 Google is about to make an announcement in a launch event today and we are at the event covering it live. The invite we received had colourful squares without giving out any obvious clues. But if we had to look for hints, the intersecting squares do result in a lot of ‘L’ shapes. Today is the D-day and we can’t wait for Google to unravel the mystery.

With Google all set to launch Android one today, expect it to change the face of budget smartphones, as Google is betting huge in terms of both money and expertise to provide users with impressive Android smartphones at low costs. Micromax was named as one of the major partners along with Spice and Karbonn, and all three will work closely with Google for new phones, which will feature Google-provided software and not software provided by the companies’ production partners as has been the norm so far. Think of them as the new Nexus phones, since Google says software updates will come straight from them.

Previous rumours have suggested Android One will be released in late September and early October along with the first wave of devices. The first wave of Android One smartphones will only be the beginning and average prices will fall even lower than $100, which will open Android up to a larger audience.

Google had announced that Android One phones will receive the L release as soon as it’s available, but since releasing the developer preview, we haven’t heard about the timeline of L’s official arrival. It could be that the Android One line-up will bring the official Android L version to the market. It’s also likely that Google is just teasing Android L in the image and will announce a guaranteed update process for the new Android One range.

We will of course be keeping a close eye on what exactly is going on at Google India and will be bringing you the latest news today.

@techfoogle
Previous Google Android One to change the face of Indian mobile brands with huge advertising investments
Next Here’s why Microsoft is buying Minecraft-maker Mojang for a reported $2.5 billion