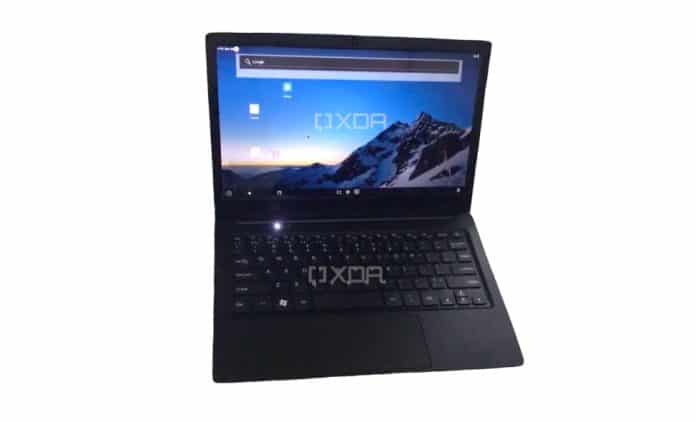 Geekbench has discovered a JioBook featuring a MediaTek MT8788 SoC and 2GB RAM.

Reliance Jio is working on a low-cost laptop branded JioBook, according to a rumor on XDA Developers earlier this year. JioBook was discovered on the BIS certification database with model numbers NB1118QMW, NB1148QMW, and NB1112MM a few months later. The ‘NB1112MM’ variation of these three models has recently been discovered on Geekbench, disclosing the laptop’s crucial characteristics in the process.

Geekbench has discovered key specifications for the JioBook. 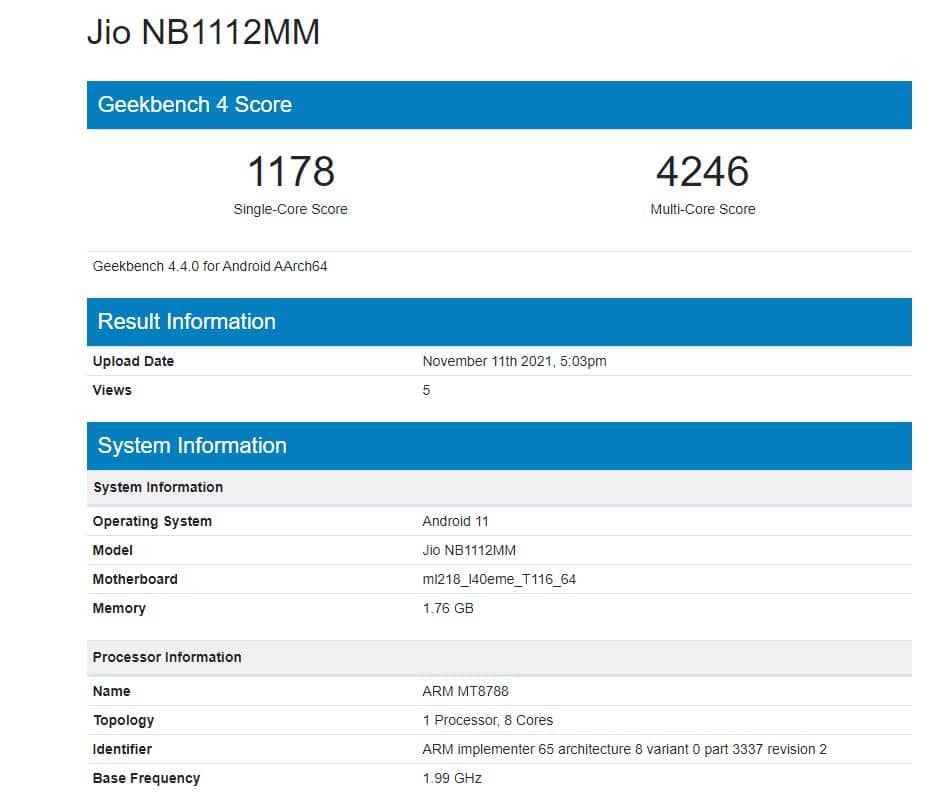 The MediaTek MT8788 is a 12-nanometer octa-core chipset featuring four Arm Cortex-A73 high-performance cores and four Cortex-A53 low-power cores. The visuals are handled by the Mali-G72 MP3 GPU. According to the specifications, the laptop should have 2GB of RAM. In terms of software, it might come pre-installed with a bespoke JioOS based on Android 11.

The JioBook might have a 1366×768 resolution display, according to leaks and reports thus far. A Snapdragon 665 chipset with a Snapdragon X12 4G modem might be included in at least one variant. The 2GB devices are anticipated to come with 32GB of eMMC storage, while a higher-end model with 4GB of LPDDR4X RAM and 64GB of eMMC 5.1 storage might be available.

With the JioBook clearing BIS and Geekbench, the laptop’s release date appears to be closer than ever. The laptop is yet to be formally announced by Jio, and we will keep you updated as soon as it is.