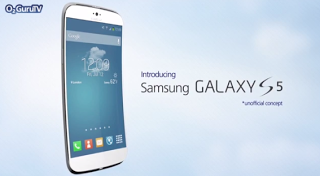 A lot of rumors have been making the rounds lately, suggesting the Galaxy S5 will be launched in the first quarter of 2014, earlier than usual than previous Galaxy S flagships have launched. The latest rumor supporting the fact came just today, but according to Russian blogger Eldar Murtazin, the Galaxy S5 will be launched in late April instead of in Q1.
Now, before you take that too seriously, keep in

mind that Murtazin is quite notorious for being inaccurate most of the times. Not that the reports about an early launch are to be believed either, but for now, there’s no telling when Samsung will actually release the Galaxy S5. A faster launch does have its advantages – sales of the Galaxy S4 have not managed to hold up that well against the company’s expectations, and the Galaxy Note 3 isn’t a device that can keep the cash flowing in for the company, both because of its high price and large screen. However, there’s a disadvantage that counters it, mainly that it wouldn’t be fair for owners of the Galaxy S4, many of who probably bought the phone only recently.

What do you guys think? Should Samsung go ahead with an earlier-than-usual launch, or stick to the traditional yearly schedule?