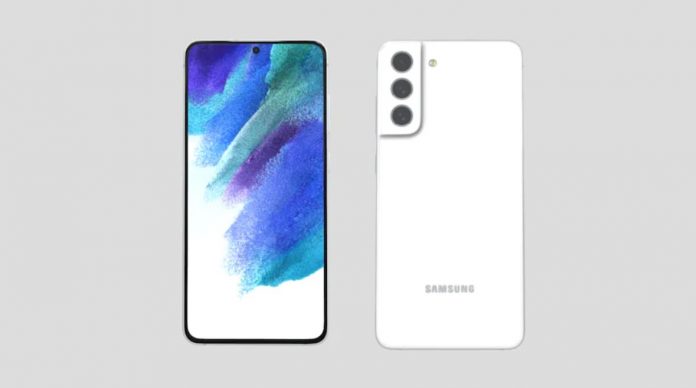 According to a source, the Samsung Galaxy S21 FE will be launch next month. Following the success of the Galaxy S20 FE last year, many customers have been anticipating the Galaxy S21 FE. It was previously reported that the phone will only arrive in one Snapdragon 888 CPU version. The smartphone is also said to include an Exynos 2100 CPU, which is the same as the one seen in the Galaxy S21 series in India. Other important features of the smartphone have previously been teased.

In Geekbench’s database, a new version of the Samsung Galaxy S21 FE has surfaced. It has the SM-G990E model number and appears to have an Exynos 2100 CPU and 8GB of RAM. Geekbench 5.1 gave the phone 1,084 points in the single-core CPU test and 3,316 points in the multi-core CPU test. While testing has revealed that the Exynos 2100 is still not as fast as the Snapdragon 888, the Exynos model of the S21 FE appears to function comparably to the Snapdragon version (at least in CPU-bound tests).

The Galaxy S21 FE has a 6.5-inch Super AMOLED Infinity-O display with a 120Hz refresh rate and an in-display fingerprint scanner. On the back, it sports a 12MP triple-camera system and a 32MP selfie camera. It comes pre-installed with Android 11. The phone comes with dual speakers, an IP67 rating, and a 4,500mAh battery that supports 25W fast charging as well as wireless charging. 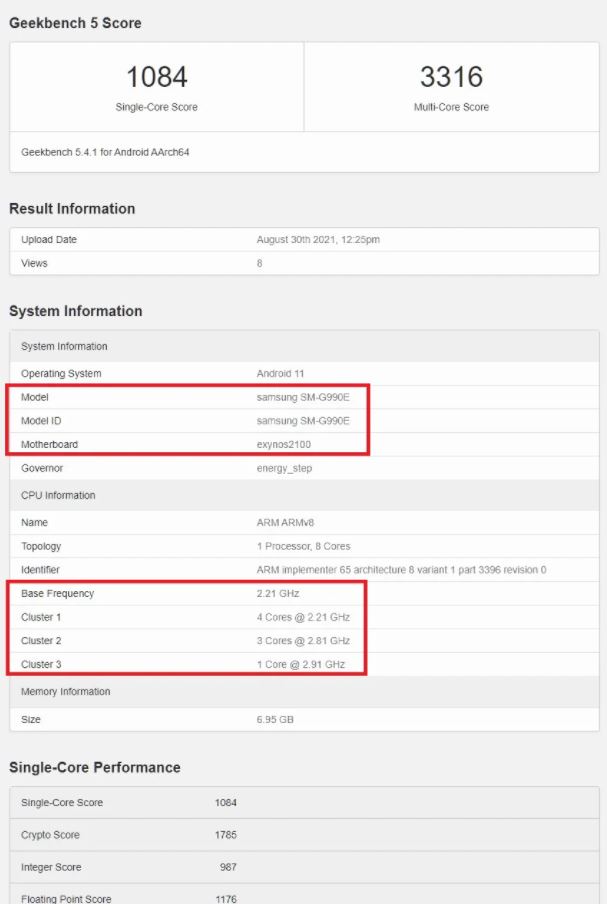