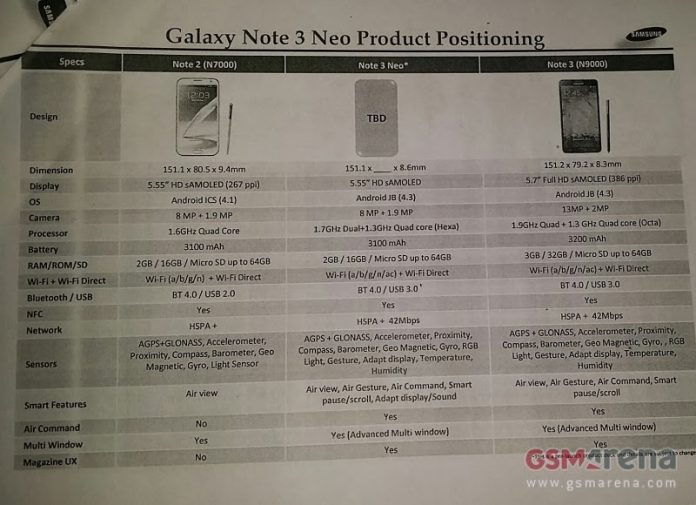 We’ve known about the Galaxy Note 3 Lite for some time now, and the folks at GSMArena are offering us a detailed look at the “liter” Note 3′s – which will come to market as the Galaxy Note 3 Neo – hardware. Well, as it turns out, the Note 3 Neo is actually a Galaxy Note II for all intents and purposes, but what’s surprising is the processor powering the device. The leaked documents mention the Note 3 Neo as having a processor with two 1.7GHz cores and four 1.3GHz cores, making it the industry’s first hexa-core processor (a fact Samsung boasts of in the marketing material.)
The hexa-core processor looks like Samsung’s
attempt at reducing the costs of making the device while still offering respectable performance (and power savings, which will likely come from the 1.3GHz cores working during simple tasks), and could make its way to other mid-range/not-so-high-end devices in the future. Other specs of the Galaxy Note 3 Neo are the same as the Note II: there’s a 5.55″ 720p Super AMOLED display, 8-megapixel camera, 2GB of RAM, 16GB storage and a microSD slot, and a 3,100 mAh battery. It runs on Android 4.3 out of the box, and will share features of the Galaxy Note 3, including including Air command and Advanced Multi Window, and also the faux leather back that some love and some hate.
A launch date for the Galaxy Note 3 Neo still remains a mystery, though it should be out in the market before the end of March, following an announcement likely at MWC next month. Pricing is unknown as well, and judging by the supposed EUR 300 price of the Galaxy Grand Neo, the Note 3 Neo might just be heavily overpriced as well, though Samsung is always welcome to surprise us in that regard. 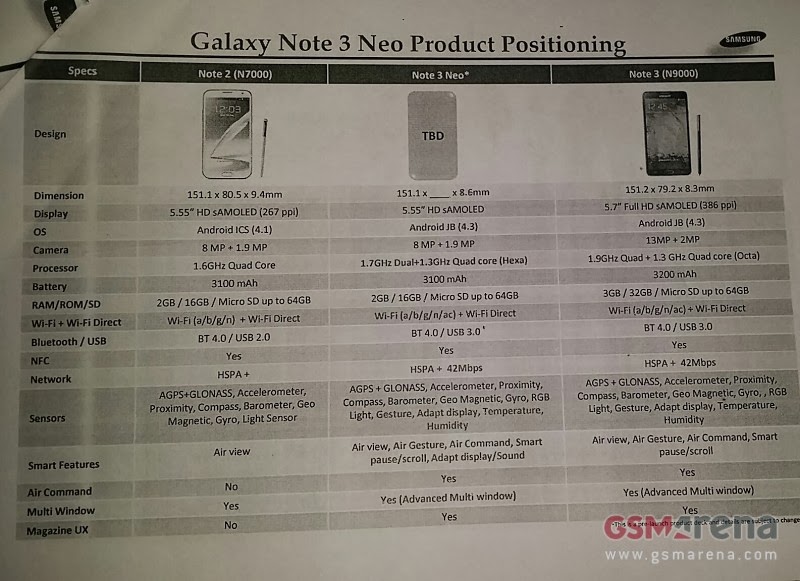 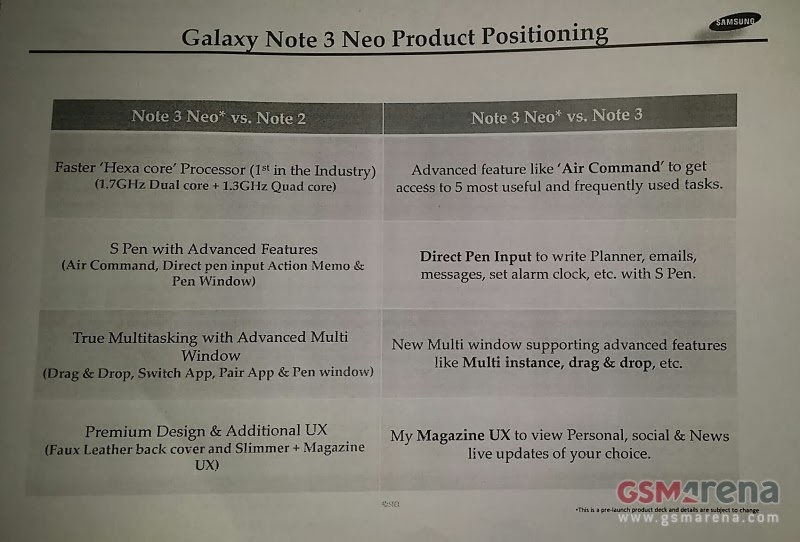 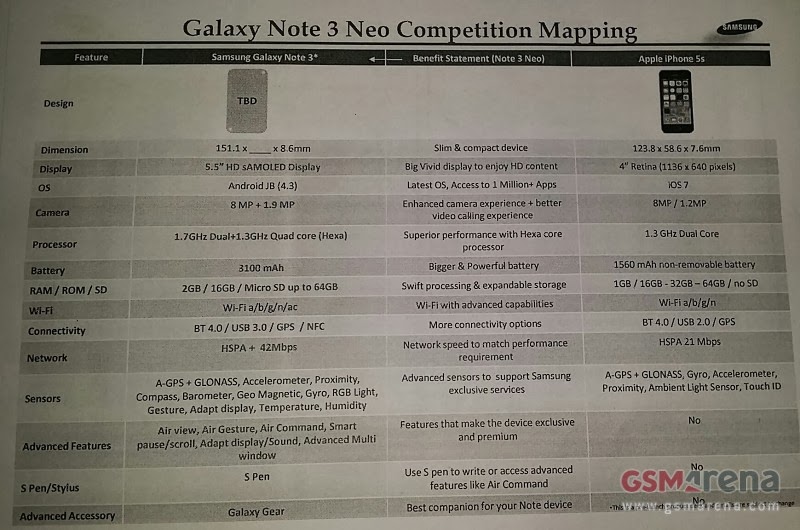