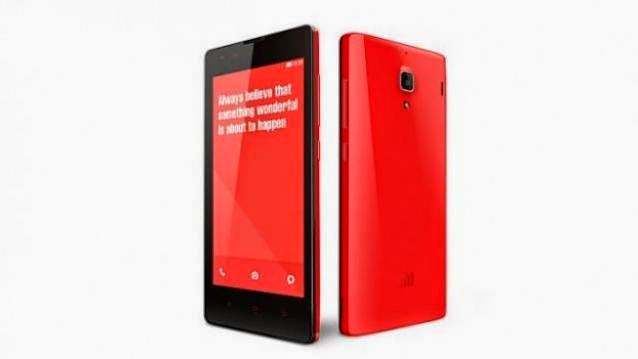 Xiaomi has unveiled its next smartphone Redmi 1s for Rs 5,999 at an event in Delhi. The all new Redmi 1s will go on sale on September 2 and the registrations for the phone will begin at 6PM today.  Looks like, Xiaomi along with Flipkart will follow the same flash sale strategy.

In July, Xiaomi had announced that the Redmi 1s will be sold at Rs 6,999 for the Indian market. However, the price has been dropped to 5,999 to further intensify the competition in the budget mobile segment in India.

The Redmi 1S sports a 4.7-inch 720p IPS display. It comes with 16GB of onboard storage and a microSD card slot that further expands it up to 64GB. It is fuelled by a 2000mAh battery and runs Android 4.3 Jelly Bean with Xiaomi’s MIUI layer on top. There’s a 8MP rear shooter and a 1.6MP front camera.

Compared with smartphones in the similar price range, the Redmi 1S sports a larger and sharper 312 ppi display thanks to the HD resolution. In terms of processing speed, it should offer a tad better performance than the Moto E and Asus Zenfone 4. Take a look at how it stacks up against the Moto E and Zenfone 4.

At the event, Xiaomi’s Hugo Barra has also announced four exclusive service centres to be set up in Chennai, Gurgaon, Mumbai and Hyderabad.