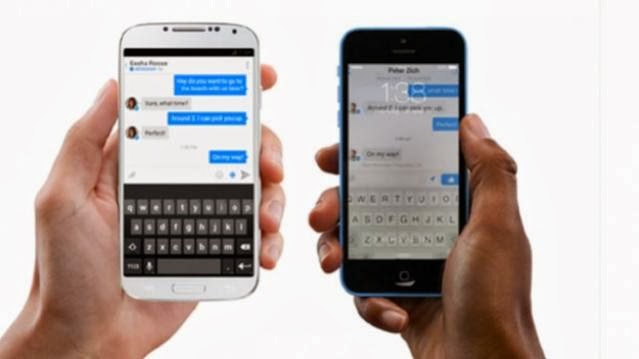 With all the updates and design changes coming to Facebook Messenger for Android and iOS, Windows Phone users have been feeling a little left out. The third most popular mobile platform does not have a dedicated Messenger app yet, but this is about to change.

Microsoft’s Joe Belifore has assured users that the instant messaging app will arrive on the Windows Phone Store within “weeks”. He made the announcement during a press and analyst event at Barcelona, on the sidelines of the Mobile World Congress.

TechCrunch reports Belifore as saying that Microsoft had been working with Facebook to test the implementation out for a while now and it was looking good enough for a release now. There’s no particular date that Belifore has committed to in order to bring Messenger to Windows Phone.

The app is slated to look different to what the iOS and Android apps look like since it will be molded around the Windows Phone interface. It will work independently and won’t come bundled within the Facebook application. Hopefully, it will also support the stickers that have become quite the rage with Messenger users now.

Windows Phone may have toppled BlackBerry as the third most popular OS but it has been lagging in terms of applications. Of course, Microsoft has been aware of the issue and has been incentivising the process of submitting apps since the past year or so.

Thanks to Microsoft’s constant efforts, apps like Instagram, Vine and more made their way to Windows Phone last year. Hopefully, this year will also bring a bunch of widely used apps from both the iOS and Android platforms to Windows Phone.