The topic of Twitter has been gaining popularity ever since Elon Musk bought it for $44 billion. Musk made changes to the microblogging website, including firing a good chunk of the staff and handing out blue checkmarks for just $8. In addition, he’s conducted polls on essential matters to gain public opinion and abide by the results.

Elon Musk recently released a poll asking his Twitter followers if he should step down as head of the social media site. In whose favor would you say the scales are tipping? Let’s find out!

In the face of significant backlash after making a seemingly unscrupulous change to Twitter’s link-sharing policy, Elon Musk took to social media with an open vote. He asked, “should I step down as head of Twitter?” Because the community responded unfavorably, he received a new plan.

At the time of writing this article, the poll had received more than 15 million votes (0.05% out of all Twitter users), and it seems like Musk would have to step down from his role as Twitter’s CEO. Yes is winning by a significant margin, receiving close to 57% of votes.

The most pressing issue with Musk at the helm of Twitter is that he might still be staying on the ship after two months. It’s a fact that no suitable successor has been found. In reply to a Twitter user, Musk revealed that “there is no successor” as “No one wants the job who can keep Twitter alive.”

As of writing, we haven’t seen any indications that Elon Musk will make official announcements about his retirement today. We’ll keep you posted if anything changes! How do you feel about this poll, and have you voted yet? Let us know in the comments below. 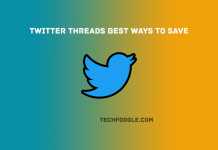