Diwali 2014 buying guide: Tablets worth considering for over Rs 20,000 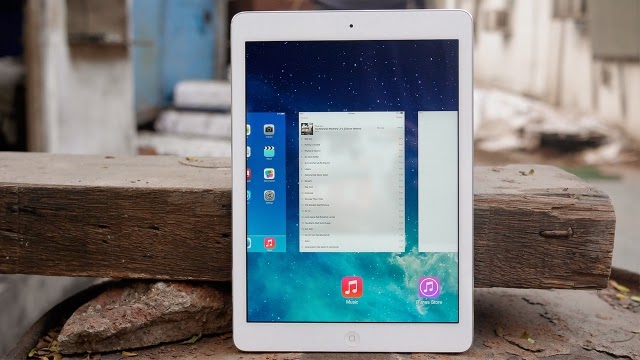 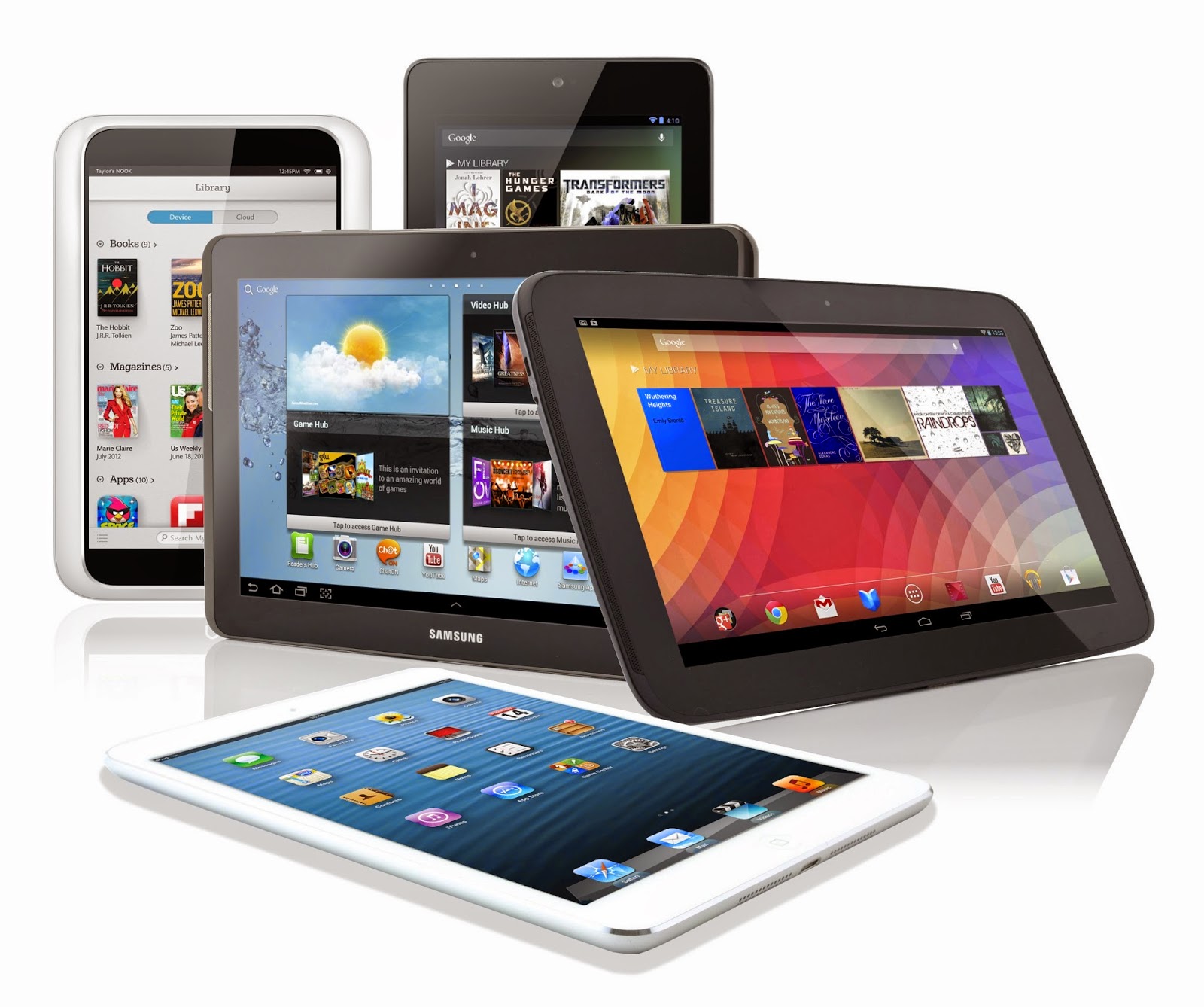 If you’ve got a over Rs 20,000 to spare to buy a tablet this Diwali, chances are that you might be disappointed with your choices. Some of the latest tablets released in this price segment are the iPad Air 2 and iPad mini 3, Samsung Galaxy Tab S 8.4 and 10.1, and the HTC Nexus 9. Of these, the iPads will land in India post Diwali and start at an attractive Rs 28,900.


So if you wanted to buy the latest tablet right before Diwali and have a lot to spend, your choices are likely to be slightly outdated. We take a look at the tablets you can consider.

iPad Air or iPad mini 2 : This is an excellent option to consider now, given that the only upgrades the iPad Air 2 has is the anti-reflective coating on the screen, a new A8X processor, along with M8 motion coprocessor, the 8 megapixel camera and yes the Touch ID fingerprint scanner. With the iPad mini 3, the only thing new you’ll get is the Touch ID, everything else is the same. So why spend more money on a ‘new’ device when the features are almost the same?

If you don’t care for photography from your tablet and don’t want an Android tablet and something that has a great screen and build quality, the iPad is the most obvious option. What size you want depends on you of course. The iPad Air has 9.7-inch Retina display, is really thin weighing a little over 450 grams. It has an Apple A7 CPU with 64-bit architecture as well M7 motion coprocessor. It also has a 5 megapixel rear camera and a 1.2 megapixel front camera.

The specs for the iPad mini 2 with Retina display are the same, except that you can get the 16GB version of this 7.9-inch tablet for just Rs 21,900.

Samsung Galaxy Tab S series If you want a tablet, which has been launched just recently into the market and want amazing specs and not just a year-old specs, the Galaxy Tab S series is worth considering. The tablets come in two screen sizes: the 10.5-inch screen which has LTE and voice-calling facility and the 8.4-inch screen version. Both tablets have a Quad HD screen with 2560×1600 resolution and Super AMOLED screen, which means that you’re assured of a stunning screen.

The front camera is 2.1 megapixels and the rear camera is 8 megapixels. The total memory space is 16 GB with 128 GB microSD support, 3GB RAM and an come with an Octa-core processor (1.9 GHz + 1.3 GHz quad-cores). 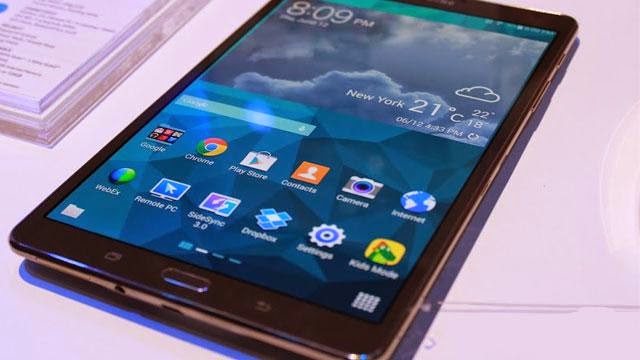 The Galaxy Tab S and its brilliant display

the excellent display, powerful processing and great speaker quality, even though the battery wasn’t all that impressive.

The only problem with the Tab S series: the price: The 8.4 version starts at Rs 43,090 while the 10.5-inch version costs Rs 44800. Of course if you have a big budget this Diwali that shouldn’t too much of a problem.

Nexus 7:  The 2013 Google Nexus is a tablet you can consider if you want the pure Google experience. The only problem you might face is that Google’s Official Play Store is no longer selling the tablet. We found one version of the tablet on Flipkart and interestingly, it’s available for Rs 17,000. The original tablet with 32 GB and WiFi only was priced at Rs 23,900, while the 3G version starts at Rs 27,900. 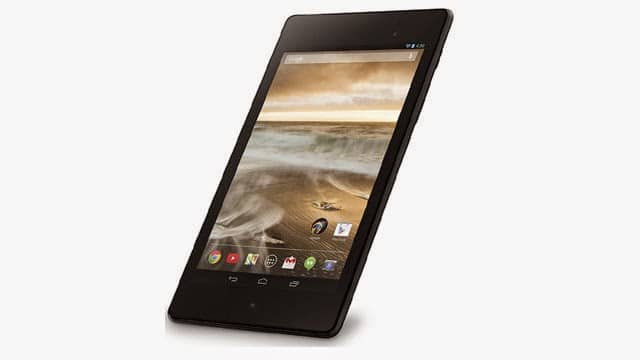 As far as specs go, the tablet has a 7-inch tablet has a full HD screen (1920×1200 pixels) a five megapixel camera, a 1.2 megapixel camera on the front, runs a Quad-Core Qualcomm Snapdragon S4 Pro clocked at 1.5 GHz and has 2 GB RAM. There is no microSD slot.
functioned very smoothly and is great for watch videos and reading books due to its screen size and resolution.

If you can’t wait for the Nexus 9 tablet, which has a higher screen resolution (2048×1536 pixels) and an 8 megapixel rear camera, you could ahead and get your hands on the Nexus 7 ahead of Diwali. Of course, if want the latest tablet, you’ll have to wait for the Nexus 9.

If a tablet is required for your daily office work, this is better option than either Android or Apple, simple because Windows OS is better suited for enterprise. Also with Iconia W4, you’re getting Office Home and Student 2013 Edition free to go with this tablet, which is a great plus.

The 8-inch W4 runs on Windows Phone 8.1 and is powered by the Bay Trail Intel Atom 1.8GHz quad-core processor. The only possible problem is that the 3G version of the tablet is not yet available in India. Some other features include 2-megapixel front camera, 5-megapixel rear camera, 32/64GB onboard storage and microSD card slot. It’s a decent option to consider if you want to a tablet that is productive for your work as well.


Huawei Honor X1:  This newly launched tablet in the Indian market is available online for Rs 19,999 and is an option that you can look at if your budget is just touching 20,000.

The tablet has a 7-inch LTPS display with 1200 x 1920 pixels resolution, a 1.6 GHz quad-core processor, Voice Calling WiFi, 3G and comes with 13 megapixel primary camera and a 5 megapixel secondary camera for great selfies. The total storage space is 16 GB, with microSD slot which has 32 GB as the limit. It has a 2GB RAM and runs Android 4.2 (Jelly Bean).
The tablet is available on Flipkart.