Could this be Samsung’s Galaxy S6? 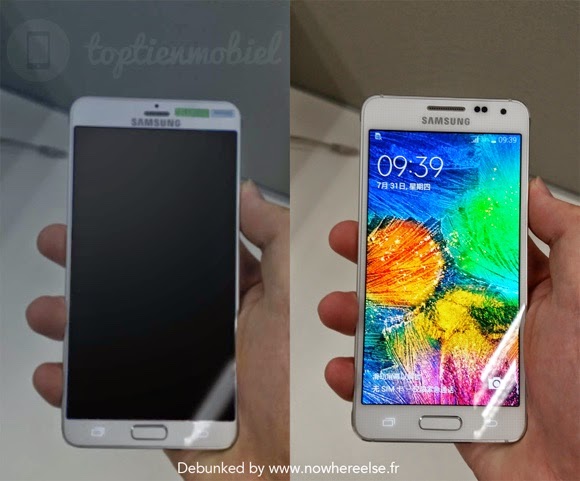 Purported image of a prototype of the next Galaxy smartphone shows a big display, thin bezel and seemingly thin design.

Samsung’s rumored Galaxy S6 smartphone may have made an appearance in a new image leaked online.

A photo of an alleged prototype of the yet-to-be- announced smartphone was published to the Web on Friday. The image, which first appeared on Dutch blog site Toptienmobiel, shows a person holding a white smartphone marked with the Samsung logo. The screen appears to be quite large and surrounded by a thin bezel.
The product’s design also suggests it’s thin.

Not surprisingly, the Web has erupted with claims that the handset is the first published image of Samsung’s expected Galaxy S6 flagship phone. Samsung is rumored to be working on a follow-up to its Galaxy S5, and it could unveil a device in February around the time of the Mobile World Congress trade show. 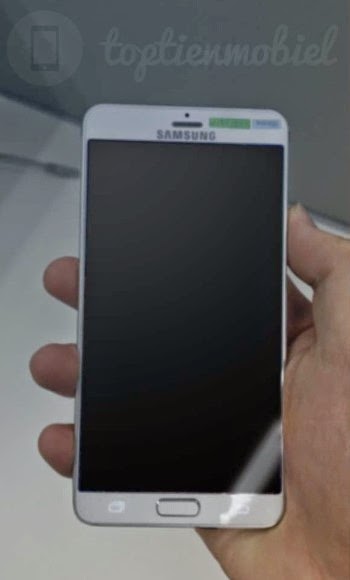 However, images are published to the Web each day, and until a company confirms they’re real, they should be taken with the proverbial grain of salt. It’s possible that the smartphone is simply a prototype that will never launch. Samsung has stayed tight-lipped on the matter and has not responded to a request for comment.

Rumors have been swirling around the Galaxy S6 for the last several weeks. Some reports have suggested that Samsung is building its Galaxy S6 from
the ground up and that the device will run Google’s latest mobile operating system, Android 5.0 Lollipop.

Samsung is also rumored to be bundling a 5.5-inch screen with the device that features a 2,560×1,440-pixel display. Its rear-facing camera could range between 16 and 20 megapixels, according to reports.

Toptienmobiel did not provide any technical specs for the pictured device, but its screen size seems to fall in line with earlier rumors. Still, until Samsung says it’s real, don’t believe everything you see.