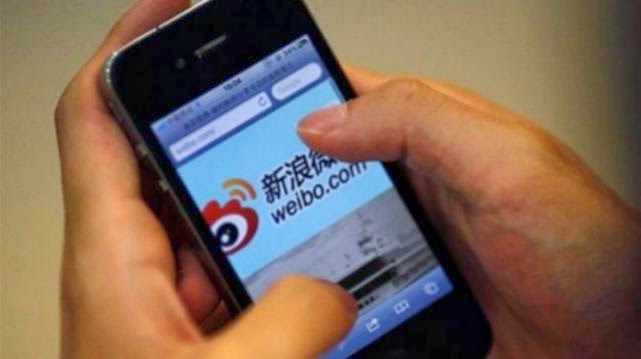 Twitter-like messaging service Weibo Corp filed on Friday to raise $500 million via a US initial public offering, as Chinese companies flock to the American market in record numbers to take advantage of soaring valuations.

Weibo, owned by Sina Corp, becomes the latest Chinese Internet giant to tap US markets, following on the heels of search service Baidu and its own corporate parent. Alibaba, which owns a stake in Weibo, is expected to raise about $15 billion in New York this year, in the highest-profile Internet IPO since Facebook’s in 2012.

It highlighted in particular a regulation that came into effect in September, under which Internet users who knowingly make or share information considered defamatory or false could face up to three years’ jail time in China.

“The implementation of this newly promulgated judicial interpretation may have a significant and adverse effect on the traffic of our platform and discourage the creation of user generated content,” the company said in its filing.

Beijing expressly bans a range of material in media deemed sensitive, from open political opposition to criticism of important officials. Responsibility for policing such content often falls on companies such as Weibo, which could face fines or even revocation of their licenses.

The government “may require us to limit or eliminate the dissemination of such information on our platform. Failure to do so may subject us to liabilities and penalties and may even result in the temporary blockage or complete shutdown of our online operations,” it said.

For instance, in March 2012, it shut off the “comments” feature for three days to “to clean up feeds related to certain rumors,” it said in its prospectus. Weibo also warned about potential government intervention in its encryption tools and software – used to prevent spying while safeguarding the privacy of users and their posts.

It said Beijing requires all “cipher code” products to be registered with the government, though it was unclear whether this applied to social media encryption. ”Because these regulations do not specify what constitutes a cipher code product, we are unsure as to whether or how they apply to us and the encryption software we utilize,” the company said in its prospectus.

COME ONE, COME ALL
Still, US investors have long shown an appetite for Chinese companies’ stock, hoping to share in some of the spoils of the world’s fastest-growing major economy.

US markets may see more IPOs from Chinese corporations in 2014 than in any year since 2010. That’s despite long-simmering concerns among investors about Chinese accounting standards, the result of several high-profile auditing scandals in past years.

But its user growth is at risk of tailing off after three years of explosive expansion, as newer messaging apps such as Tencent Holdings Ltd’s WeChat draw users away. Chinese mobile messaging apps like Tencent’s WeChat have become venues of choice for users who want to express views with less fear of government retribution.

In January, an official government-backed Internet organisation reported that user numbers for Chinese microblogs, including Sina Weibo, had fallen 9 percent in 2013. However, Weibo said the number of its daily users had risen 36 percent to 61.4 million as of the end of December, from the same time a year before.

Weibo hired Goldman Sachs and Credit Suisse to manage its US debut, which it said would boost brand recognition and help retain talent. Its proposed $500 million target is an estimate worked out solely for the purposes of calculating registration fees.