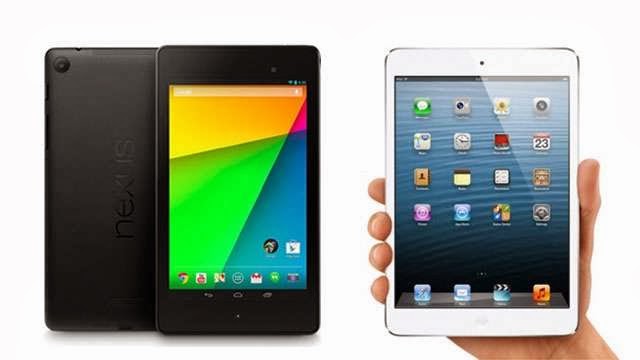 Here’s a quick comparison of the Nexus 7 (2013) and iPad mini with Retina display to help you make the right choice….

Apple’s newest and second-generation iPad mini will go on sale this coming weekend. The all new iPad mini with Retina display brings in a nifty set of specs along with the newest iOS 7 Apple OS iteration. Recently, arch-rival Google launched the Nexus 7 (2013) in India with a lucrative price tag. With both celebrated tablets up for grabs in India, we wonder what would users opt for. Take a look at our quick comparison, which may help you make the right choice.

Design
Retina iPad mini steals the brownie points when it comes to the form factor. Even with a larger 7.9-inch display, the iPad mini is lighter and sleeker than the Nexus 7. It maintains all the aesthetics that we expect from an Apple device and. The mini can be picked in Space gray, black and silver white, while the Nexus 7 is available only in black. 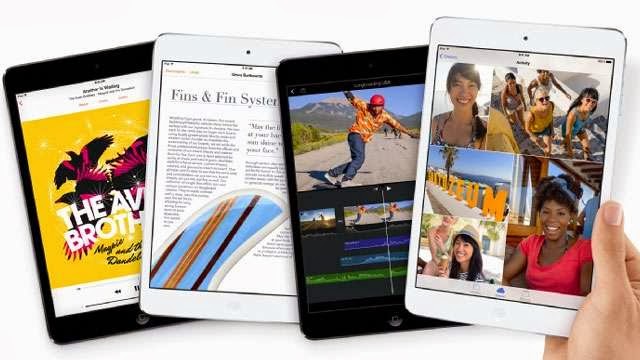 Display
The Nexus 7 comes with a 7-inch 1200 x 1920 display and the iPad mini gets a larger 7.9-inch Retina display. However, both devices bring in good display quality, with pixel density that ranges up to 324 ppi. The Nexus 7 is protected with a Gorilla Glass layer while Apple has employed an oleophobic coating to protect the iPad mini. So, the displays on either won’t disappoint users.

OS
Both devices are running on the latest OSes from their respective platforms. So, it is more of consumers’ choice whether they want to opt for Android or iOS. The Nexus 7 was launched with the v4.3 Jelly Bean earlier this year, but it’s now upgradeable to Android 4.4 KitKat. Google has already begun rolling out the update for the Nexus device. On the other hand, the iPad mini was launched with the newest iOS 7, and now runs on iOS 7.0.4.

With deeper integration of Google Now, the latest Android update brings a host of new features. Some of the new features include improved dialer and Android keyboard, Print from anywhere feature, new camera app, all new Hangouts and more. Click here for all you need to know about Android 4.4 KitKat. 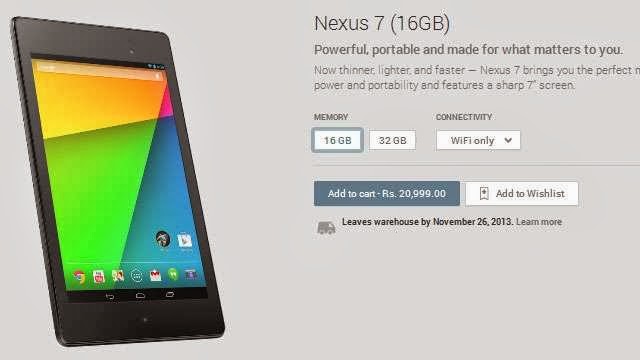 Apple has also gone out all out with its iOS 7. It has revamped the user interface, something most users have been waiting for. iOS 7 brings in an all Control Center, new photo gallery, camera app and multi-tasking menu, improved Siri and more. Read our complete review of iOS 7.

Specifications
The Nexus 7 is powered by a Snapdragon S4 Pro quad-core processor that clocks at 1.5GHz with 2GB RAM. Apple, on the other hand, gets the company’s latest and most powerful A7 chipset coupled with 1GB RAM. Both don’t support expandable memory, but Apple ensures that users get a wide choice of storage options. Besides the 16GB and 32GB options which is offered by the Nexus 7, iPad mini has additional 64GB and 128GB models. iPad mini has given a miss to NFC while Nexus doesn’t support GLONAAS. On the camera front, both devices disappoint with 5MP rear and 1.2MP front-facing cameras.

Take a look at the specs comparison table below:

Verdict:
On the specifications front, the iPad mini wins hands down. It has a larger and higher resolution display, and is sleeker and lighter. Apple’s tablet also equips the A7 chip which is believed to be far more superior to the chip employed by Nexus 7. It all comes down to what you prefer – the flexibility of Android or Apple’s highly-optimised approach. The pricing will also be a crucial factor considering, the Nexus 7 starts Rs 8,000 lower than the lowest-end iPad mini. So, what’s your pick?