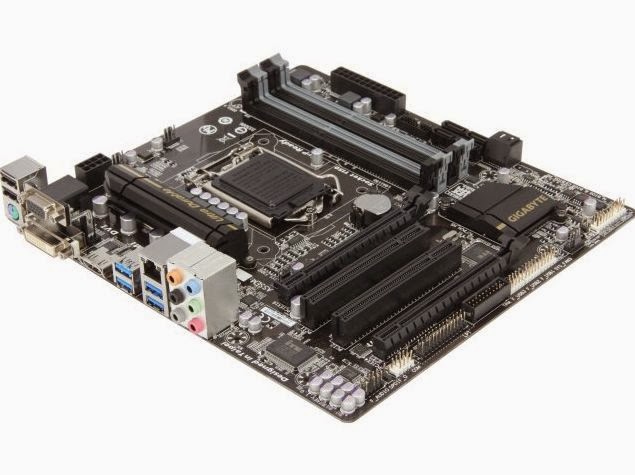 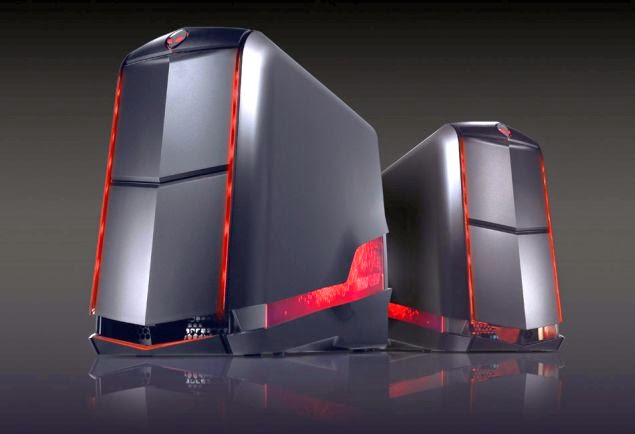 A gaming PC can be a lot cheaper than a console, and you also have a lot more flexibility about your budget – you can skimp now, and upgrade to the monster rig of your dreams later if you choose.
There’s an intimidating number of choices available but we can help you build a budget rig on your own. Our focus is on building the cheapest gaming rig that still delivers an acceptable experience. Clearly, this machine will not be for purists – we’ll do that at a later stage – but something that you can use as a reference point if you are looking to take your gaming a little bit more seriously.
You can then choose to step up from there depending on how much you’re able to spend and what level of graphical quality you’re looking for.

What you need
The basic considerations you need to budget for are a CPU, which you’ll typically buy from Intel or AMD; a graphics card, based on a GPU from Nvidia or AMD; a hard drive; and RAM. First, let’s talk about some of the different choices, and then we’ll move on to our sample configuration.
On the CPU front, AMD does not have anything compelling to offer at the moment, but the excellent Intel Pentium Anniversary Edition (the G3258), is a low-priced monster that runs beautifully and can easily exceed speeds of 4GHz when pushed beyond its official specifications. 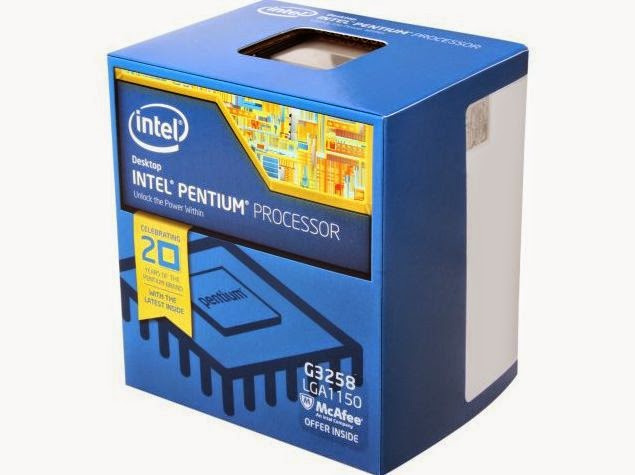 The GPU market is constantly in flux. Prices are not stable, as Nvidia and AMD keep trying new tricks to outdo each other. Nvidia’s recently launched GTX 750 and 750 Ti are based on the new Maxwell core which performs well and consumes very little power.

For AMD, it’s less clear, but repeated price drops and some pretty interesting deals on free bundled games are promising.The newly launched Radeon R9 285 is yet to show up in shops in India, but it will replace the R9 280 at a potentially lower price.

RAM prices have doubled since the start of 2013, and will likely stay this way for a while. As a result, we have to allocate more of our budget to memory or change our expectations.

Hard drive prices are fairly reasonable now, but SSDs are becoming more and more tempting. An affordable SSD that’s only enough for the OS and applications will still make a huge difference, but it might not fit in our entry-level build’s budget.

We’ve given ourselves a budget of Rs. 40,000 all inclusive. This will give us modest but consistent performance, and leave the doors open to multiple upgrades over time. Here’s the best we managed to do, considering high import duties and a weak exchange rate. Note that prices fluctuate every day and vary from area to area, so you might need to tweak this a little.

The build
If you’re looking for a simple list of things to buy, then the table below has you covered. But we also talk about what you can change and tweak in this list, so read on to know more. 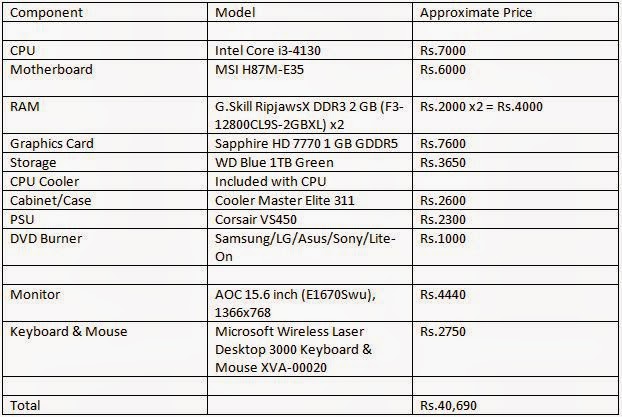 This basic build is a little above what we’d budgeted, but you should be able to save some money by reusing your current mouse, keyboard and/or monitor if you have a PC already.

With this basic setup, you should be able to get 40-60 fps with high detail settings in most current games at the monitor’s native resolution. If you want to step up to HD 1080p, you’ll need a better GPU and monitor, which would add at least Rs. 10,000 to the budget.
Intel’s Core i3s are fast and don’t consume a lot of power – they don’t quite have the muscle of a quad-core i5 but do a decent job as far as games are concerned. Disappointingly though, the i3s can’t be overclocked.

The most affordable motherboard option we were comfortable with was MSI’s H87M-E35. You’ll get all the important features such as multiple USB 3.0 ports, SATA 6Gbps, HDMI and PCIe 3.0.
A year ago, you would have would have been able to fit 8GB of DDR3-1600 RAM into this budget, but we have to step down to 4GB due to market forces. The same budget considerations lead us to suggest Sapphire’s Radeon HD 7770. It is a potent GPU for the price, and should handle gaming at 1366×768 quite well.

As expected, we can’t include a solid state drive, but Western Digital’s Blue line is a good choice. You can get a 500GB model for about Rs. 3,000 but you can double that capacity for relatively little more.
Corsair’s VS450 is a nice, affordable and stable power supply, with  enough PCIe, SATA and Molex cables for a budget build.
If you don’t have an LCD monitor already, the AOC unit we’ve listed is a good place to start. A 1080p monitor like Dell’s S2240L is a nice option for Rs.9,000 but it requires a more powerful graphics card as well.

Upgrade options
As far as the motherboard is concerned, you may want to step up to a more feature complete board such as the Gigabyte H87M-DH3. Overclockers should consider something with the Z prefix, like MSI’s Z97 PC Mate, which appears to be the cheapest 9-series chipset available. Pair it with the Intel Pentium Anniversary Edition for overclocking, or the Core i5-4430 and above if you just want that extra oomph without the fuss.

RAM is simple: get DDR3-1600 with timings of 9-9-9-24 or tighter, but don’t pay extra for anything beyond this, because it’s usually not going to be worth it as far as games are concerned. G.Skill, Corsair and Kingston are good choices. We’d recommend 8GB at the minimum, if you can afford it. Try and buy RAM sticks in identical pairs to ensure a stable dual channel configuration.

Graphics is a highly scalable market. The more you pay, the more performance you usually get, so it comes down to how smooth you want your gaming to be and at what resolution. While the 7770 is good till 720p resolutions, we’d recommend getting at least a GTX 750 Ti for higher ones (900p or 1080p). It is priced between Rs.10,500 and 11,500 online, and we certainly wouldn’t pay more.

As far as hard drives are concerned, Western Digital and Hitachi are known to be reliable, so just pick any as your secondary storage drive. For the boot drive, pick an SSD from Intel, Samsung or Corsair, and you should be good to go.

Cabinets are 80 percent functionality and 20 percent personal taste and aesthetics. A decent cabinet can mean the difference between awkwardly crammed components and a nice, clean, easily serviceable system.

While the Elite 311 will get the job done, look towards cases from Fractal Design, Antec, NZXT, Corsair or higher end cases from Cooler Master itself, like the HAF 912 Advanced. 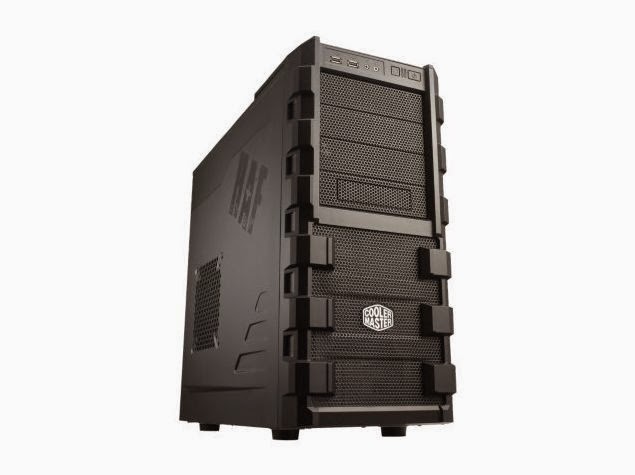 Easily removable filters, good airflow and fan/water cooler mounts, relevant front panel ports  and space for cable management are all things to look for. The case should be tall and wide enough to accommodate the CPU cooler you want to use, and deep enough for the graphics card of your choice. Removable drive bays and a CPU cutout are good ideas too.

CPU Coolers are fairly simple: From a pure functionality standpoint, the Hyper 212 EVO from Cooler Master sells for around Rs. 2,000 and is quite excellent. Noctua’s NH-D14 is probably the only other air cooler you should consider; it’s one of the best there is (but over twice as expensive). Of course, smaller cases may need smaller coolers like Noctua’s NH-L9i 95mm SSO2, or you may want something fancy-looking like the Cooler Master V8 GTS.

If you’re not overclocking, the boxed cooler is usually sufficient, but if it spins up too often and gets too noisy, or the CPU starts hitting temperatures above 80*C, you may want to consider getting a third-party one.

Power supplies are mostly simple too. Antec, Seasonic, Corsair, and certain Cooler Master PSUs are good choices. You won’t usually need more than 550W for a single GPU build, unless you’re using a GTX 780 Ti and Haswell-E CPU together, in which case it would be on the safer side to consider a 600W PSU.

Otherwise, just make sure you have the appropriate connectors (especially PCI-e for the graphics card) and that they’re long enough to route behind the motherboard tray. 80%+ efficiency is also a good thing.
With that in mind, consider the Corsair VS 550, Seasonic ECO 500 or Antec VP 550. You may want a modular PSU to reduce wire clutter and increase airflow inside the case, or for Micro-ATX and Mini-ITX enclosures. Such PSUs are appropriately marked (usually with an ‘M’ somewhere in the name, like CX430M or M12II 520) and usually more expensive. Try and avoid fully modular PSUs (in which all wires can be removed), as some undesirable electrical characteristics can be more pronounced on the higher power rails with such designs.

One last point to consider
If you’re considering sinking Rs. 20,000 into a GPU today, we say save up till the end of September, as Nvidia is about to announce a new generation, which will be well worth the wait. High-end cards usually launch first, which means your budget might have to expand a little, but the difference in performance will be equally noticeable.
We hope this serves as a guide for inexperienced DIY gamers and also as a refresher and template for more advanced users. If you have some suggestions about different components, tell us via the comments.