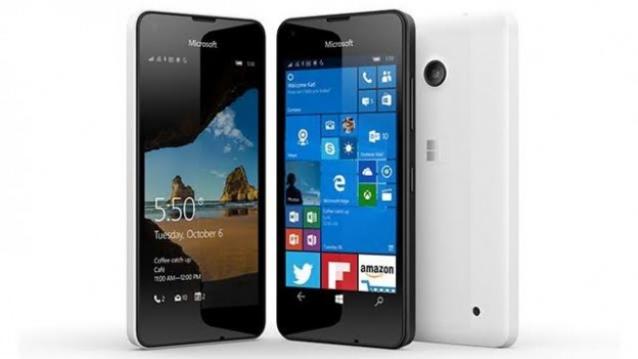 After announcing the high end Lumia 950XL and Lumia 950, Microsoft has now made its entry level offering with the Windows 10 Mobile OS official. The Lumia 550 which is priced at Rs 9,399 which went on sale in Europe last week, will now release in India on 23 December. It will come in the glossy white and matte black colour variants.

The affordable device packs in 4.7 inch HD (1280 x 720 pixels) IPS display, a Qualcomm Snapdragon 210 chipset with Adreno 304 graphics. Memory options include 8 GB of internal storage (expandable up to 200 GB), while Microsoft has stuck to its minimum 1 GB RAM requirement for Windows 10 Mobile.

Unlike its higher end siblings, the Lumia 550 will not support Windows 10 Continuum feature as it does not meet the hardware requirements for the same. On the software front, it will come bundled with the Microsoft Edge browser, Skype, the new Outlook mail, OneDrive, Cortana and so on.

Coming to the cameras this affordable smartphone seems to fall a bit short of the competition with a 5 MP auto focus camera on the back and a 2 MP snapper up front. The smartphone packs in the usual connectivity options including Wi-Fi, Bluetooth and also delivers 4G bands with a dual SIM set up.

Powering all of the above is a 2100 mAh battery which Microsoft claims will deliver up to 15 hours of talktime.