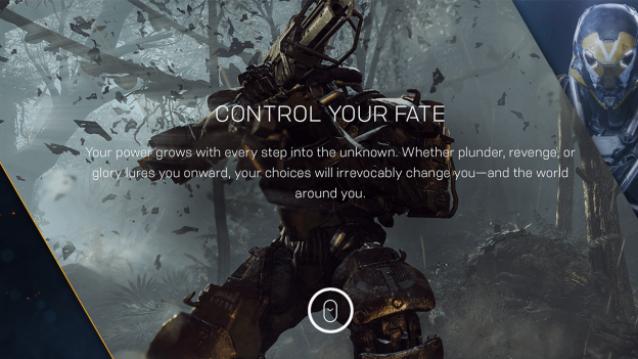 BioWare is a name that’s not to be taken lightly in the gaming world. With franchises like Baldur’s Gate, Neverwinter Nights, Dragon Age, Knights of the Old Republic and Mass Effect under its belt, the studio’s pedigree is beyond question. And when this studio announces a brand new IP, you prick your ears up and pay attention.

At E3 2017, during Microsoft’s press conference, BioWare finally revealed what its top secret Project Dylan is all about. As it turns out, the new game will be called Anthem and will be a 4-player co-op shooter that seems to be built along the lines of Bungie’s Destiny. The code name is, as Kotaku reported, a nod to Bob Dylan and the team’s ambition to make the “Bob Dylan of video games.”


The 6-minute gameplay footage reveals little, but what we’ve seen is already fascinating, but reminiscent of Destiny as well. You play as a freelancer on an alien planet who, alongside up to three other friends, performs various tasks while donning an exosuit.

The setting is in an open world teeming with wildlife and random, unscripted events. Your exosuit gives you the ability to fly, mount various classes of weapons and more. BioWare promises that each suit will offer a unique “play style” and customisation options. Also teased in the gameplay trailer was a “shaper storm”, a game world changing weather event that is apparently quite dangerous.

On the surface, it’s hard to find anything more than a reskinned version of Destiny, but this is Bioware we’re talking about, and they’ve spent years on the title.

BioWare has been in a bit of a pickle off late, getting into trouble over the mess that Mass Effect: Andromeda’s development turned out to be. To be fair, parent company EA should shoulder the blame for a lot of that backlash, however. 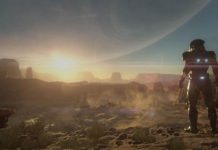