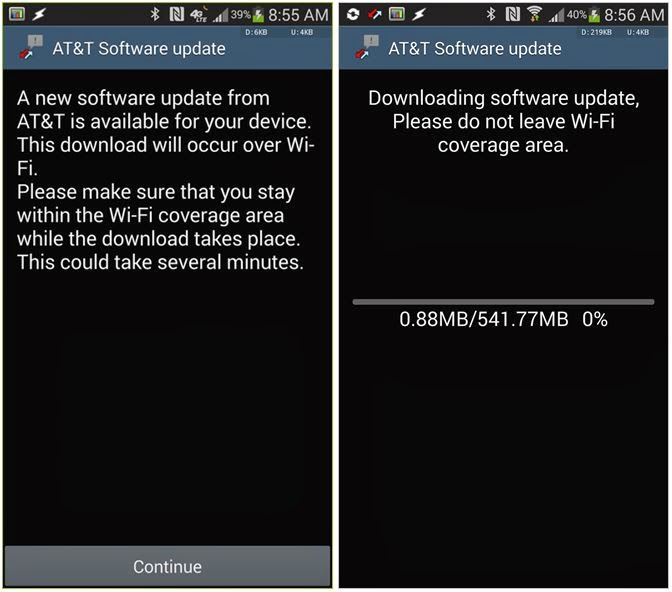 AT&T has announced that the Android 4.4 KitKat update is rolling out to its variant of the Galaxy Note 3. The 541MB update will bring all the usual goodies that are a part of KitKat, including an improved user interface with white status bar icons and smoother performance, reduced memory usage, wireless printing support, ability to select default launcher and home screen apps, advanced location control, and full-screen album art on lockscreen. Samsung has also made a few additions of its own, including a camera shortcut on the lockscreen, improved GPS performance, and
enhanced sound controls for specific Samsung apps.
As usual, the update will be rolling out gradually and could take a few days to reach everyone, though you can take a peep into the Settings » General » About phone » Software updates to force the update to show up right away.