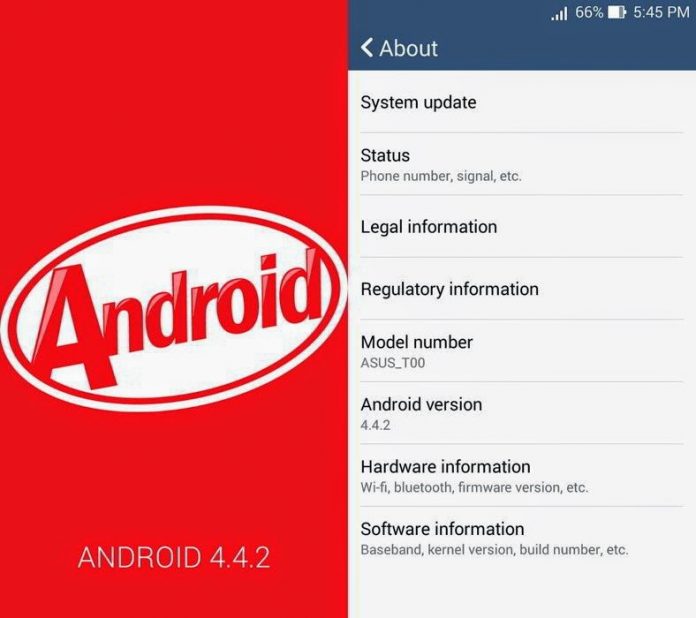 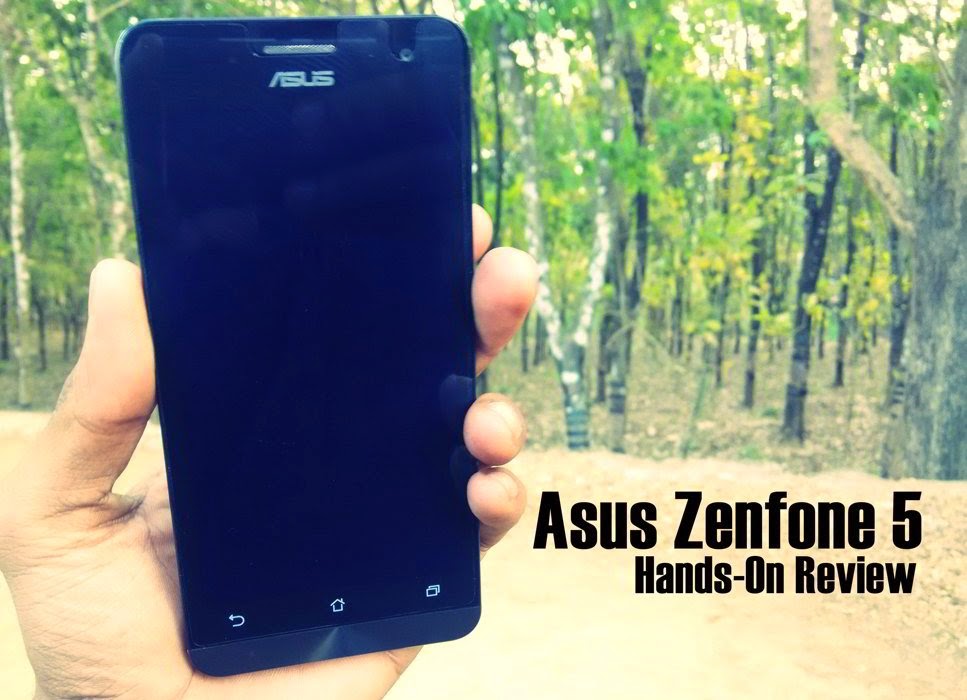 Asus has recently released a new Zenfone model, the Zenfone 5 A501CG 8 GB at Rs.7999. This isn’t the old 8 GB model which was previously available, this is a new model even though the model number is the same. Asus said that their Zenfone series received tremendous response on the launch event of this phone. They are not wrong, Asus made a mark in Indian smartphone market with their Zenfone series, especially the Zenfone 5. With the ever growing competition, they felt the need to update their Zenfone 5 to match the competition, and the result of it this phone.

The new model has a dual core 1.2 Ghz Intel Atom processor, in place of the 1.6 Ghz Atom processor in it’s previous models. (Please note that this model is not the Zenfone 5 Lite, which is a flop model that Asus released earlier). We’ll see how this phone performs and has anything else changed on this phone compared with its older brother.

The general design of the phone is not anything special to get excited about, it is just an average designed smartphone, but the build quality is over the top. Zenfone 5 has got a simple design that some people may say boring, but is good enough to turn some eyes.
Zenfone 5 comes with capacitive buttons on front, and not the now common on-screen buttons. These buttons are placed a little bit in weird positions, the two buttons rest on the extreme edge, contrary to what you can find in most other smartphones. But don’t worry you’ll get accustomed to this positioning once you use this phone for some days. Under the capacitive buttons, Asus have provided a metallic looking trim, which adds beauty to the phone.
The position of the physical buttons is similar to what we can see on most of the other phones out there. The volume rockers and power buttons are placed on the right. The buttons felt very sturdy and clicks very well. The buttons even have a great pattern on it and is great to have.
The phone is fully built with plastic but it doesn’t feel like cheap plastic at all (Samsung, Ahem!). It has got the ultra premium look and finish at the budget price, and it looks like it can withstand some drops and bumps.

The display in the Asus Zenfone 5 is a 5 inch 720p display, which comes with Asus Truvid technology that offers better color reproduction. There is no change with display, this is the same old display that we found in the previous models (not the Lite model, which came with only a 540p display). The display is good and it provides good color reproduction and is pretty bright. The screen of this phone provides good outdoor visibility, the auto brightness also works very well. The viewing angles are also great, it is much better than other phones at this price range. The display sports a scratch-resistant Corning Gorilla Glass.

The new Asus Zenfone 5 is powered by the dual core 1.2 GHz Intel Atom Z2520 Processor. This is the same SoC that we saw in other phones in Zenfone series (Zenfone 4, Zenfone 4.5 & Zenfone 5 Lite). The processor is a down step from the 1.6 dual core processor in the original Asus Zenfone 5 A501CG. Even though it is lower powered, the phone doesn’t even feel like it is lower powered and it performs well in daily tasks.
Asus Zenfone 5 comes with 2 GB of RAM, which is the same as that of the previous models, with exception of the Zenfone 5 Lite, which had only 1 GB RAM. This phone has an internal memory of 8 GB, which can be expanded by micro SD card up to 64 GB. Out of the 8 GB internal memory, only 4.4 GB is available to user. One good thing to note that is, the apps and games can be transferred to the external memory (Gamers rejoice!).

Asus Zenfone series comes with their own custom UI, named ZenUI. Similar to Samsung, HTC and LG, Asus chose to design their own custom UI and ship their phones with this UI on top of Android. ZenUI is an awesome skin that is light on resources and provides much more features and looks great. It comes with Android KitKat 4.4.2 (even though it was mentioned in flipkart that the phone comes with 4.3 Jelly Bean). 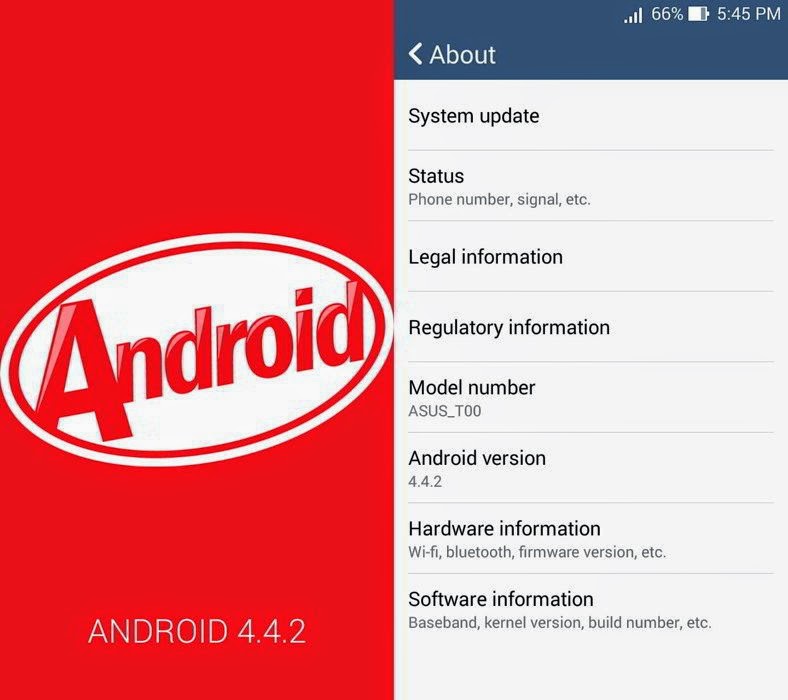 It is not at all heavy as that of Samsung’s TouchWiz and HTC’s Sense. The interface is slick and butter smooth. It is not at all laggy as other iterations of Android by manufacturers, Asus can be proud that they made a great skin for their devices. 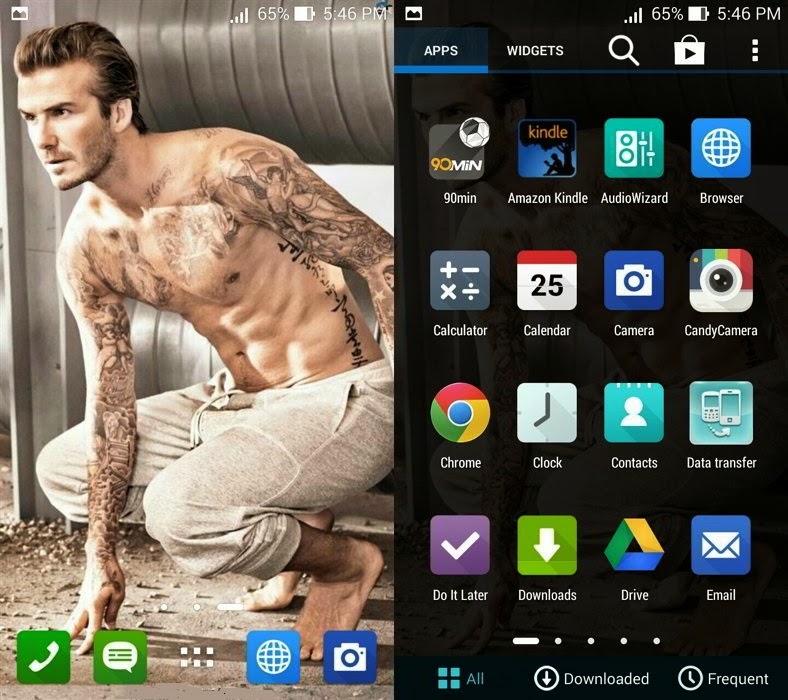 The stock launcher in Zenfone 5 is almost like the stock Android launcher, but it’s skinned with Asus’s own icons for the apps. It makes the launcher feel different from other phones. The app drawer has the usual apps and widgets tabs in the top and downloaded and frequent apps tabs on the bottom. 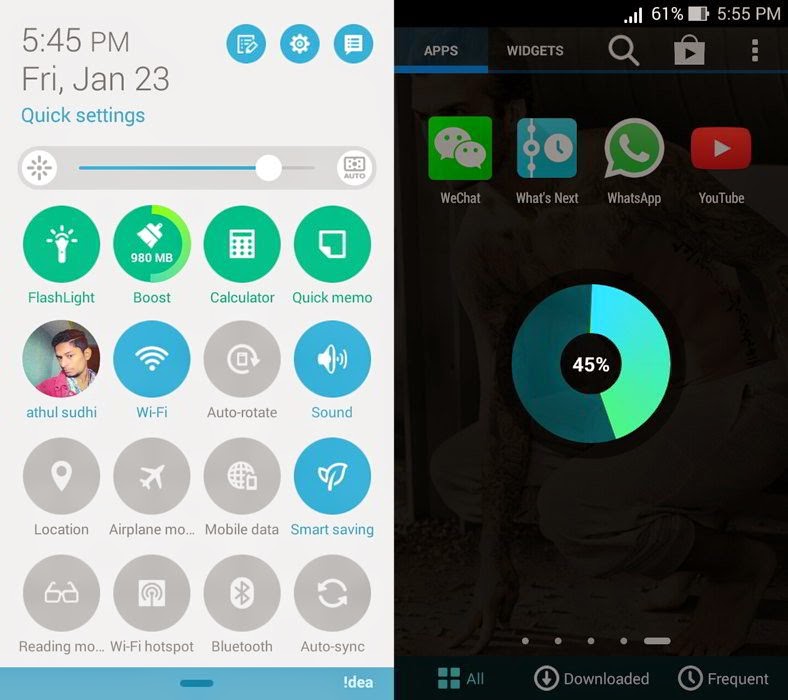 The Zenfone 5 A501CG also comes with a power saver app, which has 3 modes : Ultra-saving, Optimized mode and customized mode. 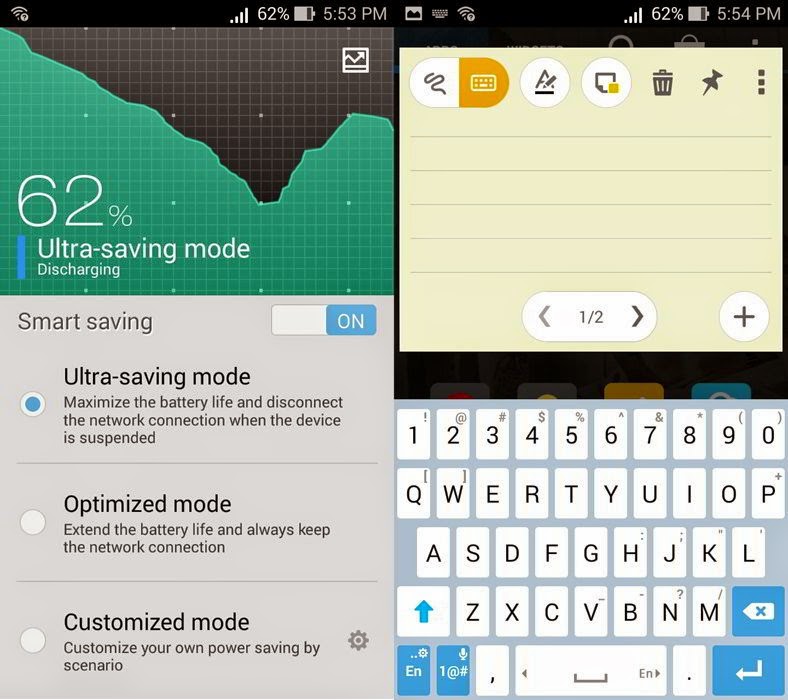 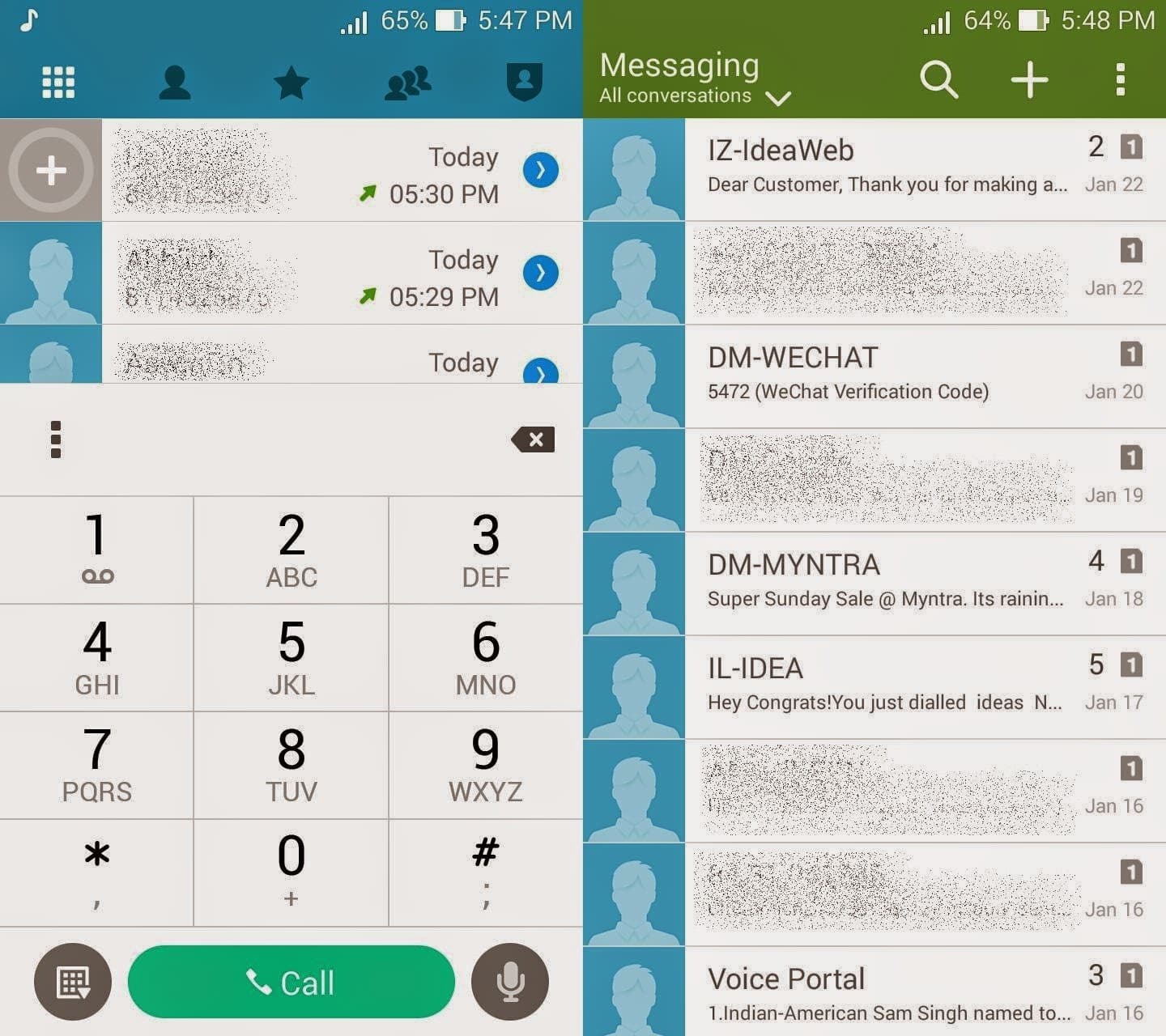 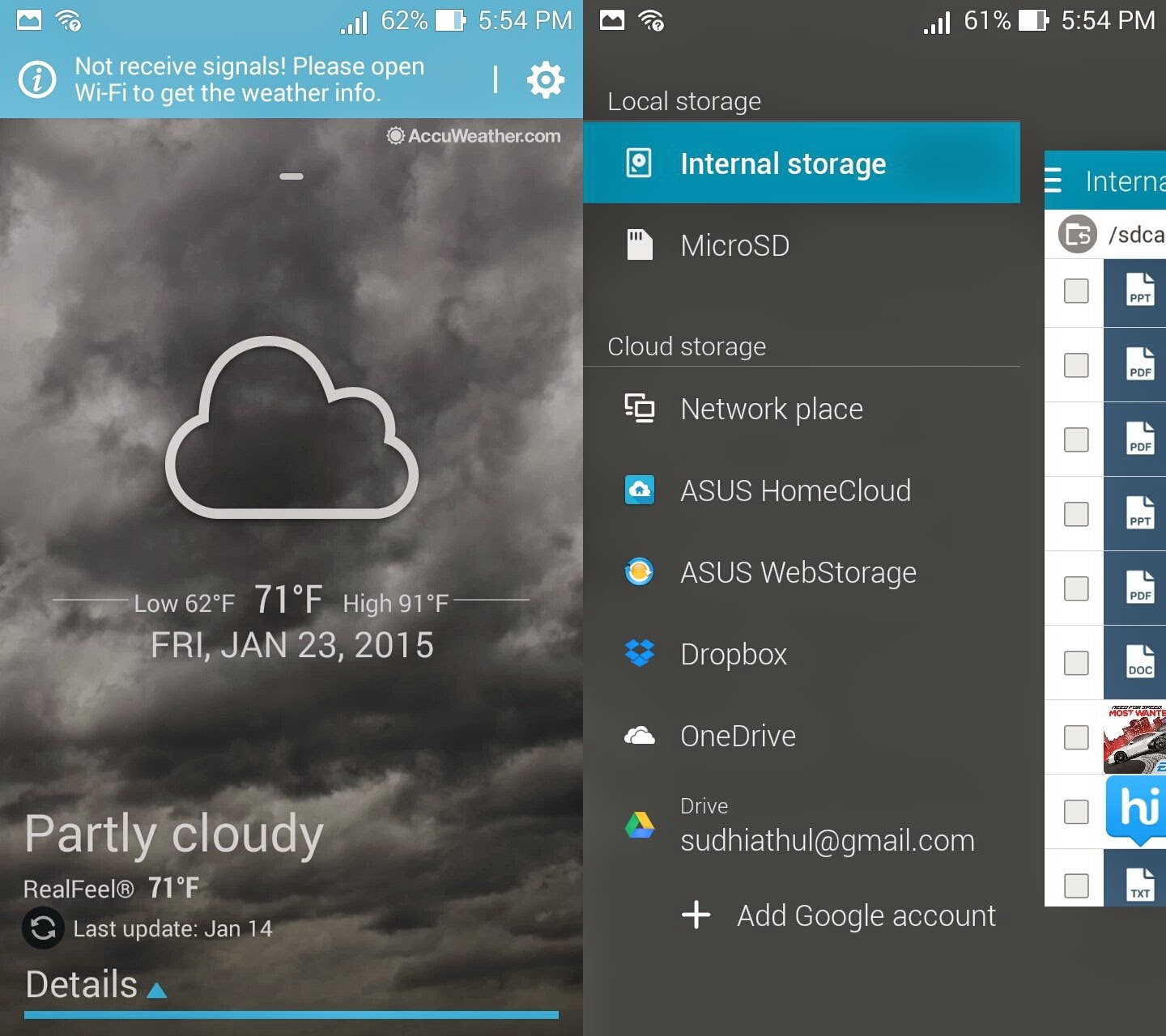 Other apps and features

The stocks apps included in ZenUI are good and useful. They include Asus Weather, Do it later, Asus’s own file manager and many more. Other than these, the stock apps such as Dialer, Contacts, Calender, etc. are also skinned. The recent panel is almost stock Android-like, but has an added ‘clear all’ button on the bottom. It also has a file manager app, which looks great. The stock browser is replaced by Asus’s own modified browser, which actually loads fast, but you can always go for other browsers such as UC, Chrome, Dolphin etc.

Asus Zenfone 5 comes with 8 MP back camera, which Asus touts to be enhanced by its PixelMaster technology. PixelMaster is a combination of software and hardware optimizations that Asus made to fully enhance the camera and image quality of the phone. It has been one of the main selling points of Asus phones. The camera performs well and has won so many awards for being the best budget camera phone last year. Take a look at the shots taken with the Zenfone 5 camera. The quality of the images is pretty good for the price.

The camera interface is straightforward and simple. But it is actually different from the stock Android and unique. The app offers many image enhancement options are available, such as Auto, Time rewind, HDR, Selfie, Beautification and many more. Overall, I can really say this phone is a great offering in the camera department.

The front camera is also the same 2 MP camera we saw in the previous version. The front cam also does a great job in capturing amazing selfies. 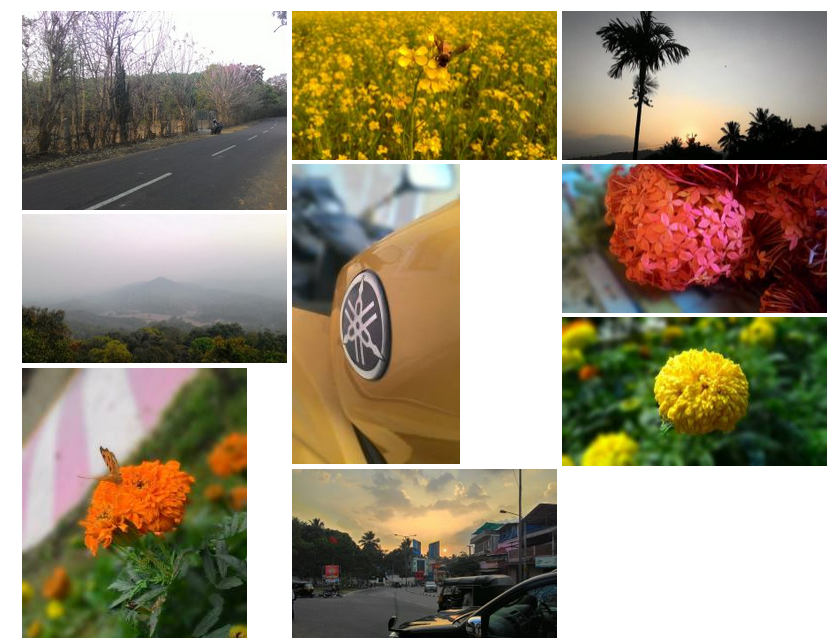 The UI is running smoothly without any lag and opening apps was a breeze. The phone also performs well in Gaming department. In my tests, it did run high-end games like Asphalt 8 and Dead Trigger 2  without any lag or stutter.
The call quality is quite good, I haven’t experienced any call drops. The call volume is also quite good. The speaker is situated on the back and it provided above average hearing experience, it is quite loud. One more thing, there is an option to record calls automatically in ZenUI, which is not available on many phones.

There is no change in the battery department, it features the same 2110 mAh battery which came with the older model. But with the inclusion of this lower powered processor, Asus have mananged to some how provide a better battery life in this model (not great, but better that the old model). It gave a full day of battery, with moderate usage. 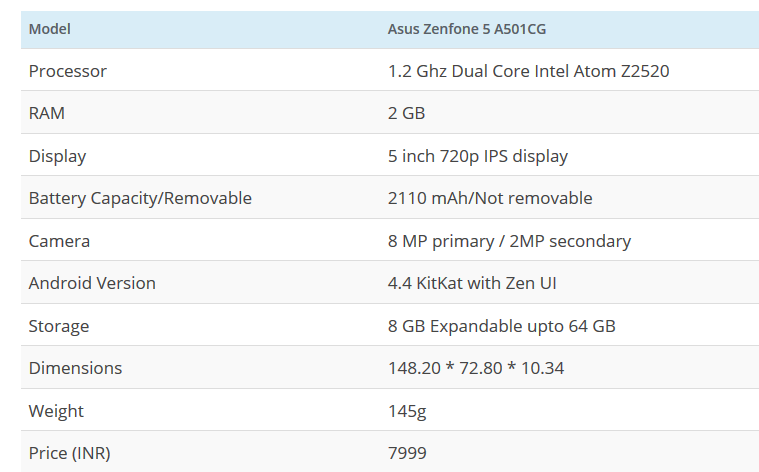 The new Asus Zenfone 5 A501CG is a great choice for a budget smart phone. With the new price cut, Asus can now stand on its feet on the newly developed competition in the market. This phone will definitely give Xiaomi Redmi Note 4G and Yu Yureka a run for its money.
You should definitely check out this : Zenfone 5 vs Yu Yureka

The new Zenfone 5 has got everything to be desired on a smart phone, including the build quality that you just can’t find in any other phone on this price, an awesome camera. And also don’t forget the silky smooth ZenUI and the performance it offers with the Intel Atom processor.
Everything considered, I can assure you that this is one of the most value for money phone you can get for 8K and you won’t go wrong buying this phone. You can buy this one exclusively from Flipkart for Rs.7999. 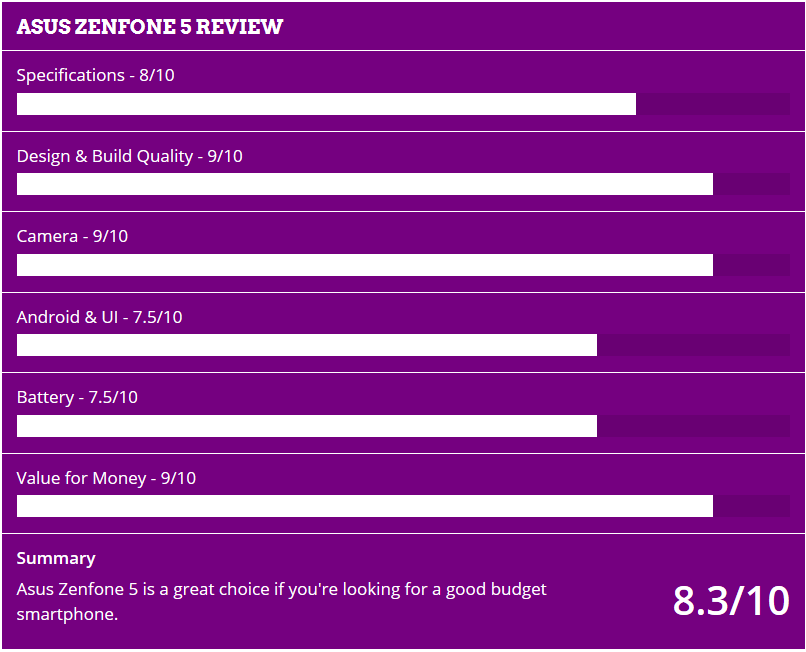 If you liked this hands-on review, just hit the share buttons and donate me a Like/Tweet/+1. Got anything else to know about Asus Zenfone 5, just comment below!