Asia emerges as a hot destination for setting up data centers 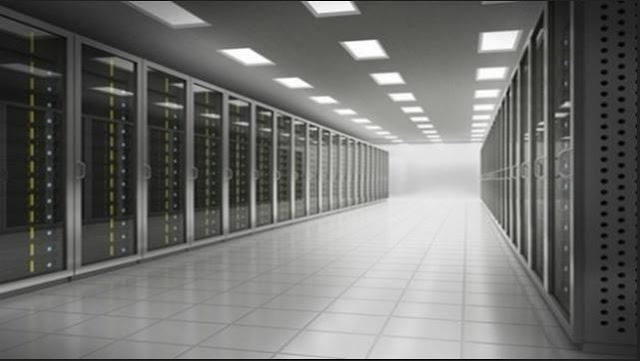 With the proliferation of cheap smartphones and tablets and the ever-expanding reach of the Internet, Asia—particularly South-East Asia–has emerged as a hot destination for the setting up of data centers. Rise in Internet users together with good economic growth translates into greater data demand. With the tremendous expansion of the Internet and a huge potential for growth, Cloud providers place servers close to users for better services and reaction times. This leads directly to the setting up of more data centers.

The region has seen a sudden spike in the establishment of data centers. While Google set up its first data centers in Singapore and Taiwan, Amazon Web Services (AMS) built data centers in Singapore and Tokyo (Japan). According to APAC Reach, a marketing and research company assisting expansion in the Asia-Pacific region, there has been a great increase these days in European clients interested in investing in data centers in the area after the Brexit referendum in the UK. Chunghwa Telecom, Taiwan’s largest telecom company, has opened its doors to about £309-million data center facility, outside capital Taipei. Similarly, Deskera, a leading Cloud software provider in South-East Asia, has announced spending S$50 million over the next three years to construct a wholly-owned Cloud data center in Singapore. The company plans to make it one of the biggest software as a service (SaaS) centers in South-East Asia.

“We are investing in this data center to offer customers fast and reliable services. It will strengthen our ecosystem and help in our plans to support business expansion across multiple industries,” said Shashank Dixit, CEO, Deskera.

Cloud shift is the reason for propagation of data centers

As software companies move from premise-based technology to Cloud-based technology, IT companies are migrating from traditional resources, such as direct server and software license purchases, to Cloud computing. Consequently, they need to set up fast-paced and resilient infrastructure. Establishing data centers is one way to achieve that goal and support the company’s plans of expansion.
“Cloud adoption is expanding at an incredible rate and consequently it is critical that there is resilient and robust infrastructure in place,” added Shashank.

Major spike predicted in IT spending

According to global research firm Gartner, the IT sector will globally spend over $1 trillion due to the Cloud shift over the next 5 years, making Cloud computing one of the most disruptive forces since the beginning of the digital age.

“Cloud-first strategies are the foundation for staying relevant in a fast-paced world,” said Ed Anderson, vice president at Gartner. “The market for Cloud services has grown to such an extent that it is now a notable percentage of total IT spending, helping to create a new generation of start-ups and ‘born in the Cloud’ providers.”Apart from Cloud replacing or complementing present IT systems, applications and services are exclusively being created to run in the Cloud.

Among other things, IT spending will be on setting up resilient infrastructure, including establishing data centers, to support expansion.

What is a data center?

At the start of the Digital Age, computers were so big that special rooms had to be created to house them. Later, despite the miniaturization in computer sizes, increase in functional scope needed them to still be housed in individual rooms. The need for data centers arose during the dot-com bubble of the early 21st century. Companies needed fast Internet connectivity and uninterrupted operations in order to deploy systems. Many built large facilities, called Internet data centers (IDCs), to provide clients with a range of solutions for systems deployment and operations.

Why the data center boom in Asia?

While Internet penetration in Southeast Asian nations like Singapore and Hong Kong may not swell further, there is huge prospect for growth in countries such as Cambodia (population of 14.8 million), Indonesia (237.5 million), and Vietnam (88.0 million). Putting together China and India (with more than a billion people each), a majority of the world’s population is yet to go online, particularly those living in Asia. With the Digital Revolution reaching far-fetched places, the demand for data infrastructure is set to increase exponentially. This is just the beginning.