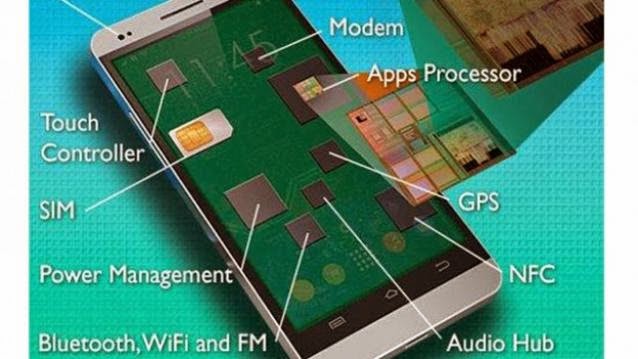 Chip designer ARM Holdings Plc on Tuesday unveiled a new processor blueprint with improved computing performance and beefed-up graphics aimed at smartphones and tablets to be launched next year.

Investors are concerned about lower royalty rates for ARM as growth in the smartphone market shifts to China, where consumers typically buy devices priced at $200 or less, compared with more than $600 in the United States.

Rather than making its own chips, ARM licenses its processor technology to other semiconductor companies, including Qualcomm and Samsung Electronics Co Ltd, as well as to Apple. It receives royalties based on the selling prices of chips shipped by its partners.

ARM’s new processor has 3.5 times the performance of comparable chips from 2014, executives said at an event in San Francisco. The chip design will also deliver a 75 percent reduction in energy use, helping reduce battery drain on smartphones, they claimed.

Some of the improvements will be due to advances in manufacturing technology at contract manufacturers like Taiwan Semiconductor Manufacturing Co Ltd, the Cambridge, U.K.-based company said.

Nandan Nayampally, ARM’s vice president of marketing, said with the Cortex-A72’s increased computing horsepower, smartphones and tablets will be able to handle complex computing like voice analysis without having to connect to the Internet.
Many compute-heavy tasks on smartphones today are handled remotely in data centers owned by Internet heavyweights like Amazon, Google and Facebook instead of by the smartphone’s processor, with results instantly sent to the device.

“There’s more than enough performance on tap (for) increasing complexity on the local device,” Nayampally said, adding that devices made with the new chip technology would likely ship in early 2016.