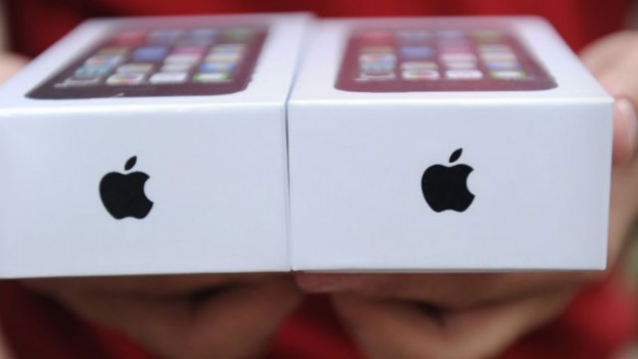 Boxes with Apple’s iPhone 5s are seen in this photo. AFP

Apple is likely to launch two new versions of the iPhone in 2014 with screens bigger than 4-inches, reports Wall Street Journal.

The report quotes people familiar with the plan and says that, one of the models will have a 4.5-inch-plus display, while the second version will have an even bigger diagonal display size of 5 inches. The report adds that both models will have metal casings and the plastic exterior used in iPhone 5c won’t be returning. It’s not yet clear whether the existing models will continue to be stocked in shelves. However, the report also adds that the sources said that Apple could change its plans in the course of the year and that the bigger screen phone is still in early stage of development.

The WSJ report comes after a story on Apple Insider, which pointed out that analyst Timothy Arcuri of Cowen and Company, issued a note to investors on Wednesday claiming that the design of Apple’s next iPhone has been finalised. According to that note, the iPhone 6 will have a 4.8-inch screen.

Previously Ming-Chi Kuo of KGI Securities, who is well-known for accurate Apple predictions, also said that the company would launch the larger screen iPhone in 2014. He had however said it was unlikely to be more than 5-inches in size. This is after even older reports that said Apple was testing iPhones with screens up to 6 inches in size.