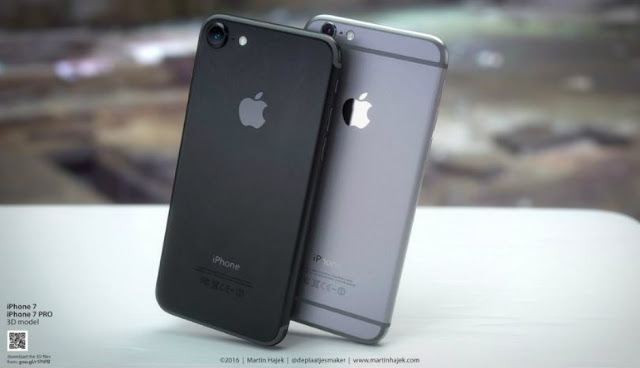 A leak on Weibo has just revealed the pricing of Apple’s upcoming iPhone 7. Also revealed are the variants that might be available.

The prices were listed in Yuan. Converted to Indian Rupees, the prices would be as follows:

If this list of variants and prices is to be believed, it looks like Apple is phasing out both the 16GB and 64GB options, except on the smaller iPhone 7. Judging by the past, it’s highly unlikely that we’ll see these prices in India though.

In terms of design, it’s expected that the iPhone will be very similar to the current iPhone 6s and 6s Plus models. There are also bunches of rumours floating around regarding the new iPhone, some contradictory, but here’s what we know so far.

There’s been some speculation that Apple will drop the home button in favour of a capacitive one on the iPhone 7. If they do, I assume they’ll use their ‘taptic engine’ to simulate a press, as they do on their MacBook and Apple Watch. This change, I believe, will be very welcome. Physical home buttons are passé. Android has shown that you don’t need a physical button and my time with the OnePlus 3 has convinced me of its utility.

This is one of the scariest and most persistent rumours circling around, and one that I dread will come true. Rumour has it that Apple will dump the 3.5mm jack in favour of a lightning port, all in the name of slimness. Audio will be streamed digitally via the lightning port or via a 3.5mm adapter that attaches to the lightning port.

I’ve used CDLA on the LeEco Le Max 2 and while the audio was impressive enough, I’m firmly in the court that favours the 3.5mm jack. People have tried to kill the jack before and it’s sheer convenience has kept it alive till now. I don’t think it’s time to change it just yet.

Thankfully, more recent reports indicate that the Apple will retain the 3.5mm jack.

Dual-camera or something more

Images have leaked indicating a dual-camera setup on the iPhone 7, possibly on the Pro or Plus models. People have complained about the larger camera bulge seen in the images as well. It’s not really clear what the dual-camera setup will actually do, nor the reason for the larger camera bump. I’m curious to see what Apple has done in that department. To be honest, I’d just prefer a larger sensor.

The A10 is of course, the expected chip for the iPhone. I doubt they’ll move beyond a dual-core setup but a souped up graphics chip is a must, especially with a possible Pro model in the works. The iPhone 6 Plus and iPhone 6S Plus really suffered in the graphics department (compared to the 6, which has fewer pixels to push).

The biggest change of course, is that Apple is dumping the 16GB option and adding a 256GB variant. Good news overall.

RAM is expected to remain constant at 2GB, though the Pro model might get 3GB of RAM (Why not 4?).
We also spotted what seems to be a smart connector on the back of a possible iPhone 7 Pro. It’s not entirely clear what it’s for. I expect it’s something like Motorola’s modular connector and will allow for the attachment of accessories without interfering with the lightning jack.