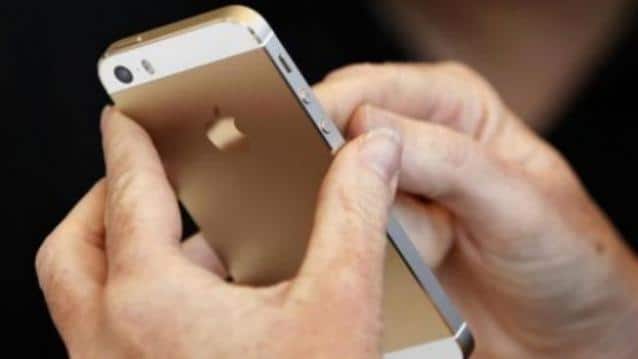 Apple’s event of the year, which is being held on September 9, has many fans wondering as to what the company will unveil. According to rumours, the so called iPhone launch event will have much more to offer than the usual ‘traditional’ unveiling of an iPhone. However, Apple loyalists are simply eager to look out for the next signature iPhone, which is not supposedly the 7th variant but rather, a more advanced or miniature version of the iPhone 6, codenamed iPhone 6s.

Let’s have a look at all the rumours surrounding the new purported iPhone 6s:

Going by the current rate of adoption of large screen displays in smartphones, Apple may go the other way and offer the new smartphone in a mere 4.7 inches. However, the device is rumoured to offer a 1125 x 2000 resolution with a pixel density of 488ppi.

A higher pixel density on a smaller screen will most definitely offer a better screen output. Compared to the previous iPhone 6, which features a 750 x 1334 resolution with 326ppi, the company is most definitely focusing on offering a crispier display with the new device rather than just focusing on improvising the screen size. 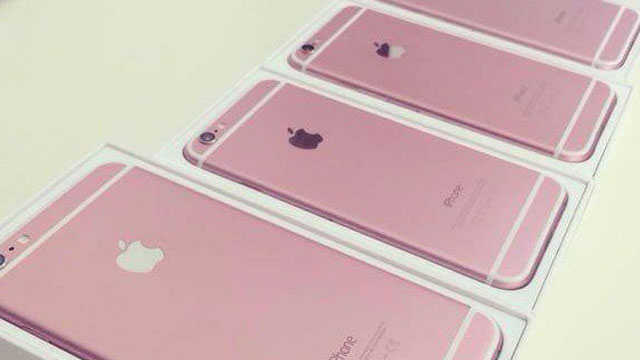 In terms of design, Apple isn’t innovating and is said to offer the same exterior. Hopefully, the company will not manufacture an extra-slim body for the smartphone and will make it sturdy enough for one-hand use. According to a leak, Apple might also offer this device in a new colour variant namely, rose pink, in addition to the gold, silver and space grey variant. The last ‘s’ iPhone upgrade had introduced the popular gold variant, and so it is quite likely that the company may opt for Rose Gold or likewise. 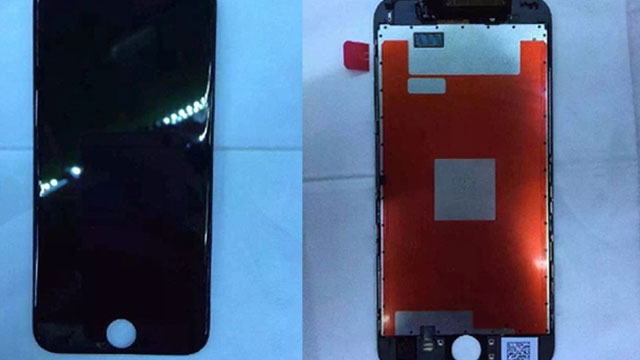 For Apple, a major upgrade will be the introduction of ForceTouch display. In layman words, Force Touch is the haptic feedback feature that was introduced this year in the Apple Watch along with the new MacBook. This ForceTouch technology lets the device detect varying levels of input pressure by deploying electrodes around its screen. For example, in the Apple Watch, electrodes are embedded around the flexible OLED display that help detect the deformation caused by a press/tap/swipe.

This force is then translated to operations by adding an extra layer of control to multi-touch system.

In addition, new images of iPhone 6s with Force Touch technology have surfaced online as well. 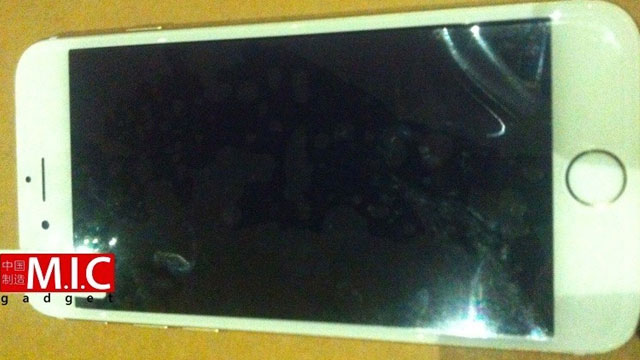 A 9To5Mac report also states that the new pressure-sensitive display will be called 3D Touch Display. The iPhone 6s display will recognise not just taps and presses, but also deep press. That means it will come with three different types of input support, reportedly the reason why it is being called ‘3D’ display.

Just a few days before Apple’s event, Huawei unveiled a new smartphone at IFA, dubbed Huawei Mate S, which has a similar Force Touch display. At the conference, the company literally measured the weight of an orange with the display of the phone. Let’s see if Apple has such a gimmick up their sleeves with the new smartphone. 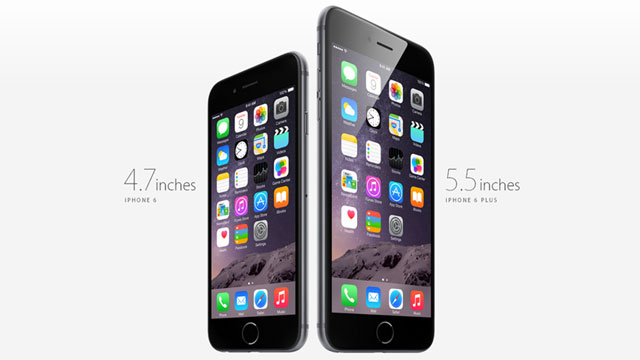 In addition, MacRumors performed a ‘bend test’ with the device and have confirmed that Apple is using a stronger, less bendable alloy for the iPhone 6s known as 7000 series aluminum. After going through the incredible troll with ‘bendgate’, looks like the company has finally made the effort to manufacture a device which is sturdy in its true sense and will not bend, even if placed in your back-pocket!

In all, judging by the display and exterior, Apple seems to have made an effort to improvise the new device in areas, where it needs to the most. Offering a slightly better display is required to be in par with manufacturers like Samsung, Huawei and others which aim to offer incredible clarity and display in their high-end smartphones.

The upcoming iPhone 6s is rumoured to sport a faster A9 processor along with 2GB RAM. We cannot really be confident with the decision of opting only 2GB worth of RAM when competitors offer double. Also, a higher RAM means better processing speed of the device. In addition, a report, the leaked score shows that A9 is going to feature two cores running at a speed of 1.80GHz.

9to5mac has shared a few images, showing a prototype of the next iPhone’s logic board as well. According to the report, a new NFC chip inside the iPhone 6S is from NXP and labelled 66VP2.

Also, along with a ‘slight shrinkage’ in size of the iPhone 6S’s logic board, Apple appears to be reducing the number of chips it uses for its phone. It may use  a Cirrus Logic audio chip, a Murata Wi-Fi module, and wireless power amplifiers from RFMD, Triquint, Avago and Skyworks within the iPhone 6S as well.

Meanwhile, the company is rumoured to reduce the battery size from of the iPhone 6S from 1810 mAh to 1715 mAh, meaning a reduction of 5.3 percent from the current iPhone 6. Apple users anyway have complains about their battery and if the iPhone 6s does indeed sport a smaller capacity battery, it might just steal the show of the entire device! Maybe, as Apple is packing in more features, along with an extra pressure sensitive screen, the device might be required to sport a smaller battery.

As of now it appears that the upcoming smartphone will sport a 16GB variant and is built with a 19nm production process. According to a report, there is a possibility that Apple may not ship this 16GB flash storage option, and was solely using it for early production and test models.

Apple does not really make sense with the 16GB variant, if it plans to offer, as most of the space will either be taken up by the new features, or the company’s pre-installed features. Adding to it, this can make the phone lag and with a small battery capacity, one can have a great deal of trouble using this device. Apple could have made a good choice by scrapping out the 16GB variant completely and starting the iPhone 6s with the 32GB variant and so on! 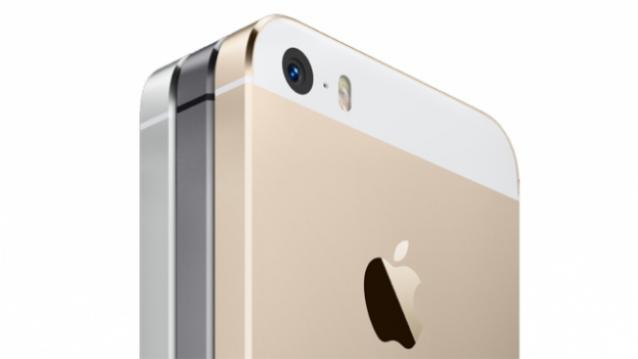 The upcoming iPhone 6s is said to sport a 12MP rear camera with 4K recording along with a 5MP front facing camera. This will definitely mark a significant upgrade from the existing 1.2MP front facing camera seen on the iPhone 6. When we compare smartphones from Samsung, Sony, Lumia and others, who offer mind-blowing camera features, Apple again, seems to be far behind in the race.
However, Apple has acquired LinX Imaging, a camera technology company specialising in cameras for mobile devices that are able to produce DSLR-quality images by using multi-aperture arrays. It is because of this acquisition, rumours suggest that this could be the company’s ‘biggest camera jump ever’.

Price leaks suggest that the 16GB iPhone 6s is likely to be priced at €699, 64GB at €799 and 128GB at €899. The company has confirmed that there will not be a 32GB storage variant. It is believed that the iPhone 6s will priced on the same lines as the iPhone 6. Price factors by the company have always been a bit puzzling. As the iPhone 6s launch nears, the company might slash down prices for the iPhone 6 and 6 Plus but adopting a ‘mid-range’ price tag does not fall under Apple’s strategy.

An Apple fan always, always believes that the company is capable of offering much more in the new upcoming iPhone, than the previous iternation. After having a run through most of the specifications and features of the purported iPhone 6s, it looks like Apple is finally, making this come true for fans, partly. If on one side, it aims to offer a better resolution, it is clustering it in a small screen device. Finally, when the company moved on to large screen displays with iPhone 6 and 6 Plus, it is compelling a user to use a small phone again!

It is to be believed that the new smartphone’s display will sport sapphire produced by Foxconn, as previously seen on the Apple Watch. But to enforce this on a larger display, might cost a fortune. This might be one of the reasons why the device is said to be priced similar to the iPhone 6. 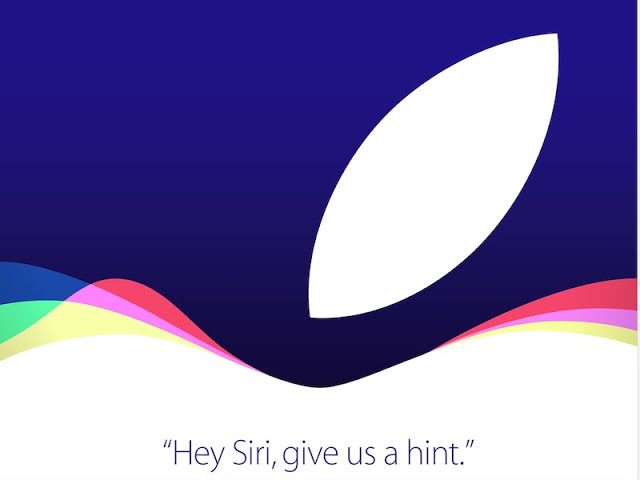 In terms of hardware, Apple has made significant changes but missed out on the trending features such as wireless charging. Wireless charging might be the next big thing in terms of charging a phone, but the company has missed it out, even though it is going to be priced along the same lines as the iPhone 6. In addition, battery doesn’t seem to be a major plus point either.

In others, camera features seem promising along with larger storage capacities too. Looks like Apple might have a ‘good enough’ phone for fans. We will only know on September 9, when the company will host the event at the Bill Graham Civic Auditorium in San Francisco, California. The company will be live streaming the event on Mac, iPhone, iPad, Apple TV and also for PC users.