TechFoogle
HomeNewsAppleApple iPhone 6 launch: What it means for the iPhone 5c

Apple iPhone 6 launch: What it means for the iPhone 5c 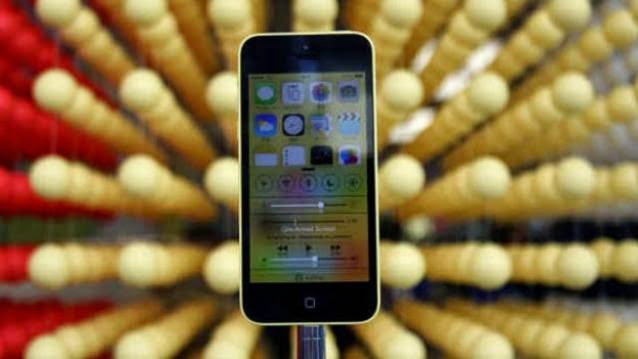 Apple’s iPhone 5c is seen in this file photo. AFP

As we had noted at the launch of the iPhone 5c, it was essentially the iPhone 5 in a polycarbonate body. The iPhone 5c had the same 4-inch screen, A6 chip as the iPhone 5, a slightly bigger battery than the iPhone 5, and the same 8 megapixel rear camera and 1.2 megapixel camera on the front. In essence, Apple hadn’t really compromised on the build quality as many tech experts had noted that it felt like a premium product with Apple’s design essence remaining intact.

One year on, it’s pretty clear that a new version of the iPhone 5c is not happening. Apple is expected to launch two new versions, one with a 4.7-inch screen, another with a 5.5-inch screen and these are both premium level devices. As this video by Russian Youtube user, Rozetked had shown the iPhone 6 doesn’t look like a bulky device and is in fact thinner than the iPhone 5s. Also it’s an all metal-body. Not plastic body this time.

So how did the iPhone 5c do as device in terms of sales? As far as numbers are concerned, it’s quite a conflicting story. What is clear is that Apple sold more iPhone 5s premium devices than the iPhone 5c.

According to this Apple Insider report in the US, the iPhone 5s was the top selling smartphone for almost all US carriers and even though the iPhone 5c did terribly compared to the 5s, it did actually outsell a lot of other devices in the US. The report points to data collected by blogger JM Manness who said that the iPhone 5c sales numbers were 12.8 million in the winter quarter of 2013.

However a BusinessInsider report points out that according to data from Localytics the iPhone 5c makes only 8 percent of iPhones, falling behind even the iPhone 4.

So is the iPhone 5c going to come to an end? According to TechCrunch, simply because “it’s a ‘lower end’ device that packs older innards and Apple could easily drop it from the lineup to make room for a new ‘low end’ unit.”

Currently the low-end unit in the iPhone series is the iPhone 4S. And as the Localytics data also shows, it is the iPhone 5 which is still the most popular iPhone device in the market, just two percentage points ahead of the iPhone 5s. Now when Apple launched the iPhone 5s, it had discontinued the iPhone 5. If one were to go purely by the numbers, Apple could retain either the 5s or bring back the iPhone 5 as the new mid-tier device. In addition it could keep the 4S as the low-end device when the two new iPhones are launched. But let’s remember the iPhone 5 was a premium device and it’s unlikely that Apple would bring this back, not when the iPhone 5s is an option.

The iPhone 5c in such a scenario is the best bet for being the new low-end device. Currently it’s retailing at Rs 37,000 in India for the 16 GB version, while the iPhone 4S is available at close to Rs 20,000. If Apple starts selling the iPhone 5c at the price for the iPhone 4S, that would be quite a killer deal, since essentially it has all the same specs as the iPhone 5, but not the build. This is what makes it the perfect replacement for the iPhone 4S.

Either way, the end of the iPhone 5c also shows that for Apple the plastic and cheap experiment is never going to work. Apple devices have always had an exclusivity around them, and clearly with the assumption that the iPhone 5c was the ‘cheaper’ solution to the iPhone 5, fans weren’t interested in upgrading. Instead they just stuck to their iPhone 5.