Apple invited media to a “special event” in its hometown of Cupertino, California, on Sep 9, when the iPhone maker is expected to unveil the latest versions of its best-selling smartphones.

Apple’s typically cryptic invitation read: “Wish we could say more.” It came on a simple black-and-white background dominated by the company’s familiar corporate logo. Apple is also expected to announce the iWatch at the event. 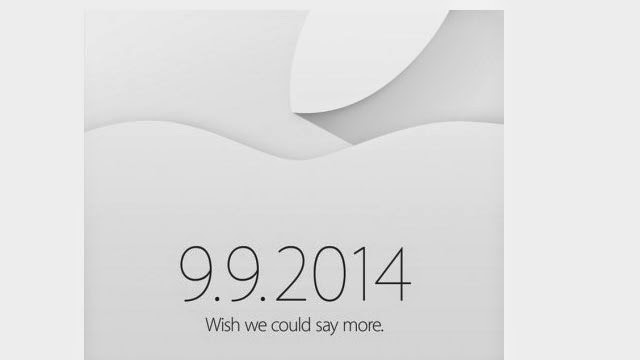 The launch date had been widely reported. Apple was expected to unveil larger 4.7-inch and 5.5-inch screens for iPhones, a move thought to be driven in part by the success of larger devices by rival Samsung Electronics Co Ltd. Tech blog Re/code also reported Apple may introduce its long-awaited smartwatch.

Apple uses its September events to showcase its most important products. The iPhone accounts for half its business and is gaining more prominence as tablet sales falter.

The company that defined the smartphone industry has not introduced a new product since the iPad in 2010. CEO Tim Cook has promised new product categories for 2014. Software chief Eddy Cue has called Apple’s product pipeline the best he’s seen in decades.

But it remained unclear whether the company has another groundbreaking gadget up its sleeve.

Much of the pre-event speculation has centered on the use of “sapphire” display screens said to be more scratch-resistant. Separately, some suppliers have told Reuters about screen production snags that have raised questions about availability at launch time.

Beyond the hardware, the next generation of gadgets will incorporate new software features such as HomeKit, which will help manage connected devices within the home, and HealthKit, a central repository of health data and services.

Apple has been discussing its “HealthKit” data service with health providers and apps developers, people familiar with the discussions say. They said HealthKit, while still nascent, will become the lynchpin in a broader push into mobile and digital healthcare, a fertile field that rivals Google and Samsung are also exploring.

Shares in Apple have rallied in past months in anticipation of the event. On Thursday, they were up 0.4 percent at $102.55 in afternoon trade.