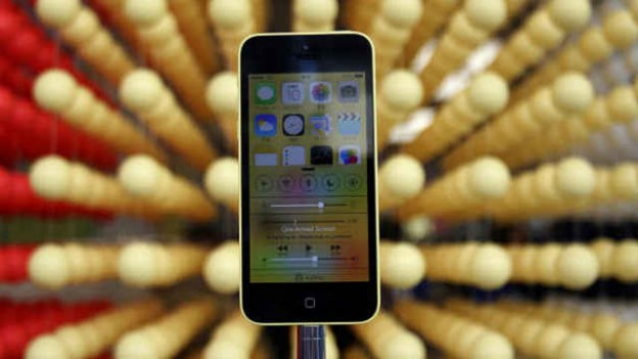 Apple’s iPhone 5c is seen in this file photo. AFP

Is Apple finally going to launch a smartphone with a bigger screen? Well according to analysts, 2014 could go down in history as the year Apple ditched the 4-inch screen for a bigger one.

According to a report on Apple Insider, “analyst Timothy Arcuri of Cowen and Company, issued a note to investors on Wednesday in which he claimed that much of the design of Apple’s next iPhone has been finalised.” The report says that the analyst was basing his note on supply chain sources and said that the iPhone 6 will have a 4.8-inch screen. Acuri isn’t the only analyst to say this.

The report also points out that Ming-Chi Kuo of KGI Securities, who is well-known for accurate Apple predictions, also says that the company would launch the larger screen iPhone in 2014. He had however said it was unlikely to be more than 5-inches in size. As far as bigger screen iPhones are concerned, previously we had heard that the company was testing iPhones with 6-inch screens.

The report had said that Apple has “begun evaluating a plan to offer iPhones with screens ranging from 4.8 inches to as high as 6 inches, people familiar with the matter say.” The report also hinted that the Apple was particularly keen on 4.8-inch screen size. Will Apple launch two devices this year with two different screen sizes? We’ll have to wait and watch on that one.