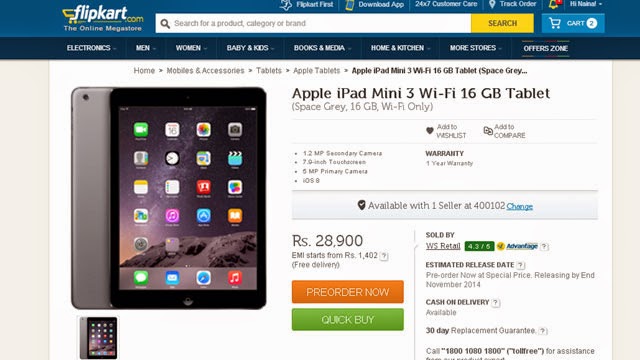 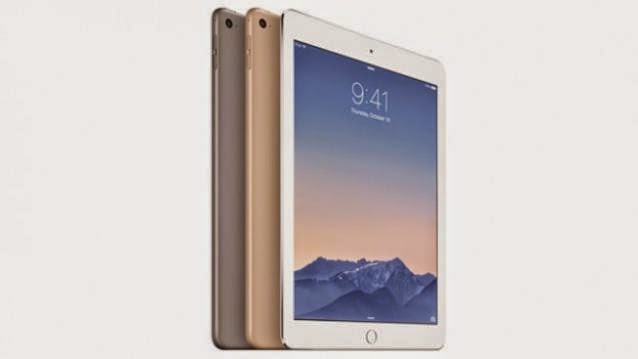 The iPad Air 2 as well as iPad mini 3 can be picked in space grey, white and gold options. The e-retailers promise to ship both devices by the end of the month.

While we expected the device to go on sale around Diwali along with the iPhone 6, given Apple’s track record in India it still isn’t too late considering the devices were launched just a month and half ago.
The Apple iPad Air 2 measures just 6.1mm thin and weighs just 435g. It is easily the world’s thinnest tablet, almost 18 per cent thinner than the original iPad Air. The major update is the presence of the TouchID fingerprint scanner on the power button in the iPad Air 2.

It comes in the golden coloured back as well as space-gray and silver backs. The other major addition is the presence of an 8MP iSight camera, which brings in all the goodies such as time-lapse mode, live HDR, 120fps slo-mo mode, burst mode, panorama and so on. There is an improved 1.2MP front facing camera as well.