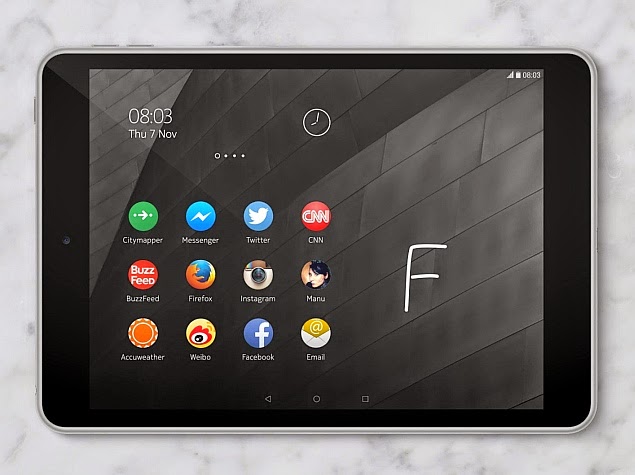 Nokia (or to be precise, Foxconn) managed to sell 20,000 N1 tablet units in its first flash in just four minutes in China, according to the latest report. Notably, the device was launched in China at a CNY 1,599 (Rs. 16,300 approximately) price tag on Wednesday. The tablet has also appeared in GFXBench and AnTuTu benchmarks.

The firm, following the flash sales method like Xiaomi, will again let interested users buy the device on January 15. The flash sales however, would still be limited to China only, as per Blogjackphone – the publication that reported how fast the tablets were sold out.
The Nokia N1 tablet, when put under AnTuTu and GFXBench tests (via Nokiapoweruser), is seen performing better than the iPad mini 3.

The Nokia tablet, as per the report, led the race under Manhattan, 1080p T-Rex Offscreen and T-Rex tests in GFXBench benchmark with 589 frames, 1691 frames and 1437 frames respectively. Apple iPad mini 3 received 553 frames, 1598 frames and 1271 frames in the same tests.

Under AnTuTu test, which surfaced online couple of days ago, the Nokia N1 tablet received 45,121 points and 12,623 points in the CPU efficiency and Image processing sections respectively. The iPad mini 3 was seen trailing at 28,446 and 10,102 points.

5300mAh battery, and the predictive Nokia Z Launcher interface on top of Android 5.0 Lollipop.
To recall, with the launch of the Nokia N1 tablet, the company neatly bypassed the restrictions imposed by the Microsoft deal, after the acquisition of Nokia’s devices and services division by Microsoft in April last year, the Finnish company can no longer use the Nokia brand on smartphones till Q4 2016, and on feature phones for 10 years.