Apple iOS 9 to roll out on 16 September: Top 10 enhancements in the new OS 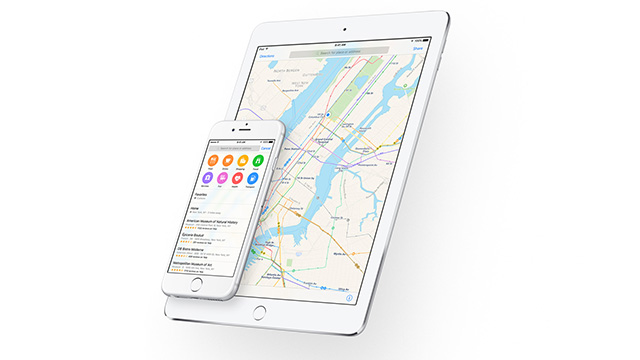 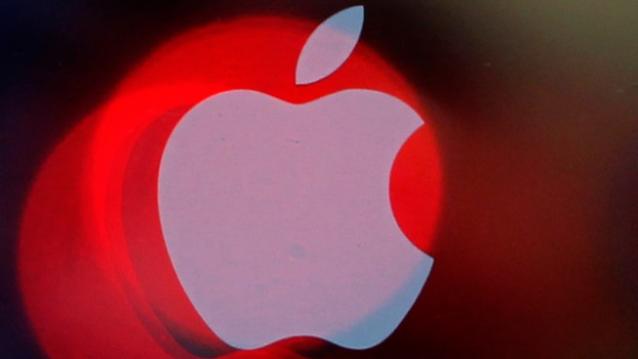 Apple has finally taken the wraps off its new devices which include two new iPhone models namely iPhone 6s and iPhone 6s Plus along with an iPad Pro, enhanced Apple TV and iPad mini 4. Finally, an announced date for the anticipated iOS 9 will release on 16 September.

Apple had made many more improvements to the company’s OS so as to offer a better experience to all users along with performance, battery life and security. We take a look at all the new enhancements made: 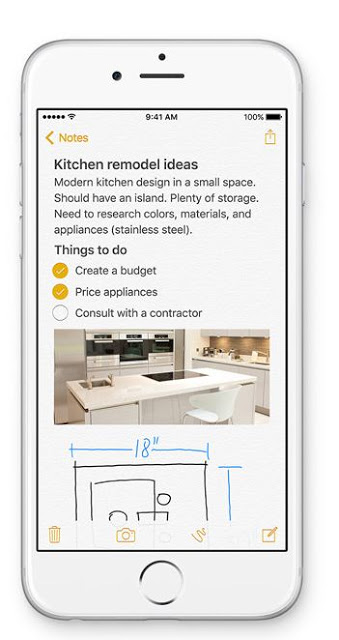 With the updated Notes, one can now make a checklist of to-dos with greater ease, or can add a photo or web link to a note. One can even draw a sketch with your finger. Along with the updated iCloud, changes to your notes will be updated across all your devices and on iCloud.com as well.
You can also tap the Share button in Safari, Maps and other apps to save attachments such as maps, links, Pages documents and more. In addition, the Attachments Browser organises all the items attached to your notes in one simple view so it becomes much easier to find something when looking for it.

Also, now you can add bullets with a tap to create checklists, use the tip of your finger to draw straight in your note or take a photo from within the Notes app as well. Notes also works with iCloud so users can access their notes or other devices too.

In iOS 9, you can use public transport with Maps as your guide. Basically, in selected cities around the world, a new Transport view shows you lines and stations for the metro, buses, trains and ferries on the map. When you plan a route, every step of your trip is laid out from point A to point B.

In addition, the new Maps also features Transport view which offers public transport information with routes and directions. Transport is customised for each city, where available and you can also ask Siri for public transport directions. Maps is also an OS X app, so that users can plan a trip on their Mac and follow the route on the iPhone or Apple Watch when on the go. 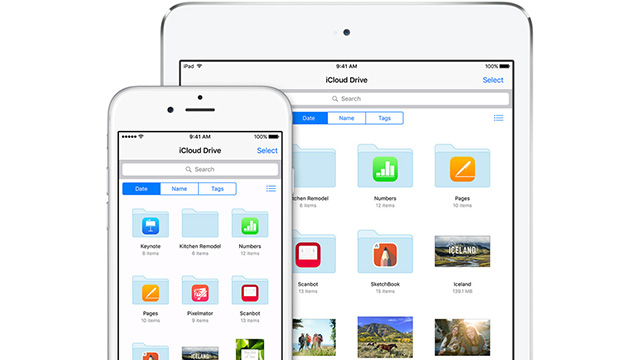 The new iCloud Drive app built into iOS 9 will now allow users to access any file saved to iCloud from a your Home screen. In addition, users can now search within the app and find the file they are looking for or browse all your files by date, name or any tags as added on the Mac.

Users can also preview and organise their files without leaving the app, which proves that the company has worked towards offering better organisation in the new OS. 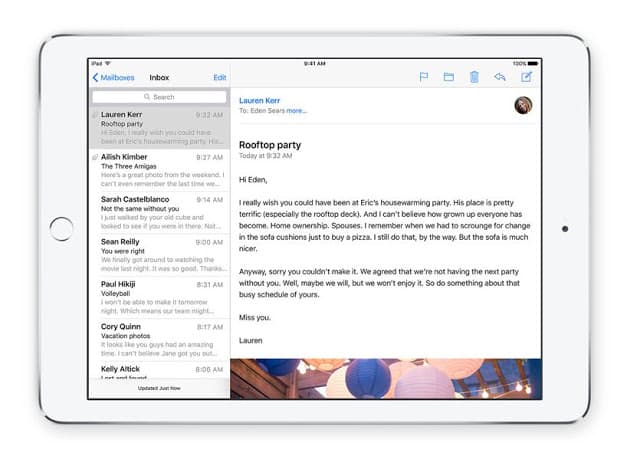 With the updated Mail app for iOS 9, you can add drawings, comments or a signature to attached photos and documents. You can also attach any files you have stored in your iCloud Drive and the new search options help you find the email you are looking for faster by narrowing down results based on subject, sender, recipient or a combination of criteria. 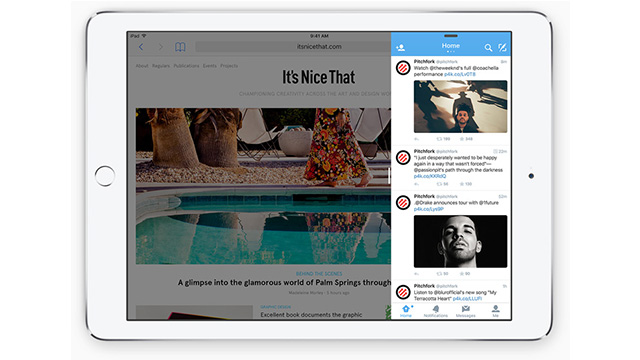 iOS 9 brings about some great multitasking features. You can now open a second app without leaving the current one. This enables you to quickly browse the web, respond to a text message or any other task and then, slide that app away and get back to the one you were using before. The next one is Split View, in which you can go a step further and have two apps open and active at the same time. You can either draw a sketch with the reference photo beside it or simply write a paper while copying citations from a book in iBooks.

With the new Picture in Picture option, press the Home button and your video screen scales down to a corner of your display while using FaceTime or watching a video. You can tap to open a second app and your video continues to play even while you use the other app. 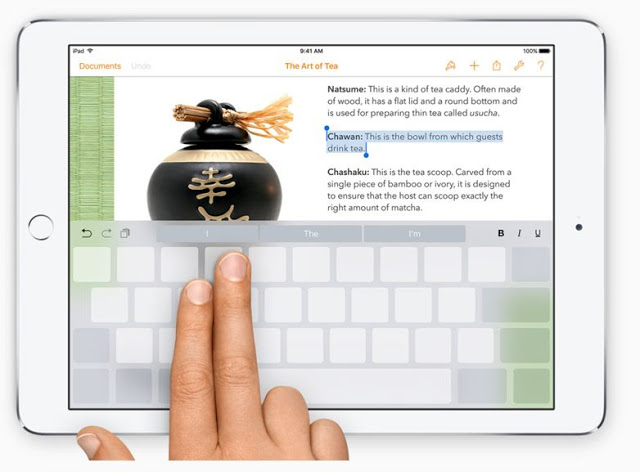 The new QuickType keyboard in iOS 9 brings about an all-new Shortcut Bar, convenient editing tools and a new way to select text with Multi-Touch gestures. Users also have the option to use a wireless keyboard with their iPad which offers keyboard shortcuts along with new language keyboards for Punjabi, Gujarati and Telugu, and extended support for Hindi with transliteration and ‘Hinglish’ keyboards.

One of the major attempt made by Apple in the new iOS 9 is to offer a longer and stronger battery life. The company believes that due to the ambient light and proximity sensors, your iPhone knows if it’s face down on the table and prevents the screen from turning on, even when you receive a notification.

In addition, a new Low Power mode lets you extend your battery life even further. The apps in iOS 9 also take advantage of Metal, making efficient use of the CPU and GPU to deliver faster scrolling, smoother animation and better overall performance.

Compared to iOS 8, which offered the update at 4.58 GB, almost eating up your memory space, the new and improved iOS 9 will only be 1.3 GB. Thankfully, users will not need as much free space as before to update their devices. Also, users will get a notification when it is time to update their device that let your device update while you sleep or when you use it least. 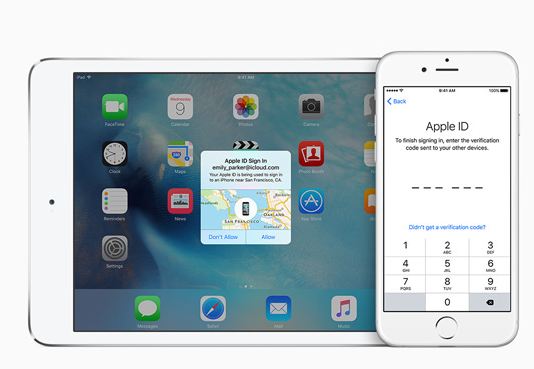 iOS 9 will aim to offer better security by keeping your devices along with Apple ID secure in an attempt to protect personal information like photos, documents, messages, emails and much more.

The new OS advances security by strengthening the passcode that protects devices by making it harder for others to get unauthorised access to the Apple ID account. These new security features will make it much harder for anyone else to access personal information. 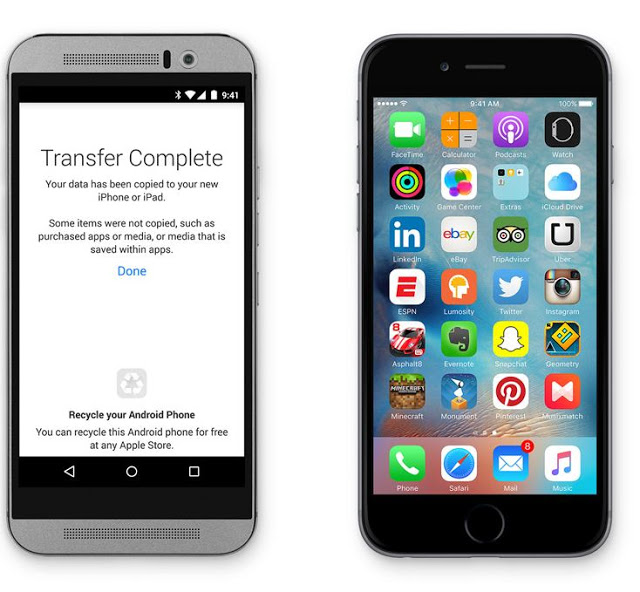 With the new Move to iOS app in iOS 9, you can wirelessly switch from an Android device to a new iOS device at ease. It securely transfers your contacts, message history, camera photos and videos, web bookmarks, email accounts and calendars and will help rebuild your app library too. In addition, all your paid apps are added to your iTunes Wish List as well.