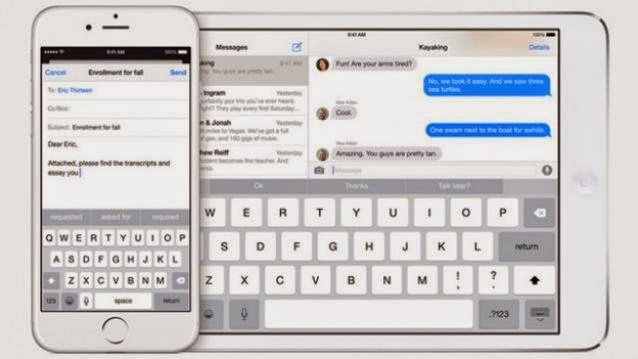 Apple’s iOS 8 is here and finally you’ll need close to 5 GB space on iPhone or iPad or 5th generation iPod to get the update. To know the reasons for that and what’s the best way to do this without deleting all your apps and photos, read more here.

Also even before the iOS 8 update has rolled out, Apple has discovered that the HealthKit app has a bug and is telling developers about the situation and is also pulling some apps.

But there are features that make the iOS 8 update totally worth it. We take a look at five quick points.

1) The keyboard: Finally we have a newer keyboard and this is really one of the features that everyone had been waiting for. For the first time ever, typing out a message on the iPhone didn’t take so long for me and yes the predictive text was very accurate. Also Apple has ensured that iOS 8 will allow users to access third-party keyboards. Sure Android users have had this for a long time but it seems Apple has finally given and listened to the fans and caught up with what Android was offering.

2) Notifications: Notifications have also changed for the better in iOS 8. For instance you now reply to messages directly from the lock screen. Just slide on the right hand side and it will you show you the reply option. As far as WhatsApp messages are concerned, you can now read them directly on the locked screen. But it looks like the reply feature for these will come once WhatsApp is updated.  You can also reply to Tweets, Facebook notifications etc from the Notifications Banner directly. Also if you are in another app, you will see the notifications, alerts from messages on top and you can choose to reply from there itself or just ignore the message.

3) Recent calls: Double-pressing the Home button will show you the list of recently called numbers and apps you’ve used. If you click on the contact, iOS 8 will show you the option of either messaging or calling the user. You can choose to do either. 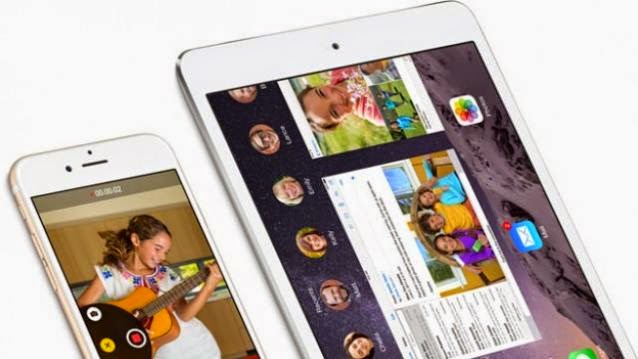 4) Selfies/Photos on a Timer: So yeah, you can now time your selfies and your photos on a timer and the options in the list for now include 3 and 10 seconds. This is a good way to ensure that all those group photos come out just right and that you have sufficient time to pose or pout before taking your seflie.
To use the option, go to the camera app, you’ll see a little timer on top, click on that, choose which option you want. Once you do that you can press the photo button and it will begin the countdown. It’s a pretty useful feature, if you’re obsessed with taking photos all the time. Also photos can now be shared directly from apps like Snapchat, Slack, Flipboard, but do note that the you need to have the app open atleast in Snapchat’s case. Again we’ll have to wait for the WhatsApp extension to come for this feature to be available for that as well. You can also choose what apps should get direct access to photos. When you try and share a photo, it will show more option. Just slide yes to the apps that you want to give access to.

5) Messages: You can now see what time a message was sent. Just drag the message bubble to your left and you’ll see the option. It lets you send multiple photo and videos at once. The all new “details” section of Messages lets you view all of the attachments that have been exchanged in each of your conversations on a single screen. You’ll see images as well as videos that you’ve sent or received. It also stores a lengthy archive of past messages. However, to free up space, you can simply tap and hold on any attachment to erase it.