Blast from the past: 5 high-impact Apple keynotes that captured our imaginations 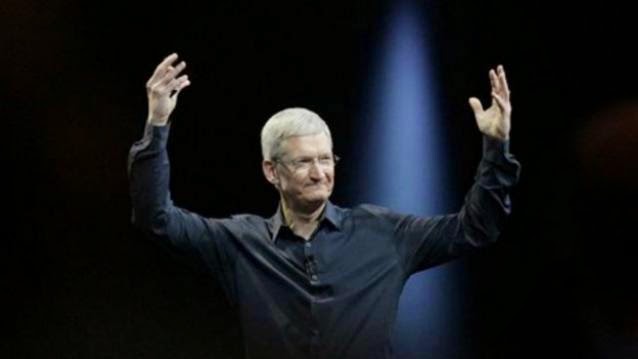 Apart from its well-crafted devices and nifty software, Apple is also known for putting up the best launch shows. It’s well-rehearsed keynotes and iconic turtle necks  have been gaining importance over the years. This year it is special as Apple will be introducing a new product category, something we haven’t seen since 2010, in the form of a smartwatch. A lot of onus lies upon this device as the company is struggling to bounce back with creativity ever since Steve Jobs passed away. As we prepare for possibly one of the most crucial moments in Apple’s history, here are five most important Apple keynotes, not necessarily in the same order.

1984 Keynote – Macintosh
This is where it all began. At the keynote, a very young Jobs demoed the device in front of 3,000 people in January 1984. Take a look at the five minutes clip below, courtesy John Harris Stevenson. He also explains, “Pandemonium reigns as the demo completes. Steve has the biggest smile I’ve ever seen on his face, obviously holding back tears as he is overwhelmed by the moment. The ovation continues for at least five minutes before he quiets the crowd down.”

2007 Keynote – iPhone
The first iPhone launch back in 2007 was one of the most important keynotes in the history of Apple and also the rest of the world. Today, the slick touchscreen display is dominating the entire mobile world. The event was called ‘bet-the-company’ and Jobs in his iconic turtle neck and visibly cheerful attitude unfurled three new products. Jobs started the keynote saying how he has been looking forward to this day for two and a half years. He further said “Every once in a while a revolutionary product comes by that changes everything.” Well, the rest is history.


2001 Keynote  – iPod
At its 2001 keynote, Apple took the digital music industry by storm. It’s event was called ‘Breakthrough digital device. (Hint: it’s not a Mac).’ It was truly revolutionary, we must say. The tiny music player has changed everything, and has evolved over the years. Moreover, it should be noted, before the iPod launch, Apple was simply a computer manufacturer and it set its sights on newer market segments with the iPod.

2010 Keynote -iPad
It was in the iconic 2010 keynote that Apple introduced the iPad. It was accused of being a enlarged iPhone/iPod Touch without flash. Though bombarded by criticism, the company managed to sells millions of units and today, the iPad is the reigning tablet in the tech world. Moreover, there was something different about this keynote. The settings were different and Jobs took to a couch instead of strolling across the stage.

2008 Keynote – Apple App store
From music and movies to gardening and cooking, there’s an app for just about everything. It is really hard to believe that its not even been a decade since Jobs announced the App Store that has truly revolutionized the world. While most services were online, Apple built a closed eco-system with apps that can be used only with its iPhone, further maintaining an exclusivity for its products. So, a year after launching the iPhone, Apple announced iOS SDK for the developers and allowed the whole world to contribute to its iPhone. Needles to say, the company is pretty strict about the guidelines while submitting an app. The App Store also brought in millions of profit for the company and paved ways for new job opportunities in the tech world, and it also contributed greatly to the over-reliance on mobile in today’s world.

So how will the late 2014 keynote change things around for Apple? We know that this will be a watershed event for Tim Cook, and could open a whole new world of possibilities of what you can do with an iPhone.