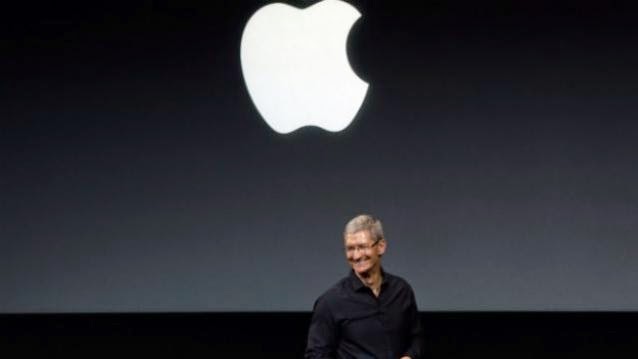 Apple CEO Tim Cook’s declaration that he’s “proud to be gay” wasn’t exactly news in Silicon Valley, where his sexual orientation was no secret. But advocates say that given Apple’s immense reach and visibility, his coming-out could help change attitudes in workplaces across America.

The 53-year-old successor to Steve Jobs made the announcement in an essay published Thursday by Bloomberg Businessweek. He is the highest-profile U.S. business executive to publicly acknowledge that he’s gay.

In a country where more major-league athletes have come out than top CEOs, business leaders said Cook’s disclosure was an important step toward easing anti-gay stigma, particularly for employees in the many states where people can still be fired for their sexual orientation.

Cook, who led Out magazine’s top 50 most powerful people for three years, said in the essay that while he never denied his sexuality, he never openly acknowledged it, either. He said he acted now in the hopes that his words could make a difference to others.

“I’ve come to realize that my desire for personal privacy has been holding me back from doing something more important,” he wrote.

Cook said he considers being gay “among the greatest gifts God has given me” because it has given him both a better understanding of what it means to be in the minority and “the skin of a rhinoceros, which comes in handy when you’re the CEO of Apple.”

Besides Cook, there are no other openly gay CEOs in the Fortune 1,000, even though statistically, 3.4 percent of Americans identify as something other than straight, according to data from the Centers for Disease Control. Some executives of major U.S. corporations who are openly gay at their companies declined to comment to The Associated Press.

John Browne, who resigned as British Petroleum CEO in 2007 after being outed by a tabloid and who is the author of “The Glass Closet: Why Coming Out Is Good Business,” said Cook has become a role model “and will speed up changes in the corporate world.”

Megan Smith, a lesbian who was a top executive at Google before recently becoming the U.S. government’s chief technology officer, predicted “people will look back at this time not only for the extraordinary technological innovations that keep coming, but also for great shifts in civil rights and inclusion of talent across our world. Tim is a big part of both of these important movements.”

Fifty-three percent of workers in the U.S. who identify as lesbian, gay, bisexual or transgender hide that part of their identity at work, according to a study by Human Rights Campaign, the nation’s largest gay-rights group.

“I think it depends on where they’re located, and it depends on their position in a company,” said Wendy Patrick, a business ethics lecturer at San Diego State University.

She points out that executives in the 29 U.S. states that do not protect employees from being fired based on sexual orientation may still feel hesitant to come out at work.

Cook’s announcement “will save countless lives,” said Chad Griffin, president of Human Rights Campaign. “Apple has consistently fought for the LGBT community, and we’re incredibly grateful that today’s announcement will bring even more to their work for equality.”

Three days ago, Cook challenged his home state of Alabama to better ensure the rights of the lesbian, gay, bisexual and transgender community. Alabama is among the states that do not recognize same-sex marriage, and it offers no legal protections on the basis of sexual orientation or gender identity. Cook is a native of Robertsdale, Alabama and attended Auburn University.

In Silicon Valley, there’s less of a stigma than in other industries and parts of the country.

“It’s an engineering-based industry,” said author Michael Malone, who has written several books about the evolution of Hewlett-Packard, Intel and other leading companies. “Either the person does the job or they don’t. And if they don’t, they’re gone. And if they do the job, nobody really cares about their personal life.”

It remains to be seen how the news will affect Cook’s reception in conservative countries where Apple Inc. does business.

“The global reaction to this is going to be very interesting,” said Todd Sears, who runs Out Leadership, a group that promotes gay rights. “Will Singapore arrest Tim Cook the next time he is there?”
In Russia, Vitaly Milonov, a city legislator in St. Petersburg notorious for his anti-gay statements, called Thursday for a lifetime ban that would bar Tim Cook from entering Russia.

But Cook’s coming out is unlikely to affect Apple’s sales in Russia, where most people don’t mix ideology with consumption.

The appeal of Apple’s products and the company’s clout probably made it easier for Cook to take a stand, said Richard Zweigenhaft, a Guilford College psychology professor who co-wrote the book “Diversity in the Power Elite.”

Cook’s revelation has the potential to make people worldwide rethink their attitudes toward gays because Apple’s products are beloved around the globe.

Said Sears: “It is going to be hard being a homophobe while holding an iPhone now.”