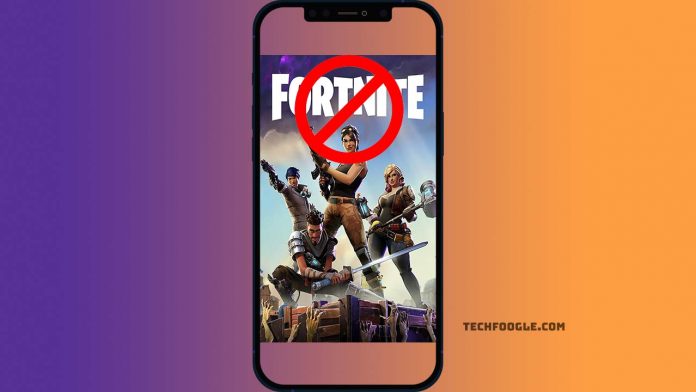 Apple Bans Fortnite: If you haven’t been living under a rock, you are probably aware of the high-stakes legal dispute between Apple and Epic Games. Since Epic sued Apple last year over the removal of Fortnite from the App Store, the two firms have been at odds. Apple has confirmed that Fortnite will not be returning to the App Store anytime soon.

Sweeney further stated that Epic has already paid Apple $6 million as directed by the court and has deactivated its payment server-side. Furthermore, the CEO added that Epic would follow Apple’s regulations, bring Fortnite back to Mac as soon as possible, and reincorporate Fortnite for iOS into its Unreal Engine testing and development process, which will benefit both mutual creators.

However, the Epic CEO also stated that Apple must comply with the court decision and create a fair playing field by allowing customers to choose whether to pay through Apple’s payment system or third-party payment mechanisms. As a result, Epic wants Apple to include buttons or external links that direct customers to other payment methods.

Following this email, Apple issued a scathing response. According to the company, Epic

“committed an intentional breach of contract, breach of trust, by concealing code from Apple and making related misrepresentations and omissions.”  Apple stated that it has complete authority to terminate Epic’s developer account.

Furthermore, the US-based behemoth claimed that Epic Games’ Tim Sweeney earlier declared that Epic will not accept an other payment mechanism in exchange for the return of Fortnite on iOS. However, following many additional remarks made in the aftermath of the court’s decision, and “Epic’s duplicitous conduct in the past”, For the time being, Apple will not reinstate Epic’s developer account. The company also stated that it will not accept any future reinstatement requests from Epic until the district court issues its final decision.

Sweeney moved to Twitter after getting the email to slam Apple and reveal that the firm has blocked Fortnite from the Apple ecosystem until the legal matter is resolved, which may take 5 or more years. You may view the tweets by clicking on the link below.

Late last night, Apple informed Epic that Fortnite will be blacklisted from the Apple ecosystem until the exhaustion of all court appeals, which could be as long as a 5-year process. pic.twitter.com/QCD7wogJef

So, if you were expecting to play Fortnite on iOS again, you won’t be able to do so anytime soon. This is unfortunate news for many iOS and iPadOS users who enjoyed playing the wildly popular Battle Royale game on their devices.