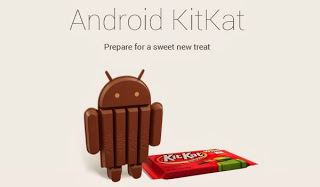 Google’s latest flavour of Android, Version 4.4 KitKat, grabbed quite a few headlines when it officially launched alongside the Nexus 5 on November 1. Along with some nifty changes under the hood, it was confirmed that the new OS will be able to support lower-end Android phones as well. At the time of launch, the company had said that the new system would start rolling out to other Nexus devices very soon.

A couple of tweets and a Google+ post now show that Google has kept to its word. The Android team has announced that the both the 2012 and 2013 Wi-Fi models of the Nexus 7 as well as the Nexus 10 will begin getting the update to Android 4.4 starting today, while the mobile data-enabled Nexus 7 and the Nexus 4 will be getting the update “soon”. While the OTA links are still not out, it is certain that Google will not make anxious users wait for too long before rolling out all the relevant details.

Stay tuned, Nexus 4 and Nexus 7 versions with mobile data will be getting the update soon! http://t.co/TTRzORl4js
— Android (@Android) November 13, 2013

While the announcement came just hours ago, one Reddit user, going by the name ali8283, has already reported to have gotten the update on his Nexus 7. Apart from a few screenshots, the user says that, “I was hoping for a big visual change like the Nexus 5. No transparent menu, status or even app drawer. The only differences I notice are some of the icons and white status icons. The Google launcher isn’t here either, swiping to the left doesn’t reveal Google now. You also still can’t delete home pages, still the default 5. Editing home page also isn’t like the nexus 5, the widgets are still in the app drawer.”

A quick look at what we know about the new OS reveals that users can expect an even deeper integration of Google Now. The company has also included the “OK Google” command, which ensures that you don’t have to touch the screen to start using the device. You can now swipe once from your homescreen to summon Google Now and put it to work by saying “OK Google”. Another feature being talked about is the “Print from anywhere” that allows users to print documents from their phone. And that is just the tip of the iceberg in terms of tweaks and features. You can check out our in-depth look at Android 4.4 KitKat to know all about the new OS.