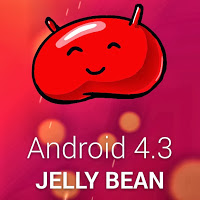 The Galaxy S3 is Samsung’s flagship smartphone from last year. The Galaxy S4 may have taken its place, but plenty of people still use the previous iteration. The Samsung Galaxy S3 still has a lot to offer in terms of specs, features and performance, but it has been stuck on Android 4.1 Jelly Bean for quite some time, just like the Galaxy Note 2
After releasing Android 4.3 update for the Galaxy S4, Samsung has finally started rolling out the new update for the Galaxy S III (GT-I9300). Galaxy S III users were waiting for this update for several months now as Samsung didn’t update the Galaxy S III and the Galaxy Note II to Android 4.2, and the devices were still running a year old version of Android. We are still not sure why Samsung skipped the Android 4.2 update as we do know that Samsung did internally test a few Android 4.2 builds for the Galaxy S III but never released them and stopped development in midway.
There are quite a lot of changes and improvements in the new Android 4.3 firmware over Android 4.1.2. Samsung has completely changed the
core UI to the one found on the Galaxy S4 and Galaxy Note 3, even the setting app has been completely overhauled with a new tabbed interface. The bad news is that even though Samsung has changed the core UI elements, it’s still using the same old original Galaxy S III launcher and widgets. Also, Samsung hasn’t implemented Samsung Knox yet, but we may see it in future builds of Android 4.3. Samsung doesn’t provide an official change log for its updates but after testing a few internal builds and this official one, we can give you folks our own list of changes and improvements we have noticed.
CHANGES AND IMPROVEMENTS IN ANDROID 4.3 UPDATE
– GALAXY GEAR Support
– TRIM Support (Makes the device much faster)
– ANT+ Support
– Core UI elements updated to the ones on the Galaxy S4 (Galaxy S4′s theme all over)
– New Samsung Keyboard
– GPU drivers have been updated (Higher GPU benchmark scores)
– New Lockscreen: Multiple Widgets, improved ripple effect than Android 4.1.2, ability to change clock size and set a personal message
– New Screen modes (From S4): Adapt Display and Professional Photo
– Daydream
– Driving mode
– Actionable notifications
– Move-to-SD-card feature
– New Camera mode : Sound and Shot
– New Additions in Notification Centre
– Completely revamped Settings UI (Tabbed interface – Exactly like the Galaxy S4)
– Implementation of Voice controls (Let’s you control various parts of the phone using voice commands – Galaxy S4 feature)
– New Samsung Apps: Calculator, Clock, Contacts, Gallery, Music
– Full screen Samsung apps
– New S-Voice (from Galaxy S4)
– Found more? Tell us about them in the comments below!
The new software update is being rolled out in phases, so it may not yet be available in your country at the moment but don’t worry it will arrive very soon. If your device is carrier branded then it might take sometime as the update has to get improved by the carrier first and only then Samsung will make it available for your device. For now, the new software update is only available in Ireland.

To keep track of the countries and carriers receiving the new Android 4.3 (Jelly Bean) update for the Samsung Galaxy S III (GT-I9300), check out our live feed below:

To update your Galaxy S III to Android 4.3 Jelly Bean, connect your device to your computer and use Samsung KIES or simply use Samsung’s OTA service. To download and install the firmware via OTA, go to Settings > More > About Device > Software update > Update.