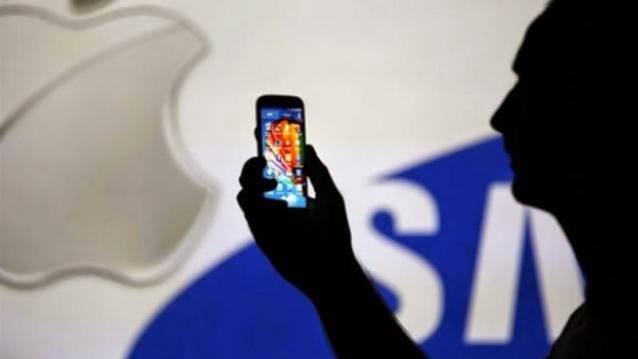 iPhone maker Apple has dethroned Samsung from the top spot on the global smartphone tally, a position that the Korean electronics giant had strongly held for over three years, research firm Gartner today said.

For the entire year, however, Samsung firmly held on to the top slot. According to Gartner, the US-based firm captured a 20.4 per cent share (74.83 million units shipped) of the global smartphone market, which saw over 367.48 million units being shipped in the October-December 2014 quarter.
Samsung, which had a 24.4 per cent share in the third quarter of 2014, saw its share declining to 19.9 per cent in the last quarter of the year with shipment of 73.03 million smartphones.

Samsung continues to struggle to control its falling smartphone share, which was at its highest in the third quarter of 2013 at 29.5 per cent, he added. “This downward trend shows that Samsung’s share of profitable premium smartphone users has come under significant pressure,” Gupta said.

Gartner Research Director Roberta Cozza said while Apple dominated the premium phone market and Chinese vendors are increasingly offering quality hardware at lower prices, Samsung can secure more loyalty and longer-term differentiation at the high end of the market through a solid ecosystem of apps, content and services.

However, the Korean major stayed firm as the largest smartphone vendor for the year 2014 shipping over 307.5 million smartphones (24.7 per cent share) compared to Apple, which shipped 191.4 million units and had 15.4 per cent share.

In 2014, total smartphone shipment totalled 1.2 billion units, up 28.4 per cent from 2013 and represented two-thirds of global mobile phone sales. Lenovo (along with Motorola sales) had a 6.6 per cent share, followed by Huawei (5.5 per cent) and Xiaomi (5.1 per cent) in October-December 2014 quarter.

Chinese vendors like Huawei and Xiaomi are continuing to improve their sales in China and other overseas markets, increasing their share in the mid to low-end smartphone market. “Chinese vendors are no longer followers. They are producing higher quality devices with appealing new hardware features that can rival the more established players in the mobile phone market,” Cozza said.

Brand building and marketing will be key activities in deciding which Chinese vendors can secure a foothold in mature markets, she added.