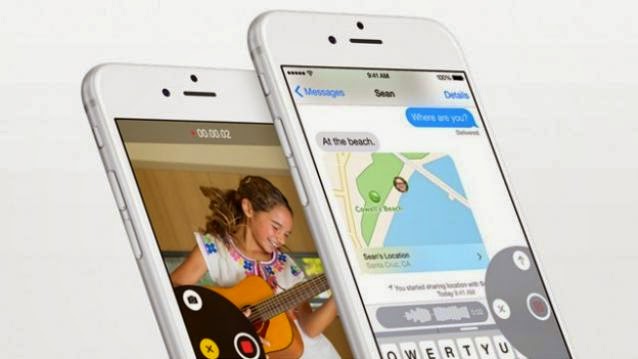 Apple’s latest mobile operating system iOS 8, which took off last week, finally came with some quintessential additions to help it keep up with Android’s burgeoning dominance. Some features such as third-party keyboard support, widgets and local search suggestions have finally made their way to Apple devices in the iOS 8 update, which were previously specific to Android devices. While there are some nifty features available to all iOS users, some others continue to evade Apple users in India.
Apple announced its mobile payment service Apple Pay during the launch of its latest iPhone 6 models, which is currently available only in the US. While we don’t expect Apple Pay to hit the Indian market any time soon, here’s a list of other features that are yet to come to India.

1. Wi-Fi Calling
The iOS 8 update introduced Wi-Fi calling, which allows users to make free calls over Wi-Fi instead of a cellular network. This also means you can make calls using the iPad. However, this function also needs carrier support, which is currently not available in India. In the US, T-Mobile is offering voice over Wi-Fi, while Verizon and AT&T are expected to launch this service soon.

2. Keyboard dictation
Again a part of the iOS 8 update, Apple allows voice dictation using it’s own keyboard (the feature is not extended to third-party keyboards). However, the feature is not available for English (India) – the default language setting for Indian users. There’s no dictation support for Indian languages, either.

3. Spotlight suggestions
Spotlight is the Search bar that appears when you swipe the homescreen from the top. The feature had little use as it would only search items on your iPhone or iPad, including emails, contacts, messages, music and other locally stored items. Spotlight in the iOS 8 update includes suggestions from the Internet, iTunes and the App Store. Sadly, the most exciting bits – locating nearby locations, showtimes for movies, the latest news – are not available in India, so far.

4. Siri features
The iOS 8 update allows you to trigger Siri when the phone is charging just by saying “Hey Siri” and ask it to identify which song is playing around you. However there are many other features including restaurant reviews, voice directions, local search, Twitter and sports integration that are still not available to Indian users.

Apple’s own Maps app provides only satellite maps in India. Support for directions, turn-by-turn navigation, 3D view of buildings, local search and traffic information are yet to come to most Apple users outside the US. No wonder Google Maps is still the most popular navigation app in India. It’s also considered to be a lot more accurate than Apple Maps.

6. iTunes Radio
iTunes Radio, Apple’s music streaming service, has failed to make its way to India in yet another iOS update.

7. Paid iBooks
In India, the new updates in the iBooks app make little sense as users can only use free books available on the bookstore. This is very limited compared to iBooks in other countries apart from the US, which houses over 1.8 million titles. The iBooks app comes pre-loaded in the iOS 8 update, which you cannot delete.