3 Reasons to Get Excited for Windows 10 This Week 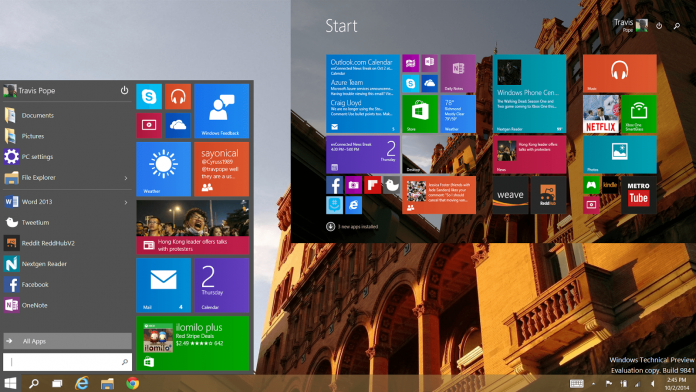 There’s an excitement surrounding the Windows ecosystem that we haven’t seen in years, three years to be exact. On January 21st, Microsoft executives will take to a stage at its Redmond, Washington headquarters reveal more details about Windows 10. It’s exciting because the stakes couldn’t be any higher.

We’re used to Apple talking about its yearly updates to iOS for iPhones and iPads. We’re used to Google delivering small incremental improvements with each version of Android. This week’s Microsoft event is expecting because it’s the first event since Microsoft plotted a new course for Windows. 2012’s Windows 8 and 2013’s Windows 8.1 updates were about improving on the original Windows 8 vision. They addressed some pain points, but they weren’t big enough in scope to bring new users into the fold. No one who didn’t like Windows 8 necessarily had their mind changed by Windows 8.1.

Here are 5 reasons average users should get excited about Windows 10, whether you’re buying a new device or looking to upgrade.

For Some, Windows 10 is Windows 7 Done Right

It’s impossible to overstate how alienated some users were by Windows 8. Some have argued that the biggest part of the problem was how unfinished Windows 8 felt with its two settings apps and lack of customization. Microsoft starting addressing both issues in Windows 8.1.

Windows 10 isn’t about forcing you to adopt the Start Screen on your notebook or desktop no matter how mature it is. Microsoft doesn’t want you to switch over to using only programs installed from the Windows Store with full-screen interfaces. Instead, Windows 10 adapts to the input methods you have. If you’re on a device without touch you’ll get a miniaturized Start Screen that looks a lot like the Start Menu from Windows 7. You can pin apps there, or launch Desktop apps too. Additionally, every Windows Store app will open in the Start Screen alongside programs.

If you want something that sits in between a touch specific experience, Microsoft has Continuum coming. Continuum, will prompt users on devices with touch and keyboards to switch to a interface that’s better for what they’re doing. The bottom line is that Windows 10 will be the closest you can come to get a modern Windows 7 experience.

The Desktop Has Improved

With Microsoft focusing on improving the Windows experience for multiple devices, the company needed to address the issues that plague the Desktop. Microsoft has already disclosed a few features for the Desktop.

Windows 10 has multiple Desktops so that users can organize their apps based on what they’re doing. For example, every app related to work can reside in one Desktop. You can add another for all your personal stuff that you don’t want anyone else to see immediately.

Today, Windows Desktop and Windows Store apps have different types of notifications. The Desktop now includes the Action Center, a central place for users to check all of their notifications.

Key combinations have allowed users to rearrange apps on their Desktop for years. It’s an easy way to multitask, users just grab the top of a window with their mouse and drag it to the side of their screen. App Snapping is seriously improved in Windows 10. You can snap four different apps now instead of two and Windows 10 makes suggestions based on the apps you already have open.

The Apps Are Better

To put it mildly, Windows Store apps kind of stunk. Ok, honestly, they were pretty bad. Xbox Music had an interface that required users to swipe from left to right before they saw everything it offered. Worse, Windows Store apps made by Microsoft use App Bars, what’s possibly the worst interface idea to have ever come out of Microsoft. App Bars are take essential features and hides them off-screen. Usually, there are no hints that an App Bar is present.

Leaked builds of Windows 10, mainly version 9901 hints at big designs for most of Microsoft-made apps included with the operating system. Windows 10’s camera app looks to be an upgraded version of Lumia Camera for Microsoft Mobile Windows Phones. The team creating the Photos app has seemingly borrowed the refreshed design of Xbox Music and Xbox Video from Windows 8.1.

Control Panel and Settings are in the midst of a combined designed too, it appears. Windows 10 apps, judging by just those that have leaked, seem to be moving in a positive direction. That’s very, very good news.

Windows 10 is exciting because Microsoft seems poised to deliver a decent experience for everyone, not just touch users. That’s pretty big news.