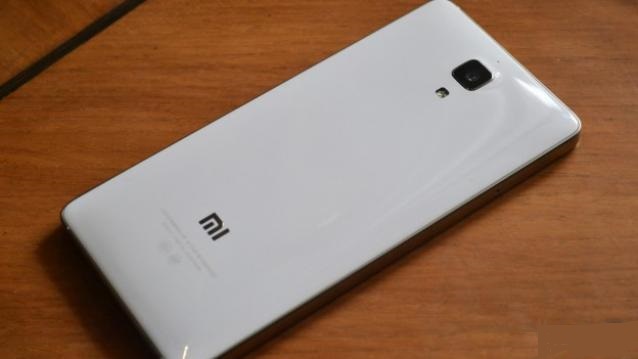 Xiaomi’s upcoming event in China will reportedly showcase the company’s upcoming MIUI 7 along with a new device, most probably the Redmi Note 2 as well. After numerous leaks, an online retailer Oppomart has listed the smartphone with full specifications along with the price tag at $199 (approximately Rs 12,880). 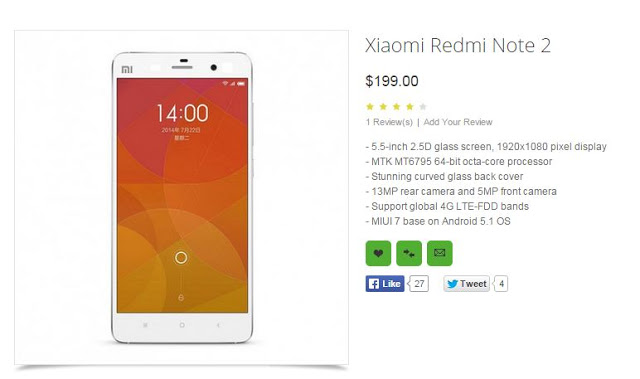 According to the listing on Oppomart, the smartphone will feature a 5.5-inch 2.5D display with a 1080 x 1920 pixel resolution, along with a 403 PPI. It will be powered by a 64-bit MediaTek (MT6795) octa-core processor paired with 2GB of RAM and Adreno 405 GPU. It will come equipped with a 13MP rear camera with Sony IMX214 sensor and a dual tone LED flash, along with a 5MP front facing camera. The smartphone will feature a curved glass back cover as well.

It will include an internal storage at 16GB and will run Android 5.1 Lollipop-based MIUI 7. It will include connectivity options such as support for global 4G LTE-FDD bands.  It will be backed by a 3600mAh battery and will also feature dual micro SIM card slots.

Another leak regarding the Xiaomi Redmi Note 2 was spotted a few days ago. According to the report, a Chinese tipster @KJuma had leaked an image of the unannounced smartphone, reported PhoneArena. Another image also showed the box in which the device will ship.

Xiaomi has sent out a forum update about the launch of the MIUI 7, Xiaomi’s custom user interface atop the Android OS, in India on 19 August. Hugo Barra, Xiaomi’s VP for international, will be launching the new OS at an event in New Delhi on the said date. Xiaomi has sent out the invite to its fans in India who will need to apply on the site.