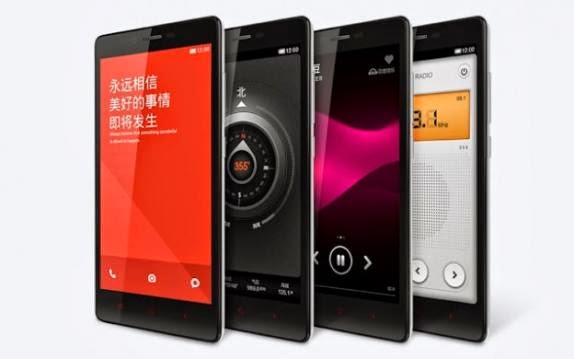 After a grand entry into the Indian market earlier this year and making its presence felt with unique flash sales and zero-advertising expenditure, Xiaomi has now allegedly found itself embroiled in a new controversy- snooping and stealing data. If the chatter online is to be believed then Xiaomi has been accused by the Indian Air Force (IAF) of sending user data to servers in remote located in China.

In fact, IAF is also believed to have alerted all its Commands and Squadrons and suggested that air force officers and their families should refrain from using Chinese mobile devices. This isn’t the first time the Indian defense forces have made such an accusation. The Indian Army had issued a similar security alert against Chinese mobile applications. The Army claimed that the location-sharing features of some of the applications may be wrongly used to track and target people working in defence, research, government sector and so on.

According to New Indian Express, the latest IAF alert note reads, “F-secure, a leading security solution company, recently carried out a test of Xiaomi Redmi 1s, the company’s budget smartphone, and found that the phone was forwarding carrier name, phone number, IMEI (the device identifier) plus numbers from address book and text messages back to Beijing.”

Talking about incidents of Xiaomi devices sending user data to China, the note further states that a Hong-Kong-based phone user has tested the Redmi Note and found that it has been designed to automatically connect to an IP address that is hosted somewhere in China. The data sent to the server includes media storage and SMSes.

Xiaomi has faced several allegations of security leaks in recent months.  In August, the Taiwanese government had started investigating whether Xiaomi is a cyber security threat and said it will make a decision within three months. The government had begun performing independent tests on Xiaomi phones after reports about some models automatically sending user data back to the firm’s servers in mainland China surfaced.

The note also cites Phonearena that claims the Chinese government may be involved. “According to the PhoneArena report, looking up the website of the company owning the IP address in the range 42.62.48.0-42.62.48.255 reveals that the website owner is www.cnnic.cn. CNNIC is the administrative agency responsible for Internet affairs under the Ministry of Information Industry of People’s Republic of China. It is based in the Zhongguancun high tech district of Beijing,” IAF adds in the note.

Xiaomi has been tight lipped and hasn’t commented on the matter yet. India is an extremely crucial market for Xiaomi and the company has almost shed the Chinese brand image to woo audiences here. In a very short span of time, the company has managed to sell well over 2,50,000 units here. In an earlier interview, Barra had said, “India as a market has a lot of potential for smartphones, but it will probably take a couple of years for it to reach this potential. It’s like quarter of a size of China’s smartphone market or maybe even a fifth, so obviously there’s a long way to go.” If the Xiaomi system turns out to have loopholes, it could be a huge setback for the company’s image and obvious sales in India.