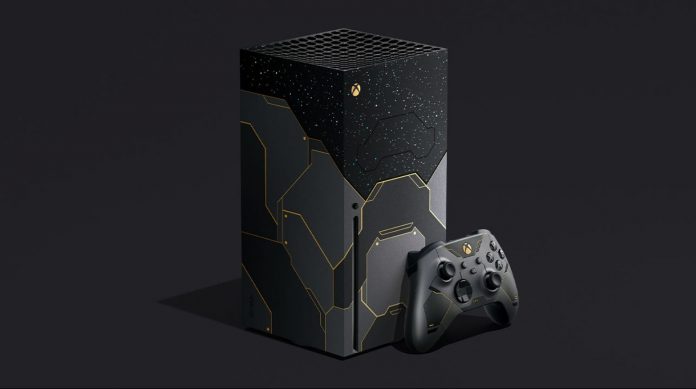 Xbox Series X Halo Edition: Microsoft revealed its first custom Xbox Series X console based on the Halo Infinite title recently, after announcing the release of the much-anticipated Halo Infinite title in December later this year. The console will have Halo-themed sounds, lights, and an Xbox controller to match. In addition, a Halo-themed Xbox Elite 2 wireless controller will be released by the company.

The news was made at Microsoft’s Gamescom 2021 event, where it also revealed cloud gaming compatibility for the Xbox Series X|S and Xbox One. The limited-edition Halo Infinite Xbox Series X is being released to commemorate the Halo franchise’s 20th anniversary.

Microsoft has just unveiled its first custom Xbox Series X console based on Halo’s infinite title, after announcing the release of its much-anticipated Halo Infinite title in December this year. The console contains halo theme sounds, illumination, and a corresponding Xbox controller. In addition, it will launch a Wireless Controller Halo-themed Xbox Elite 2.

(also see: Xbox Series S Vs Xbox Series X: Difference and Comparison and which should you buy?)

Since a result, the former news should excite long-time Halo fans, as the modified Xbox system has all of the design aspects needed to transport gamers to the Halo universe.

To begin, the Halo Infinite Xbox Series X is designed in a black-grey color scheme with golden accents. The top part of the console also has a starry design that gives it a Halo-like appearance. In terms of other aesthetic features, Microsoft changed the regular Xbox Series X console’s green-colored light with a blue one to complement the style. Furthermore, the console plays special Halo-themed startup and function tunes.

It includes an Xbox controller that matches the console’s appearance. In addition, the Xbox Series X system will include a copy of the upcoming Halo Infinite game in the box, rounding off the package. The trailer for the Halo-themed Xbox Series X is included below.

Aside from the unique Xbox Series X controllers, Microsoft has also released a Halo-themed Xbox Elite 2 controller. It has a metallic green color scheme, black ABXY buttons, and a gold D-pad, giving it the appearance of Master Chief. If you don’t want to spend the money on an Xbox Series X console, the Halo-themed Elite 2 wireless controller is a good alternative. 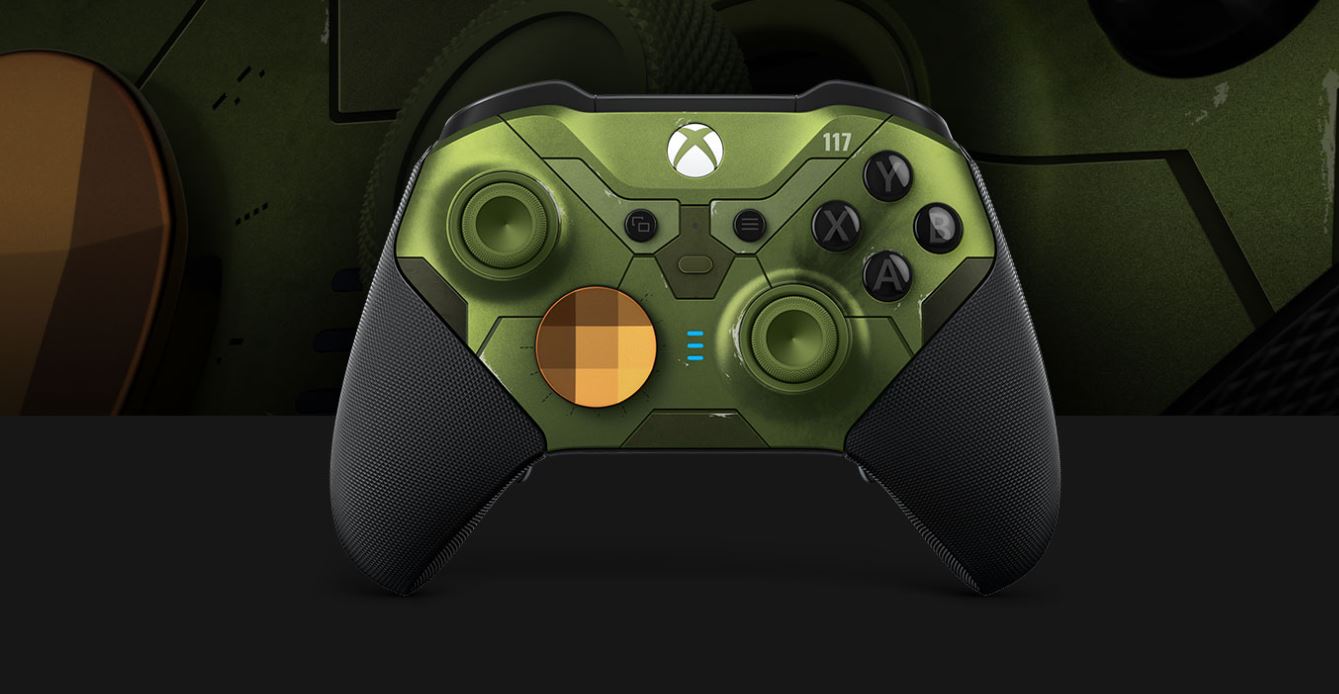 Starting November 15, both the Halo-themed Xbox Series X and the wireless Elite 2 controller will be available for purchase on Microsoft’s official website. The console, however, will be accessible in extremely limited quantities, according to the Redmond behemoth. The Halo Infinite-themed Xbox Series X and the Xbox Elite 2 controller are available for pre-order at the following links.