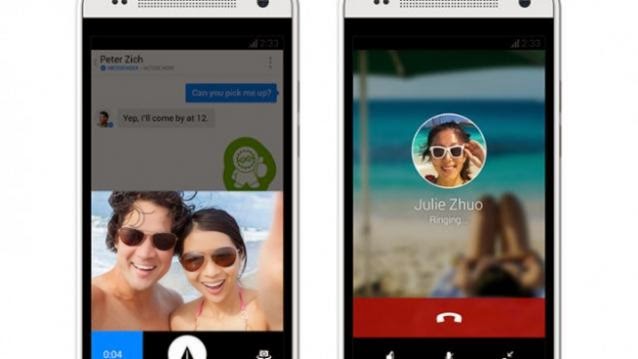 Social networking site Facebook said its messaging service is being used by more than half a billion people, few months after it was separated from the main Facebook app.

Facebook said in April, that users would need to download a separate app for Messenger, which would allow them to send videos, make free calls and chat with groups. The company said in April that its Messenger service had over 200 million users.

In fact CEO Mark Zuckerberg also had an answer about why they got everyone to install the app. He said at a recent Q&A, “The first thing I want to do is acknowledge that asking everyone in our community to install a new app is a big ask. We really believe that this is a better experience and the messaging is really important. Each app can do one thing well.”

However for Facebook, getting people to download Messenger came with its fair share of backlash. According to rumours and various petitions that were floating on the Internet, it was argued that Facebook Messenger posed a serious privacy threat, because it would secretly use the phone camera and record audio, call and send messages without user permission, identify details about the users and all their contacts, and send that info on to third parties.

In fact Facebook had to then issue an explainer on Messenger to quash the false reports. Facebook Messenger Team’s Peter Martinazzi had written in a blogpost, “some have claimed that the app is always using your phone’s camera and microphone to see and hear what you’re doing. These reports aren’t true, and many have been corrected.”

So how exactly does Facebook use the camera and microphone through the messenger app? As the blogpost explains, like most other apps it needs permissions to be able to click photos, record audio, etc.
The post reads, “Like most other apps, we request permission to run certain features, such as making calls and sending photos, videos or voice messages. If you want to send a selfie to a friend, the app needs permission to turn on your phone’s camera and capture that photo. We don’t turn on your camera or microphone when you aren’t using the app.”

Where Messenger is concerned, the privacy concerns were blown over the top. At the end, Messenger just wants access to all those features that other messaging apps on phones want as well.
Now with the company separating the app from Facebook, it appears that at least the number of users who are turning to the app has increased.