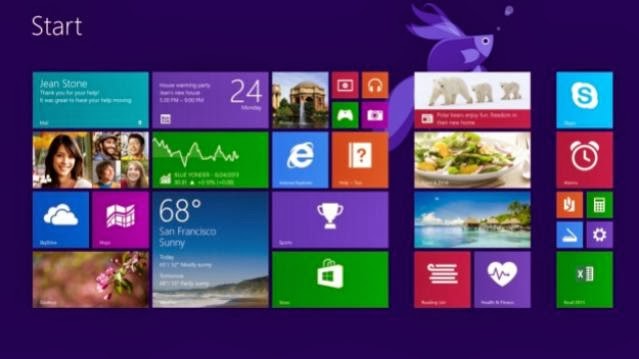 Although the Microsoft Windows 8.1 Update is still scheduled to officially come out in April 8th, it was leaked on the web yesterday. The source of the leak was strangely Microsoft itself!

The Windows 8.1 Update 1 was allegedly released earlier to PC manufacturers and was supposed to roll out gradually to employees within Microsoft, then onwards to MSDN subscribers and finally to the general public via a Windows Update.

The Windows 8.1 Update 1 was allegedly leaked through Microsoft, but the download links on forums no longer work.

Links to download the final version of the Windows 8.1 Update were discovered thanks to Microsoft’s Windows Update service. There even was a tutorial on the forum MyDigitalLife on where to download the Windows 8.1 Update 1, using links as well as registry edits. When executed, you would get the patch as a download in Windows Update. At the moment, these download links and the registry tweaks aren’t working.

The design changes include the ability to show Windows 8 apps on the desktop taskbar, the ability to show the taskbar above the Windows 8 style apps and a new title bar with the option to minimise, close or snap apps. Also a Shutdown button is being added to the Start Screen for the non-touchscreen machines. Microsoft has plans to boot the non-touchscreen machines directly to the Desktop Mode rather than having to switch from the tiled UI to the desktop mode.

Another major addition is that Windows 8.1 Update 1 will allow PC makers to make machines having just 1GB of RAM and 16GB of storage to run Windows 8, thereby reducing the entry barrier for a Windows 8 machine. Also the Windows 8.1 update sets Bing as the default search engine within Internet Explorer. Users can still change these settings and download other browsers.